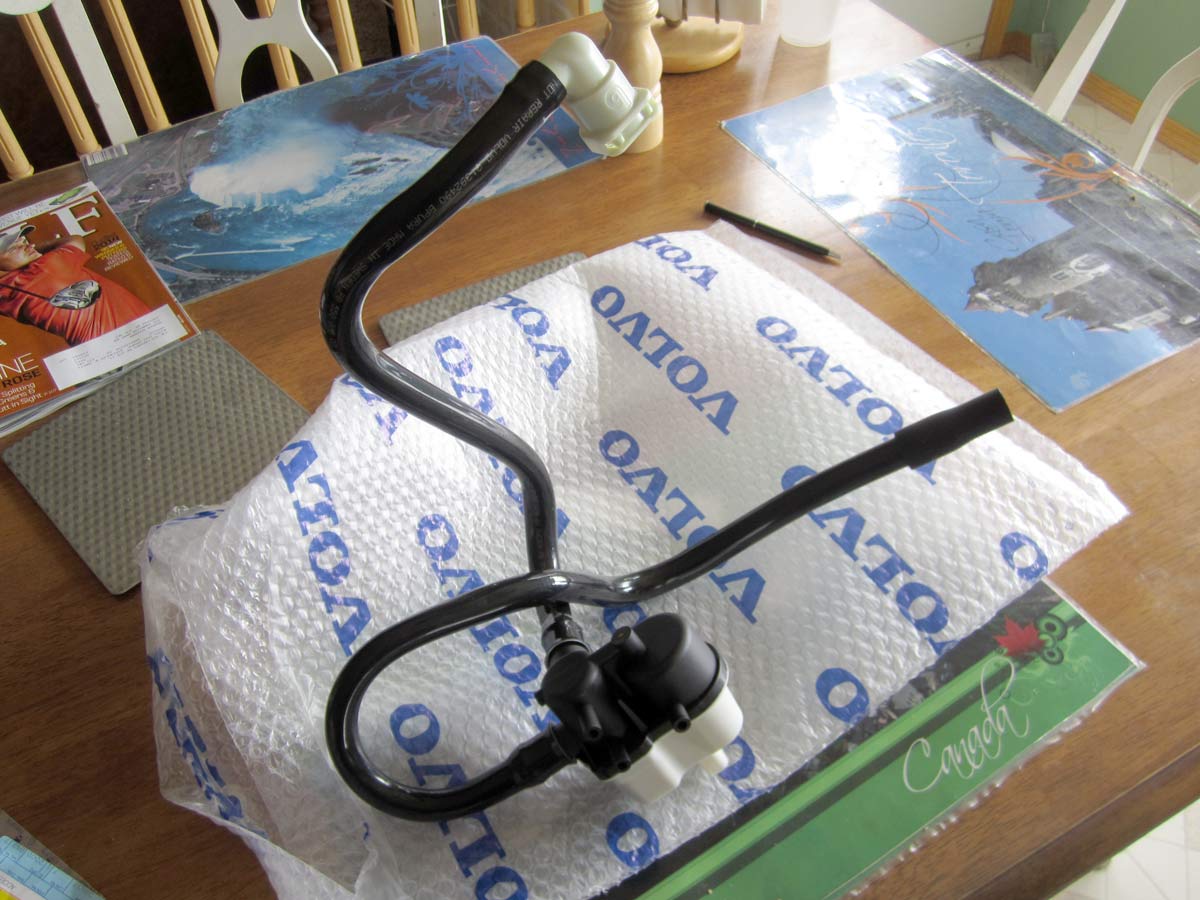 In my last post I asked if anyone could confirm that the part I purchased from Volvo was the correct part as it looked different to the Vida info. It turns out Volvo (in their infinite wisdom) have updated the part number to a generic part that actually fits only the XC60 as supplied (not 100% on that). Apparently you have to cut the 2 pipes off that are supplied with it and use your original pipes to make it work!!

Below [above] is the pump as supplied.

Oh, forgot to say that when the 2 plastic pipes are cut off, the part fits just the same as the original with the same mounting points.

Also discovered the rear muffler is shot, and when I went to buy a new one, found it is sold as 2 parts now. The original was a one piece from the cat back. You have to cut the rear muffler off and the new one comes with an integral clamp to connect it to the front section. Great if you have the tools to do that. Muffler would not undo at the cat as the nuts have rusted solid. Will have to cut off and replace the studs and the nuts.