MVS Volvo Forums member Nevada1906 not only installs a 302mm big brake kit on his 850, he shaves the calipers down so they’ll fit in his 16-inch Columba OE wheels. He documents the whole upgrade. Then he follows up years later on how it’s working. Here’s the story:

After asking around on this site, I decided to go ahead and upgrade my brakes. After researching the topic, I decided that I could make the FCP Groton 302mm kit fit my car and its 16″ Columbas. The sources that say this size brake doesn’t fit Columbas are correct, but they usually fail to elaborate that if you’re willing to modify the calipers. you can have the big brakes. Here’s how I did it.

Let me tell you though, I hurled a whole soccer riot’s worth of invective and profanity at the car while I was doing this conversion. You only end up with about 2 mm of clearance between the caliper and the inner surface of the wheel, but it’s still clearance.

I’m waiting for the paint to dry right now, so when I get it back together, bled out and tested, I’ll post Part 2.

It’ll be tight, but the Columba WILL clear. Notice in the stock shot the below, the external ribs stand proud of the surface about 3/16 inch. 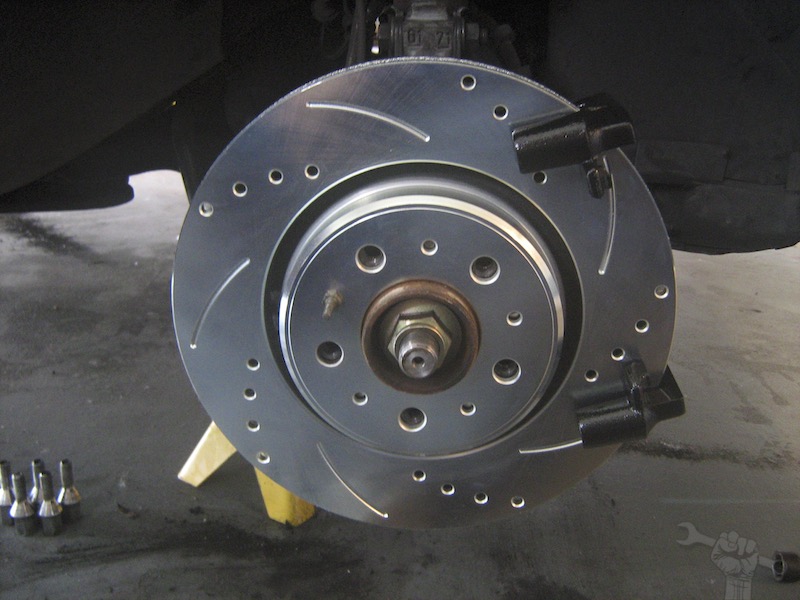 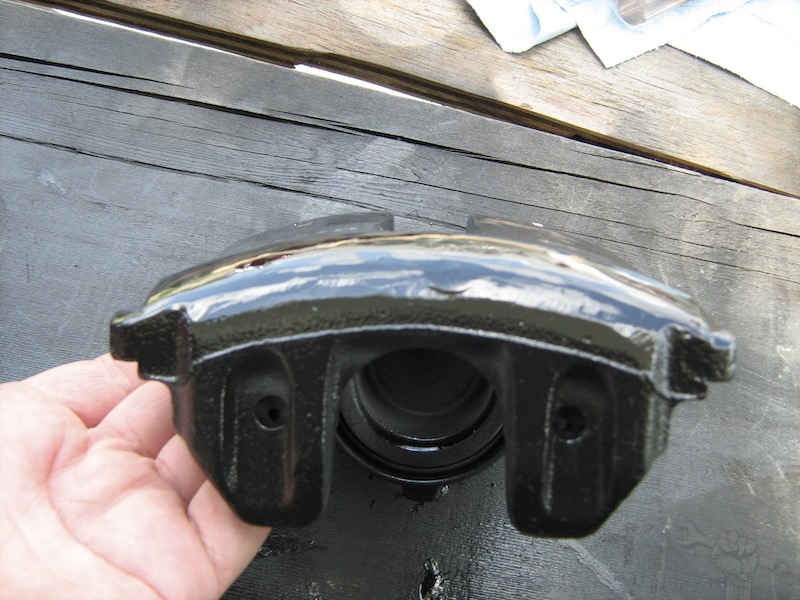 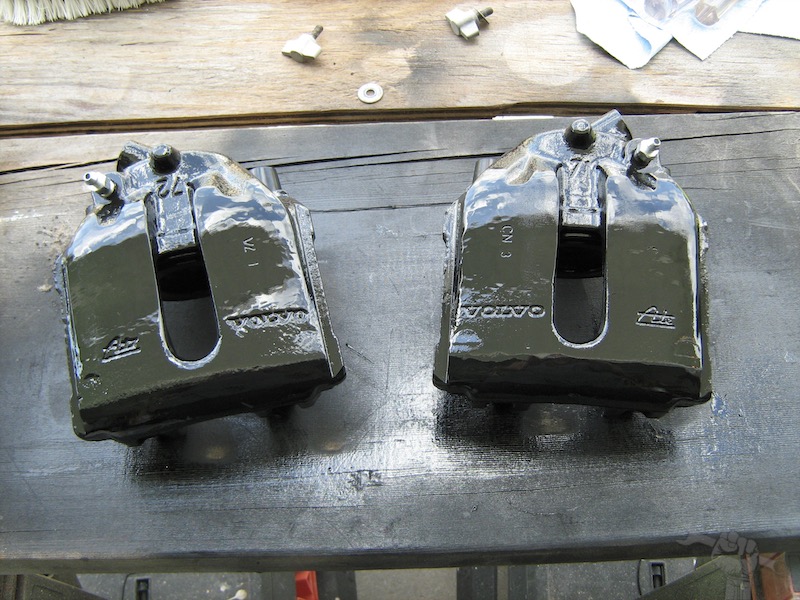 Just wanted to say that way back in June 2012, I posted that I upgraded my brakes to 302mm front rotors by shaving down my stock calipers to fit my Columbas, which gave me JUUUUUST enough clearance to do the trick.

20,000 city and highway miles later (some of it through West Virginia multiple times), these things are still working fine. No wheel rubbing, no caliper warping, nothing but strong, fade-free performance. I’ve taken the wheels off multiple times to clean and inspect them, and the calipers aren’t bent or anything. Volvo really overengineered everything on this car.

And for some reason, still just about as thick – rotors and pads on all four corners – as when I bought the kit. I can’t figure that part out. I’m absolutely sold on the Akebono-Zimmerman combination. If anyone wants to see what I did, the link’s above in this post. The mod might not be recommended, but it really works. 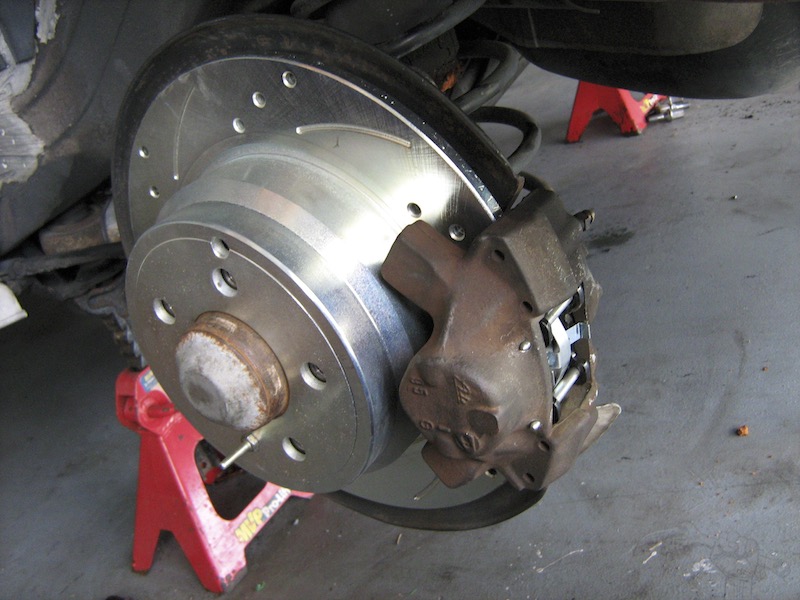 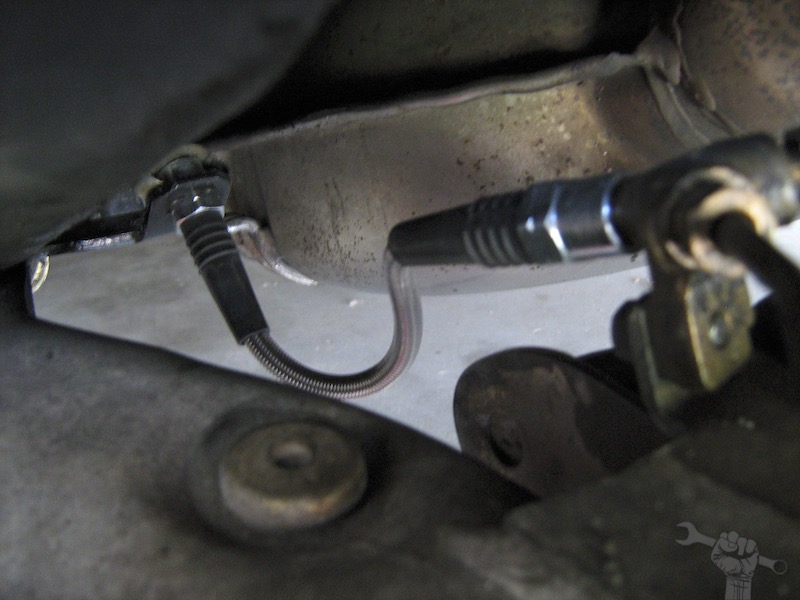 Thanks for the comment, ipdown. Good to know these fit with spacers.

I very like Columba wheels and drive them on my 940 with 30 mm spacers for the last 4 or so years. Just did the big brake mod, I was aware that these wheels might not fit
without grinding the calipers. But guess what – 30 mm wheel spacer does the trick and the wheel fits just perfect around the caliper – so big brake mod on 940 with Columba wheels is almost plug and play – the only non-OEM thing needed was 6.3 mm steel spacers for the caliper hangers and wheel spacers that I already had. Just FYI.