Want To Know How to Change Coolant and Avoid Destroying Your Engine? If you’re looking to change the coolant (antifreeze) on your modern Volvo, slow your roll! There’s a couple things you need to know beforehand that could save you major frustration, and possibly even ruining your beautiful automobile. MVS user headrc recently asked the […]

Thor’s Hammer is the nickname given to Volvo headlights since the second-generation XC90 debuted in 2015 on the SPA platform. It’s a distinctive shape that, well, looks like a hammer ;-). The headlights got the moniker Thor’s hammer because Volvo is Swedish, and modern-day Sweden was the center of the Viking Age.   In Norse mythology, Thor is […]

Volvo Cars North Miami wanted to make a television ad for the new Volvo XC40. Ok, nothing out of the ordinary here, except for perhaps the sheer quality of the finished product. And that it’s gone viral. Or rather, the “making of” video of the ad is going viral. The ad we can’t find.  😮 😳 🙄 […]

Volvo Ushers in a New Form of Car ‘Ownership’ with Care by Volvo Volvo is quickly becoming one of, if not the, auto manufacturer pushing the entire car industry into the future. First, their 2009 announcement that, starting in 2015, they would focus exclusively on efficient, turboed 4 cylinder engines (or smaller) across their entire […]

The MVS page for Volvo’s new XC40 is up. It’s the smallest of Volvo’s (now) 3-SUV lineup, and completes the Small/Medium/Large set of cars Volvo should have had half a decade ago, in our humble opinion. Mercedes-Benz lists no fewer than seven SUVs. Volvo XC40 page The MVS XC40 page mentions how this is Volvo’s […] 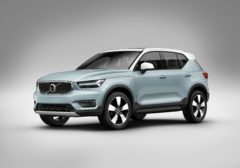 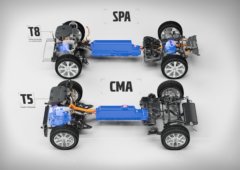 Did you hear CMA Platform Joins SPA The new CMA platform page is up, and it details what we know about Volvo’s platform for the smaller Volvos coming out this year and in the next decade (possibly more). The bigs have been released (SPA platform – XC90, V90, S90, V90 Cross Country), now it’s time […]