MVS Volvo Forums moderator and all-round gentleman  Ozark Lee explains with great detail how to fix your 850’s (or up-to-year-2000 XC-70, S70 and V70) dash once and for all. This repair fixes broken dash mounts, which cause sagging, vibration, squeaks and rattles.

My dashboard mount saga began about 5 years before this post with the purchase of a 1996 850 Platinum Edition turbo. When I purchased the car the right hand side of the dash was literally flopping around when going over bumps and all of the movement resulted in a lot of noise. I pulled the dashboard and the initial repair was documented in Volvo 850 Dashboard Mount Repair.

Fast forward 5 years and the evaporator decided to give up the ghost. Following the same procedure as before, I removed the dash and set forth to replace the evaporator and restore the air conditioning in the car. Over the 5 years and 75,000 miles the dash had started to get noisier and it would squeak badly if the car was left out in the sun or if the defroster was run on a high temperature in the winter.

Upon removing the dash I got a chance to evaluate the earlier repairs and effect further repairs.

The initial repairs from 5 years ago did work to an extent but they didn’t completely remedy the problem. The mounts that were not broken before remained largely unbroken. They tried to break but the reinforcing limited the damage to cracks around the mounts rather than the mount breaking free from the duct. 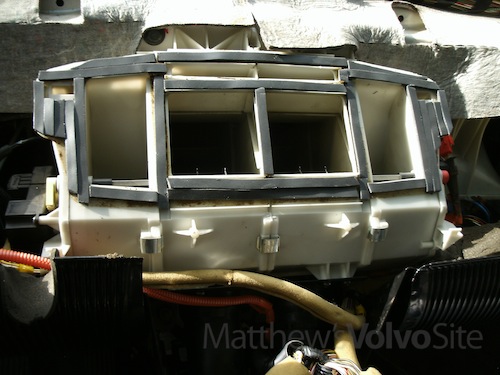 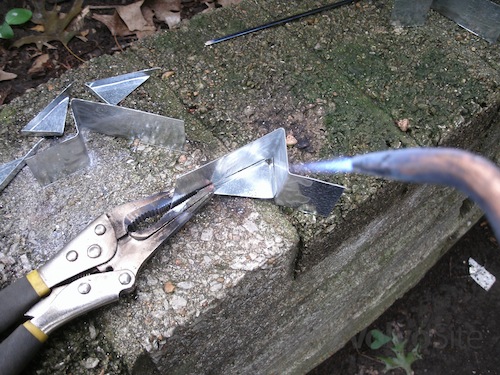 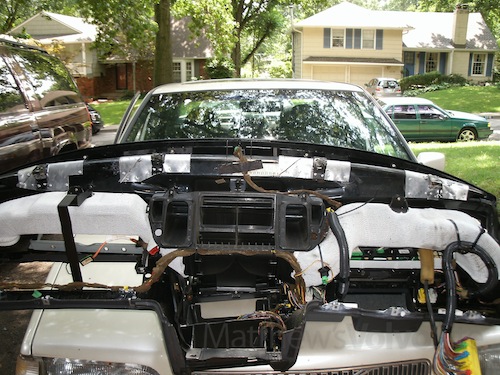 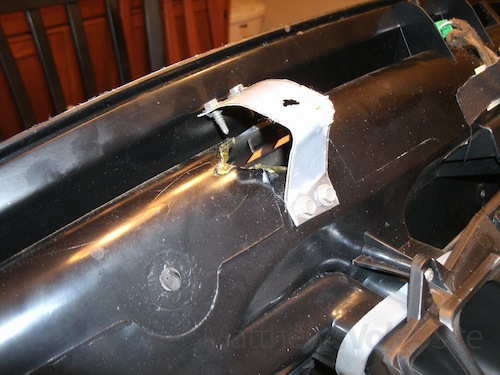