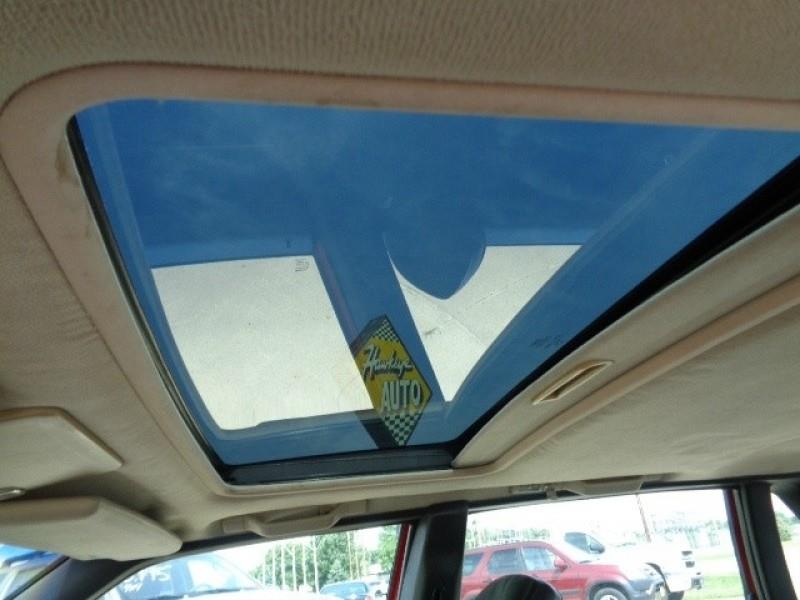 Each time Volvo’s electronics for sunroof + homelink loses power, they require a certain initialization sequence. You might have lost power due to a recently disconnected battery during service.
Just use your remote to lock and unlock the door and everything will work again. This initializes these electronics circuits properly after power loss.
Another reason sunroof doesn’t work is related to the alarm system.

I know it’s still winter, and it’s still a bit nippy in these parts (Central NY), but before spring hits, I’d like to fix a problem. I have a 1993 850glt, but the dead sunroof will not open or pop-up. When I hit the switch, nothing, not a sound comes from the sunroof. What would be the most common problem associated with this? Do the switches go bad or do you think it’s the motor, or is there a relay somewhere?

i believe I still have a good motor if you need one. first I would remove the 3 screws to drop the motor,then give it a try to see if it moves, with the motor removed you should also be able to move the roof by hand, not easily but it should move, these cars are known for also busting tracks, I also have a good right side track if needed. I replaced my left track last summer it was not a complicated job, but I removed my headlinner and removed the entire sunroof mechanism from the car. I believe it took about 2-3hrs total, most of the time was spent just figureing out how it all should work and come apart. their is also a electrical box which controls the motor and tells it when to stop and lift the roof or to slide it back, this may also be bad but I would doubt it. if your motor tests good then I would remove the glass roof first… their are 2 screws on each side and it will very easily come out, figure 5-10 minutes depending on your speed. now with the roof out and the motor out you should be able to slide each rail mechanism, only move them a inch or so first just to see if they both move, if so then also check to see if you are moveing the cable as well (look were the motor goes to see if the cable moves). it is very common for the cable to bust off the mechanism. or it could easily be the motor or gear box. itself. any questions you can email me direct for faster responce. before you tear into it verify the motor works or not, do you get 12V to the motor or is it just the relay clicking???? once you move the slide mechanisms you must realign them before you replace the motor. as long as both sides are in the same position that is all you need to do. you may want to mark the position of the rails, just so you know where closed is. you can email direct if you have any questions
jschick646@aol.com