P1332 & P0013? Where to find the smaller connector when replacing the CVVT with a used one.

P1332 & P0013? Where to find the smaller connector when replacing the CVVT with a used one.

So you're replacing your old style CVVT solenoid with the newer (cleanable) style but it has a smaller plug that faces 180 degrees from the stock connector. If you don't spring for the new part at Volvo (which comes with the small plug, pins & wires) you'll need to find a way to connect it. I found a few posts where people were looking for the connector separate from a new part. The new style connector is really pretty hard to find. Some guys have just soldered wires to the connector pins on the solenoid and filled it with silicone. I wanted a weatherproof connector that I could put on and forget about.

Well I finally figured out what parts I could use by measuring and then eventually visually identified it on various websites.

In my junk box, I found the old coolant level sensor plug and wires. After a quick check it turns out that it plugs right into the old style (straight) CVVT plug, locking in and sealing perfectly. Yes, I could have cut the factory harness and replaced just the pigtail like you get with the new part but I wanted to be able to unplug mine and replace it with either type if I needed to. So I made a short conversion harness out of the old Coolant Level Sensor pigtail and built a new connector from parts bought at Mouser Electronics. The parts list and links are below:

The trouble isn't finding these parts, it's finding them where you can just order what you need, not 36,000 minimum (which I ran into) or something like it. Several places had the connector, but NOBODY had the terminals in stock except Mouser. The parts added up to just over $4 plus $4.99 econo shipping. Econo means sloooooow. Like Fedex Smartpost slow. You have been warned.

The *exact* variant (Code 'Z') of this connector isn't for sale anywhere (except included with the Volvo CVVT parts). I'm sure Volvo made exclusivity a condition when ordering. The 'Z' variant info is even crossed out in the schematic .pdf I found for it. But this one works fine. It just has a small tab of plastic right along the #1 pin side, easily trimmed off, to let it work. You can see the TE connectivity part number right next to it in the pic below. Not hard at all, I just cut mine with a sharp pocket knife.

I did tin my wires before crimping and soldered them after they were crimped. That made the green locking piece a bit hard to put on. I found I had to notch the soldered section to allow the lock to slide in. The old coolant level sensor pigtail is at the top of the pic with the original wires, stripped, tinned and waiting terminals to be crimped and soldered. Just FYI, these wires are a bit too short, but they did work.

The old, larger connector is so big that it becomes a little tight to find a place for it next to your spark plug coil if you make the wires too short. Mine almost wound-up too short. When I finally get in the mood to re-do it, I'll make them about 5.5 inches or so to allow a little extra slack.

I have replaced CVVT and now, once again, enjoy a CEL-free driving experience. It also feels more responsive.
Top

Cool. You'll be pleased. The connector is a perfect fit after trimming.
Top

I can no longer edit my original post but here are the missing links from above: 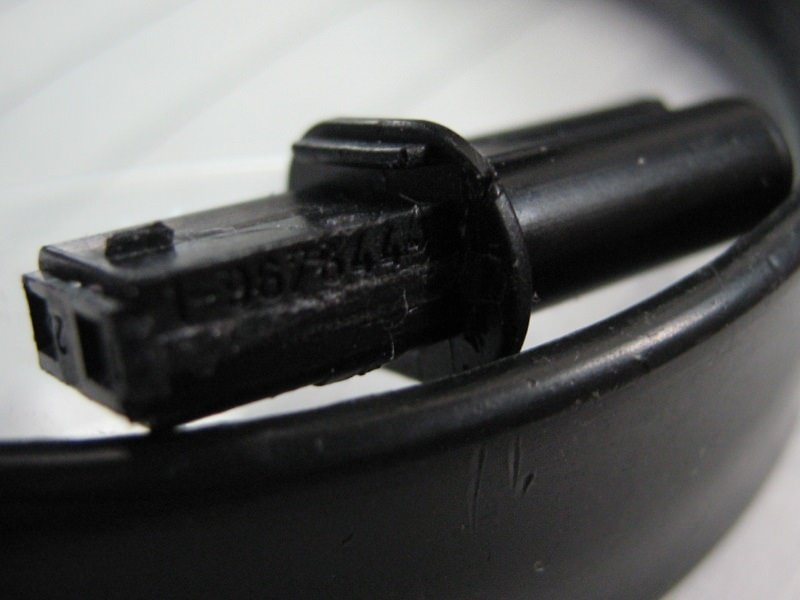 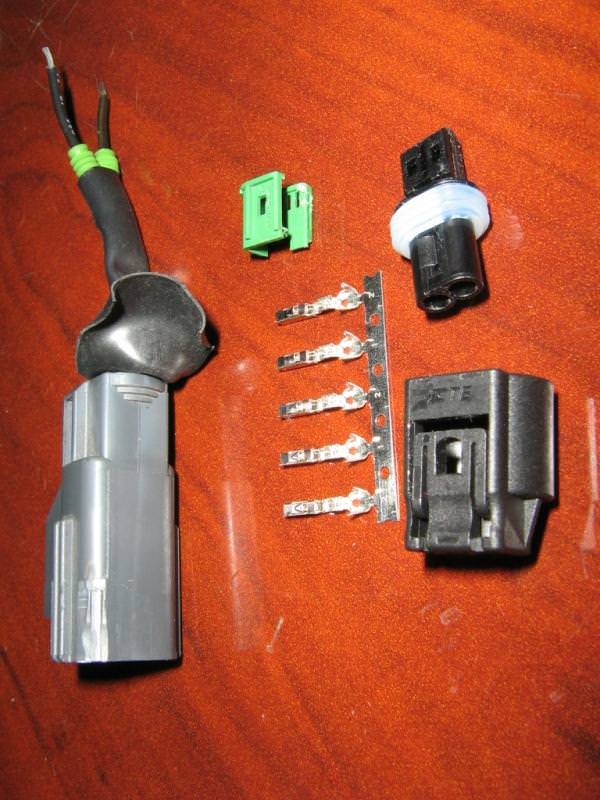