The reason I like these third row seats specifically is because they don't have the latch locking mechanism (otherwise I would have to drill a hole in the back of my second row seats). I just have to lock them in place with that headrest lock (the one that locks from the third row seat onto the second row headrest area).

So, should I buy this? Will it fit my Volvo? Thanks!
Top

They are the same. There are only slight differences in how the seat belt mounts attach behind the 2nd row seats (not the actual mount but how to access as the side panels are slightly different).

I have a full set for sale, but I'm on the western side of Canada un-fortunately:

No drilling is required to install the locking mechanism in the seats - you just need to cut the carpet backing in that area. Scot - if you are talking the latch guide as in this picture here it is still available for sale new. I bought one just recently. 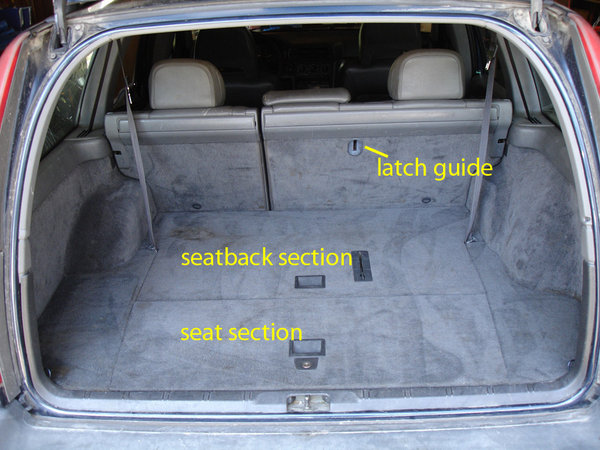 That is good news but troubling, as I have been looking for this part for over a year and tried phoning dealers in Canada and US and all say the part is dis-continued. Maybe you are lucky and found NOS part which is great. Other chance is that maybe Volvo have had enough requests and have started to re-make the part which they have done to me in the past!