What did you do to your Volvo today?

Re: What did you do to your Volvo today?

I would fall into the “ bad quality” camp

I drove the T5 470 miles around upstate NY ona beautiful spring day. Stopped at cabin and mowed lawn since I fired the lawn service, two socially distanced outside meetings.

kallekula wrote: ↑Tue May 19, 2020 8:34 pm Noticed that thermostat gasket had started leaking a bit so I decided to replace that and also all the coolant hoses that were starting to look a bit rotten.

A little follow up:
The thermostat rubber seal was rock hard and fell to pieces when I took it off. The brand was for sure Reinz because it came in a head gasket kit of brand Victor Reinz that I bought and used 8 years ago. The engine has only been driven 50K miles since then.
Should that be called normal or bad quality?

That would be every two years of driving for me, for a part which if it dumps your coolant can mean $2000 of engine work, and can’t be easily inspected.

I would fall into the “ bad quality” camp

I drove the T5 470 miles around upstate NY ona beautiful spring day. Stopped at cabin and mowed lawn since I fired the lawn service, two socially distanced outside meetings.

New gasket is Fel-Pro. Made in the USA

EDIT:
I had a pretty bad oil leak a few weeks back. Without looking I was sure it was the FMS. Turns out it was the oil filter housing o-ring that had hardened and "shrunk". Looked at the oil sticker in the window and it had been about a year since last replaced. New seal and bone dry after that. Can't remember brand though...
BMW 540i 2002
S70 Base 2000

Fixed my flopping glove box door. Had to reinforce the areas where hinges attach to the dash. Plastic just disintegrated. Not the best of designs.
Ended up using small pieces of exterior composite house trim, epoxied, and pre-drilled. Now it's stable enough to hold more than it will ever need to.
And it might even be a little bit quieter....
Try to learn life's bad lessons vicariously through others.
Top

Well after taking it for a test drive, I can say that 95% of my dash rattles are gone ! I was sure that the issue was the main dash mounting bosses, but apparently the glove box area was the bigger problem.
I took a few pictures while I was doing the work, but they're not particularly good.
1st is where the glove box door should have been hinged on the right side. All the plastic was gone, so all that was left was the leather type material with the two slide nuts attached. In pic I had already cut that material away.
2nd is the sort of block of composite material ( think Trex ) that I cut to epoxy in place for the hinges. The saw kerf is so the block can fit over the plastic cast gussets inside the dash area. I could have cut the gussets out, but I decided to keep them instead. Chamfered edge is just so it fits a little tighter to the plastic. Epoxy was made for plastic. Color matching not required, but recommended.
3rd is after the hinge blocks were epoxied in place. I also repaired a couple of the box mounting screw posts that were broken or missing. The one on the right was half gone , so I just tried to capture what was left so the screw would hold. One on left was completely gone.
After epoxy dried, I filed it flat, pre-drilled for the hinge screws and put it all back together.

Try to learn life's bad lessons vicariously through others.
Top

Figured that after doing some interior work, that the exterior needed something, like maybe a little color.
So 1/8" blue pinstripe seemed to fit the bill.

Try to learn life's bad lessons vicariously through others.
Top

Thanks smacknab. From about 5ft. away it all but disappears, but it is the closest to Volvo blue I could find.
Kallekula - A member on here sells the stickers. " sigg " if I remember correctly. You can look him up.
Try to learn life's bad lessons vicariously through others.
Top

Replaced my sunroof and headliner last sunday, easy job, I just wish I had someone to help me lift the sunroof assembly while bolting it 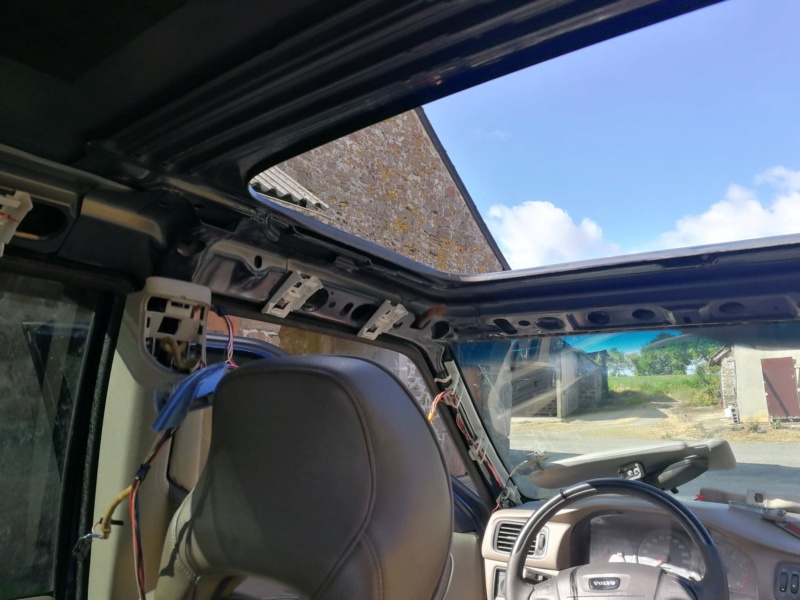 Today I disassembled the old sunroof, it's worse than expected 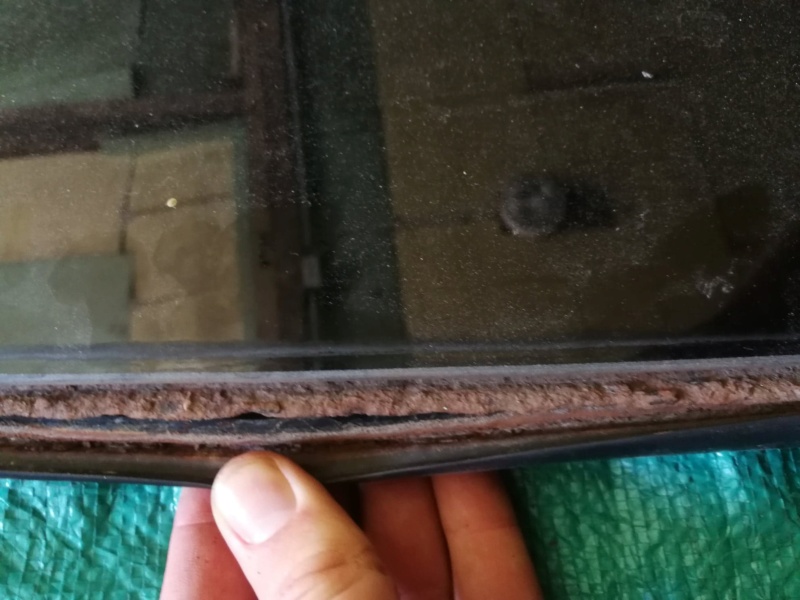