Also keep in mind you probably don't need any sort of tin foil, screws, washers, bolts, etc. to hold it open. There is a little tab where you push on it and it holds the vent closed. Much easier than shoving tin foil in there and it can be done without removing anything except the air filter. Mine has stayed closed for close to 6 months now.
1995 850 GLT Wagon w/ 185,000 miles
Top

wheelsup wrote:Also keep in mind you probably don't need any sort of tin foil, screws, washers, bolts, etc. to hold it open. There is a little tab where you push on it and it holds the vent closed. Much easier than shoving tin foil in there and it can be done without removing anything except the air filter. Mine has stayed closed for close to 6 months now.

The reason why I used aluminum foil in mine is because I removed the whole trap door mechanism. The door is still there, flipped upside down. The aluminum is there to act as insulation and help stabilize the door that has been glued into place. Even with the door in the correct position, the plastic bracket that holds the mechanism in place restricts airflow. Breathing cold air is one thing. I wanted to build the most efficient intake possible with minimum expense and effort.

The 3 way junction as it comes out of the car. Looking at it from the airbox end. 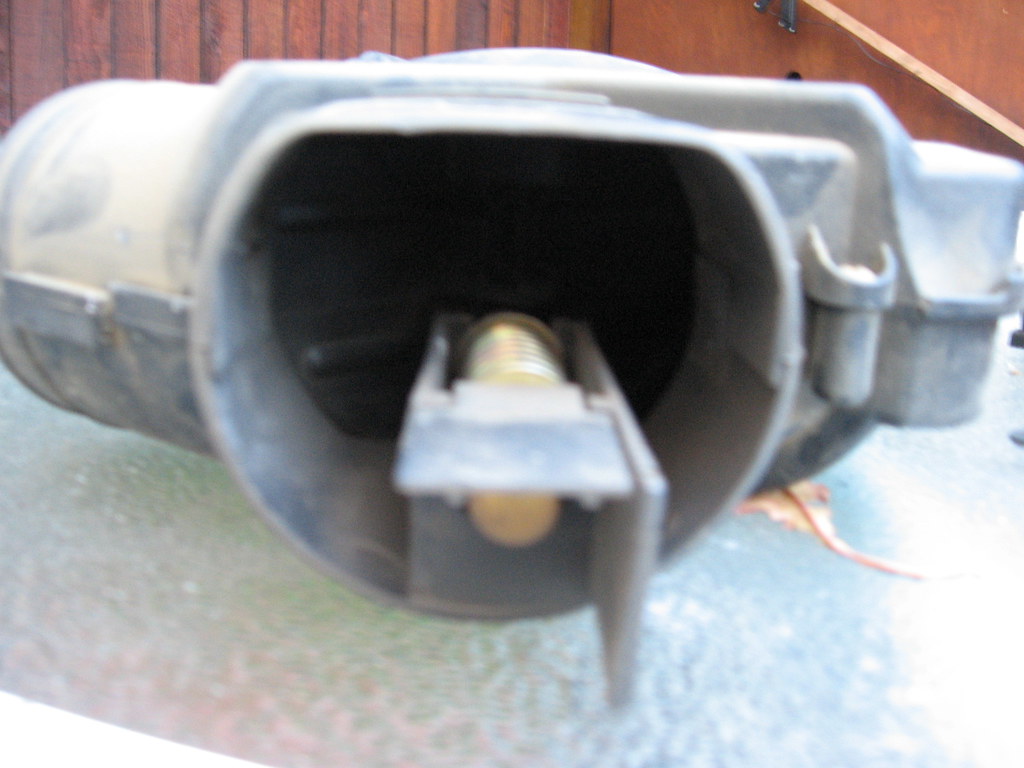 Remove the top half. As you can see, mine was stuck on the hot air side. 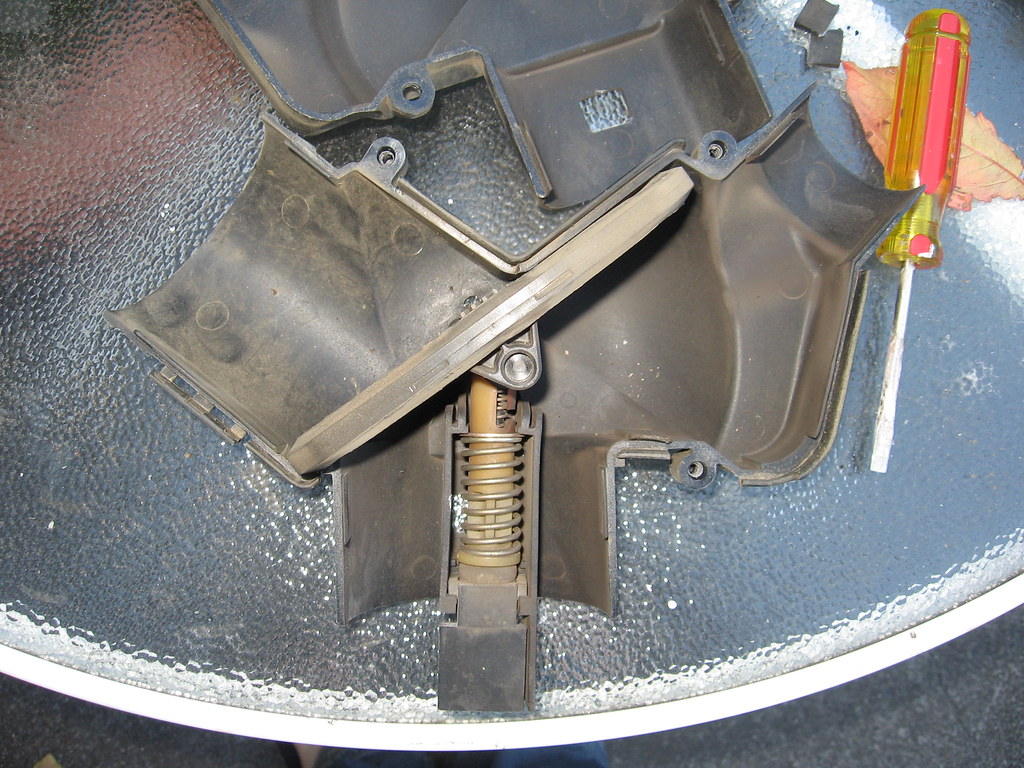 I removed the spring, thermostat and door from the Y junction. 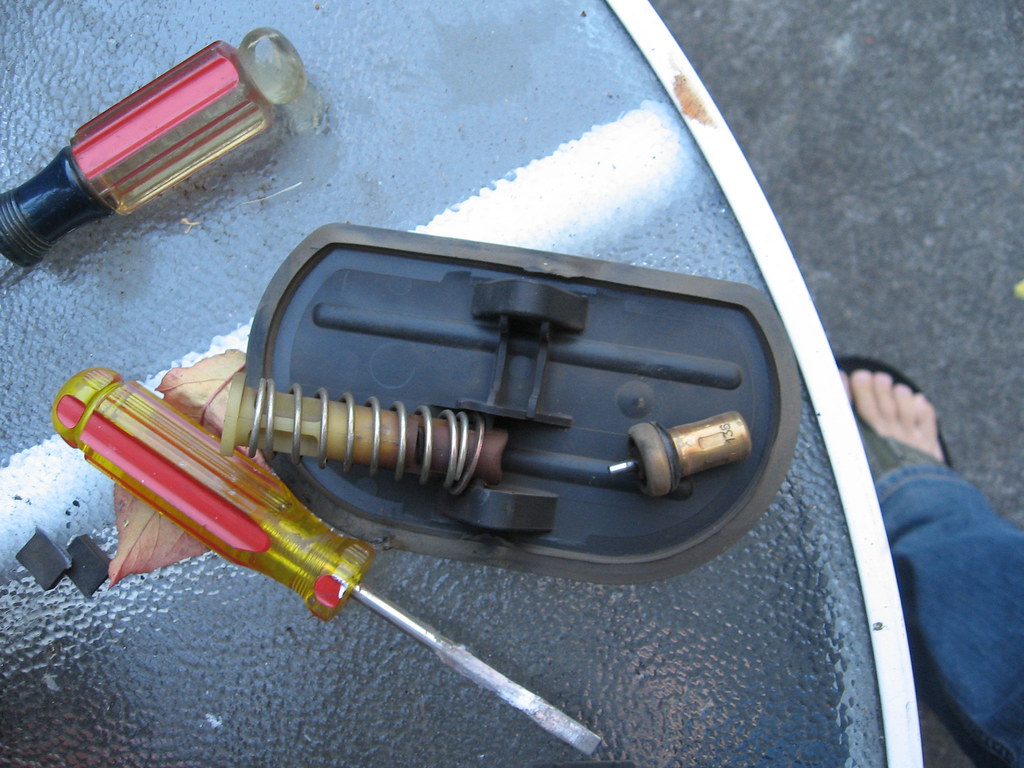 Then using some pliars and brute force, I cut out the plastic bracket that kept the thermostat in place. The door was then reinstalled backwards and glued into place using epoxy. You can see the bits and pieces of plastic that were removed on the left. 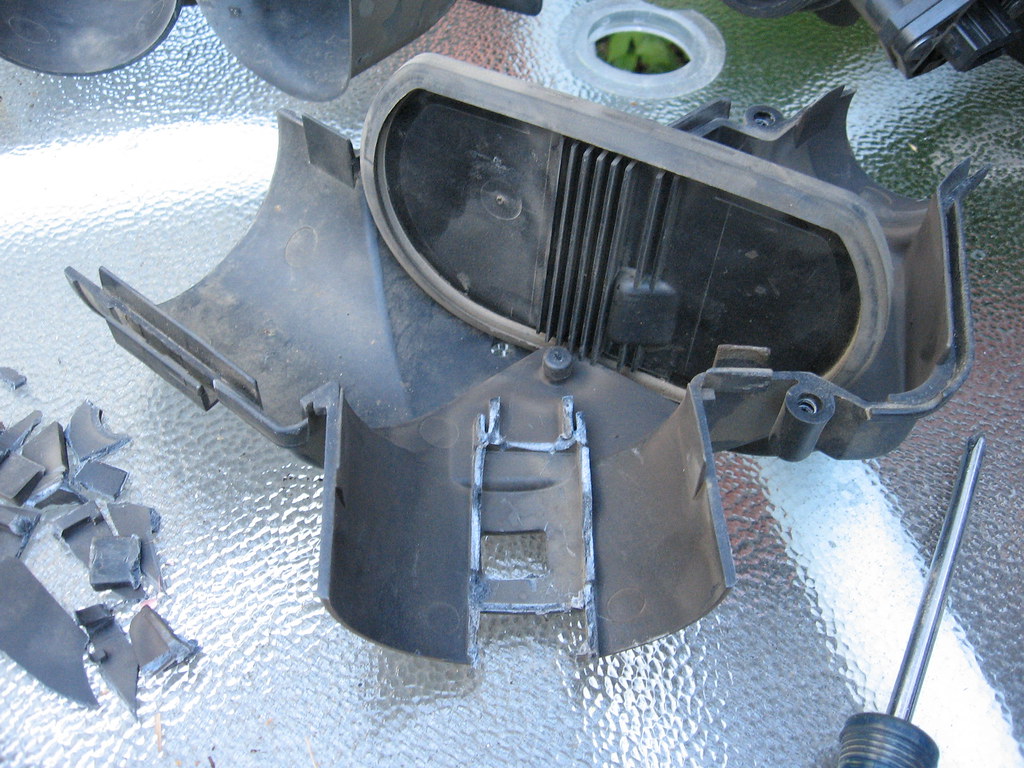 Then I added the balled up aluminum foil to the hot air side. This is the part that everyone seems to focus on. I don't know why. In hindsight, it was probably not necessary but I feel better knowing that its there. 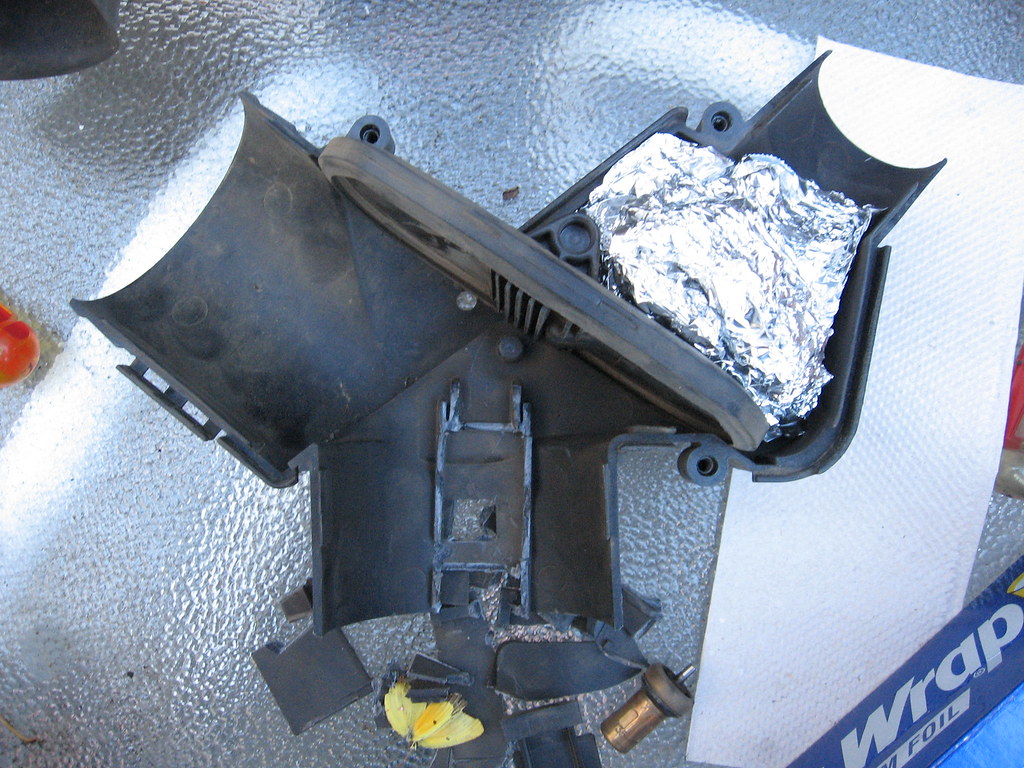 With the top half of the Y intake in place, you can see a clear shot for the air to travel through from one end to the other. 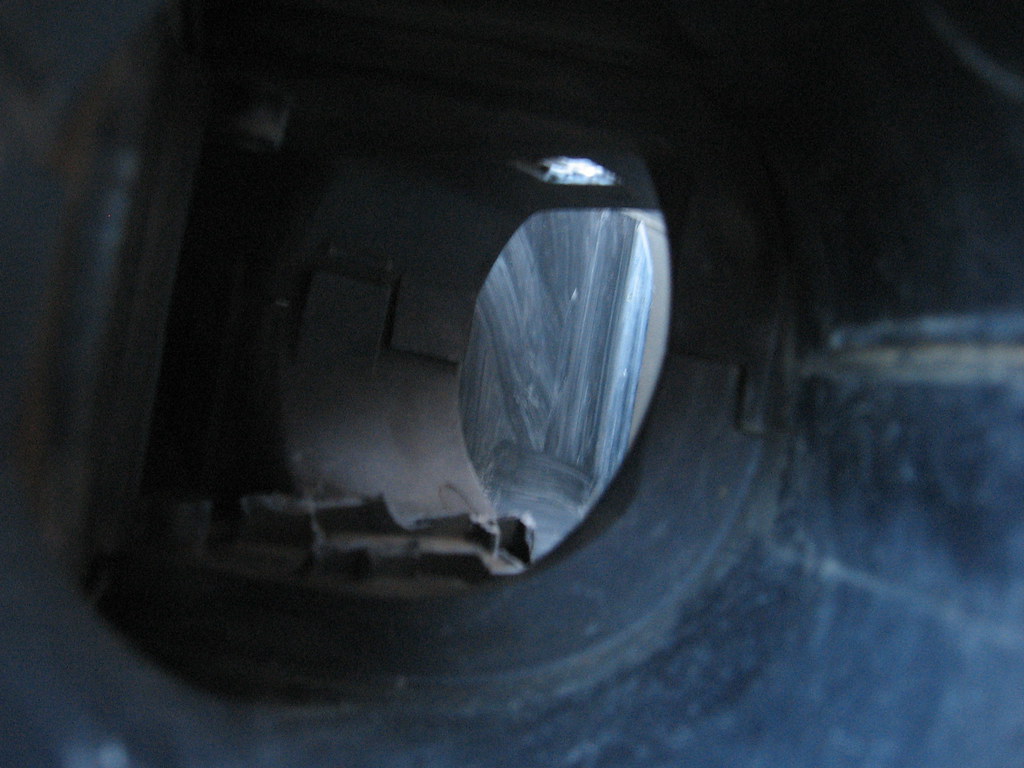 I hope this clears up any confusion about the aluminum foil in the airbox. This was just 1 of 4 changes I made to the intake. The others being the 960 throttle plate which has been thoroughly discussed here.
http://www.matthewsvolvosite.com/forums ... a&start=14

I replaced the restrictive airbox snorkel with a 3.25" piece of flexible tubing I found in the McMaster catalog.
http://farm4.static.flickr.com/3417/340 ... e014_b.jpg
http://farm4.static.flickr.com/3582/340 ... 242e_b.jpg
You might notice in the pics I also had the injectors out for a good cleaning. I use these instructions to clean my injectors at home.
http://www.fordfuelinjection.com/?p=82

Thats about it. I suppose I could go into adding smooth underside plastic panels to reduce drag but I'm already getting way off topic. Our 96 base 855 5 speed has 190k miles, gets 32mpg at 75mph on 87 octane and is quicker than any NA 850 has the right to.
cheers
Justin
Ambitious but rubbish
Top

Thanks a lot guys. I was looking at it and there are two hoses hooked up to it. I guess one is the MAF. What is the other and do I need to disconect both? And finally how do I disconnect them and reconnect them? Sorry for all the questions hahaha...
'All my money is gone and I have an old Volvo.' - Bamse's Turbo Underpants

One goes to the cold air intake that routes to the front of the car and the other is the silver flexible line from the cover over the exhaust manifold. The MAF line comes off of the top of the airbox.

If the thermostat in the airbox is broken or removed won't that set off the check engine light or anything?
'All my money is gone and I have an old Volvo.' - Bamse's Turbo Underpants

Is this car manual or automatic? I never logged my FE before and after the airbox fix so its nice to get some solid data.
Ambitious but rubbish
Top

Just a little FYI on this topic. I have a '99 V70 non-turbo and I did the above mentioned mod. I used a small piece of 1/2" copper pipe about 1" long (length measured to fit/jam tight into the air intake). My mod worked great at forcing open the fresh air intake and forcing closed the return exhaust intake. About a month or two after the mod, I got a check engine light (CEL). I had the codes read at AutoZone and got a P0420 Rear Bank Sensor Efficiency Error. I think that by closing the return exhaust may have created a backup where the excess exhaust that used to cycle back into the air intake was now forced past the rear O2 sensor and triggered the CEL. I took out the mod, reset the CEL and it has not come back on. One way around this may be to simply leave off the exhaust return line from its connection into the back of the airbox. This of course would be just releasing the exhaust into your engine compartment and the environment. There may also be an issue with exhaust pressure or something, but I don't know enough about this stuff to tell you if it would be harmful in the longterm. Your call.
Top
Post Reply