Where to find fuel pressure regulator?

Where to find fuel pressure regulator?

Can anyone direct me to where I can purchase a fuel pressure regulator?

Volvo has sent me to ebay. My typical parts sources are no luck?

There are three different fuel regulators for the '98. Which one do you need?
1. In Line from fuel tank.
2. On Fuel Rail
3. For cars without EGR

There is no EGR on a 98, you can forget about that. And I have never seen a fuel pressure regulator (FPR) on the fuel rail in a 98. That location holds a pressure damper. Maybe Volvo made one 98 car that way somewhere in the world so you see it when you google, but it is not likely an alternative to consider here. A damper has only one line going to it, an FPR has more than one.

Your 98 T5 most probably has the FPR near the front passenger wheel. Open the hood and look down behind the engine, near the power steering rack. Look for the shiny cylindrical thing in lower center of this picture, that has all of the black lines connected to it, that is the FPR: 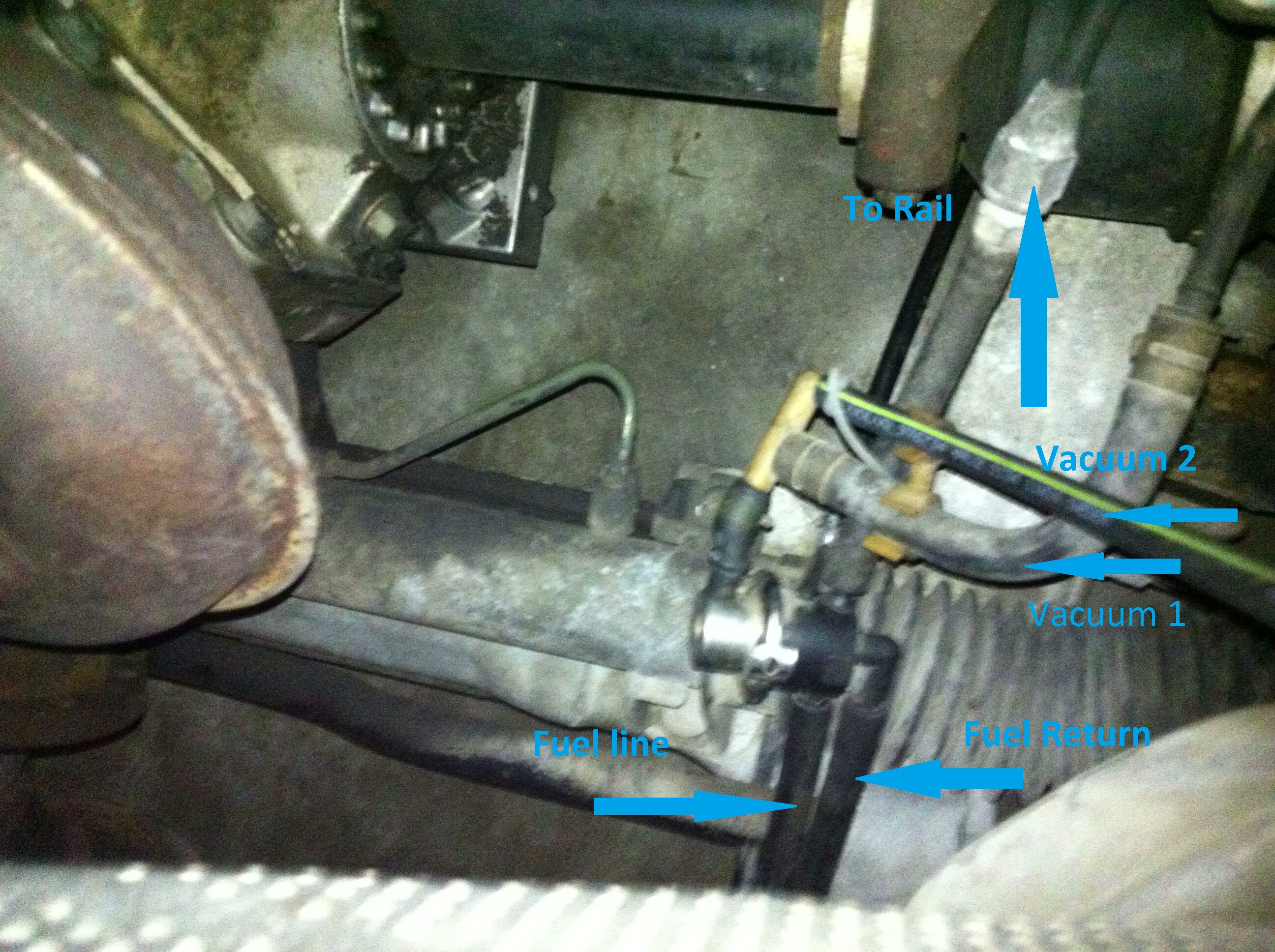 First let's confirm if that is what you have. If so it is no longer available and FCP and most retailers will be of no use, you will need to do some digging. I recently bought one of those from RockAuto.com they may still have it, you should be able to find it. But first let's ensure which part you need.

If you don't see the FPR in that location, the next place to look is back near the fuel pump, for a very similar looking part (may be the same part number, actually). Don't get distracted by the rollover valve back there, they look somewhat similar.

I will look for where it is located on the car in the morning. I thought it was on the fuel rail but it appears I am mistaken.

My car has had an unusual behavior for over 1 year.

When I start it in the morning, it always starts good.

When I start it after it is warmed up it, starts, dies, restarts and is fine. If when it is warm, I turn key to on, then put on my seatbelt, check mirrors then turn the key to start it starts and runs fine.

I considered this to be a fuel issue, and an intermittent issue.

I replaced fp relay
I replaced fuel pump
Fuel pressure regulator seems to be the next thing to replace.


By the way. The car has started to die while driving. It quickly restarts but the problem is expanding.

98 T5 will have it by the steering rack down behind engine as pictured above. In the phots the fastener on the clamp holding the regulator into the fitting where the two lines join is not visible. It is a V band clamp with a single bolt pulling the clamp together.
Top

Check your fuel pressure, or have someone do it before going any further.
Top

Robin, the aftermarket fuel pump relays have a Siren song price but are known to fail OBQ....semiconductor speak for out of box quality.

Check that fuel pressure with a gauge, then pay the symphony price for Volvo parts and listen to the Smkoth running Volvo concert
Empty Nester
A Captain in a Sea of Estrogen
1999-V70-T5M56 2005-V70-M56 1999-S70 VW T4 BMW
Link to Maintenance record thread
Link To Volvo Glossary
Top
Post Reply
7 posts • Page 1 of 1