Was having a fair amount of CV axle noise when accelerating from a stop, not every time, but most, but only for a second or three. PO had indicated they were replaced and look like it, so I ruled those out, at least temporarily. The upper torque mounts looked fine, and expected those to be relatively new, as well (head gasket repair, and most of the top end bits were replaced). Settled on replacing torque rod and passenger side engine mount before moving on to the hydraulic mounts. Had a few moments between a grocery run and some other weekend tasks, so I put the car up on ramps and got to swapping out the torque rod.

Wow, not only was the rearmost bushing shot, but the play in it had worked the nut off the bolt. No wonder the noise had become so commonplace. Replacement from FCP was the cheap Hutchinson with the usual grinding marks from the Volvo roll mark removal.

Made a big difference, was obviously the problem. Smoother shifting, and quieter ride (ignoring the 22 year old rattles from the dash and spring seats that need swapping out).

Another lesson in checking the cheaper/easier to check parts first.

That's good news because the Hutchinson branded one is more than half the price of the Volvo ! 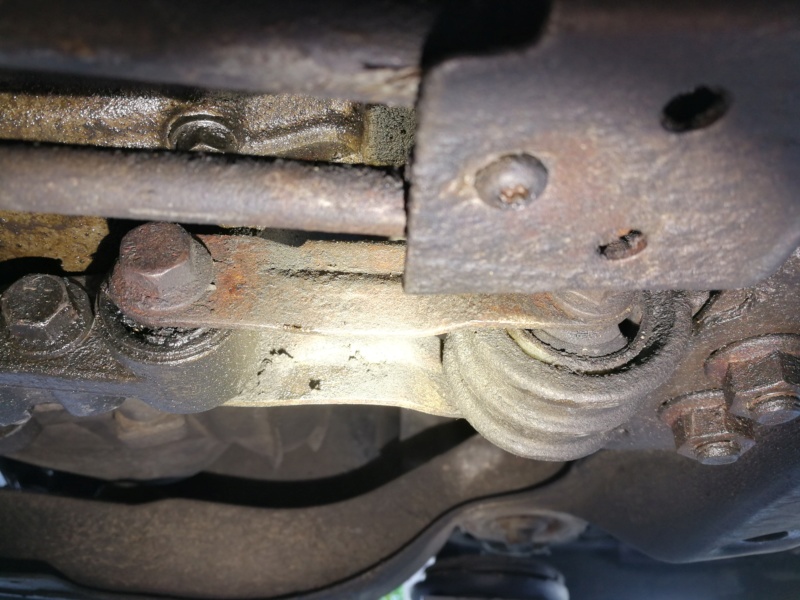 Mine was toast, making noises besides the typical CV creaking.