Beyond OBDII - Small, Dedicated, Onboard Computers

Come on in, introduce yourself and say hi! List Volvo events here. Have a hot Volvo? Show it off here.
Post Reply
19 posts

Beyond OBDII - Small, Dedicated, Onboard Computers

This is beyond OBDII readers, but not exactly iOS and Android apps like Torque. This segment is defined as being a permanent or semi-permanent installation. I reserve the right to keep this definition a "moving target" so as to keep it differentiated from smartphone and tablet apps

So why now?
A few nights ago I did a furious hour of research on this and found these devices to be worth further reading. They are in their infancy, so it's not a buy-plug-play scenario, but rather a buy-fiddle-test-play one, akin to home computers in the late 1970s. Notable in that you have to get your hands dirty still. For non-tinkerers, I'm estimating this niche will be buy-plug-play in a year. Just a guess.

Whatever the case, maturity is right around the corner. It's time to let go of the limitation our tiny-screen phones and limited-character dedicated OBDII devices. Imagine pulling into your garage, and when your new onboard aftermarket computer is triggered by proximity to a WiFi node in your garage, the data from your drive [note upon re-read: not computer hard drive, but rather your "outing" in your Volvo] is sent to your home Mac or PC, and all parameters for the drive are processed into a neat report that may let you know before a code is set that your thermostat is likely getting a little long in the tooth. The report is emailed to your email account, and arrives at your phone (and your 14-year-old's phone, because s/he is next in line to your Volvo and wants to ensure you're treating it right) before you turn it off.

And today being the first day of a new year... let's talk about the future

What am I talking about?
Images from arduinodev.com to give you a better idea of what this does: 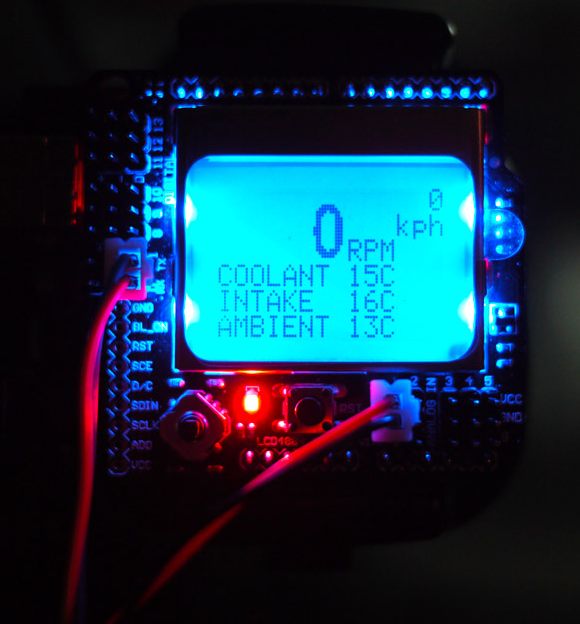 I just about flew out of my socks when I saw this. Seriously, guys, I think rare is the MVS regular who wouldn't want such a remarkable real-time information device. With a COOL NIGHTTIME BLUE DISPLAY. C'mon. 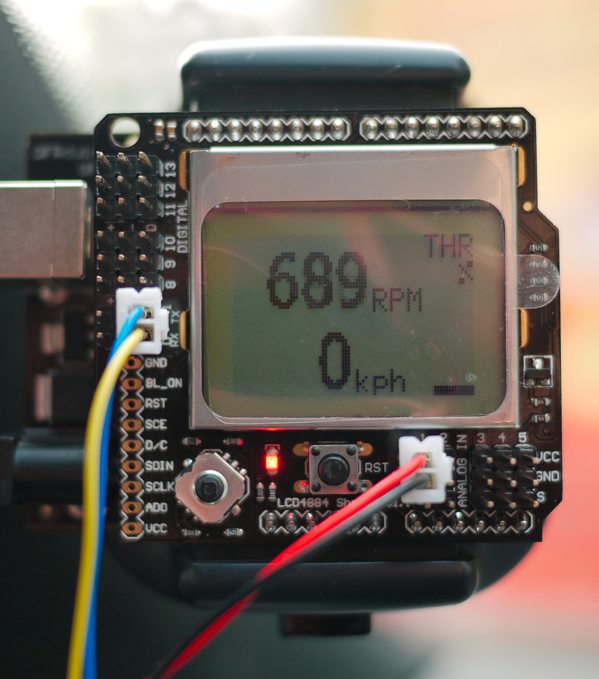 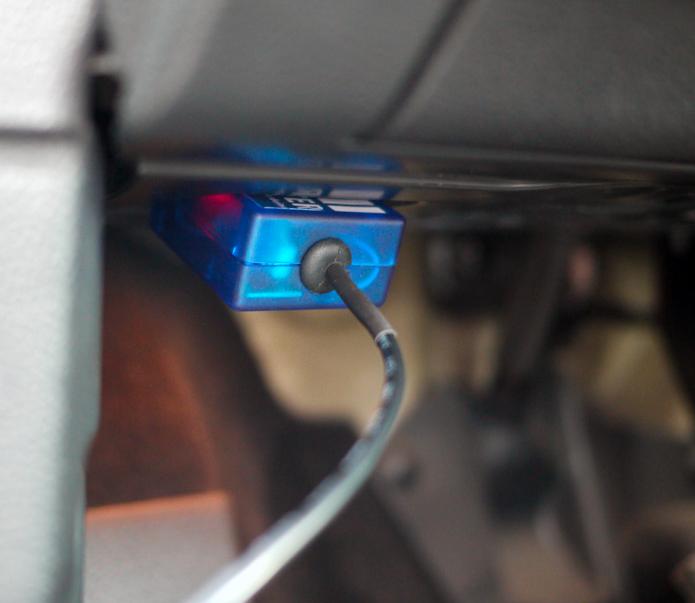 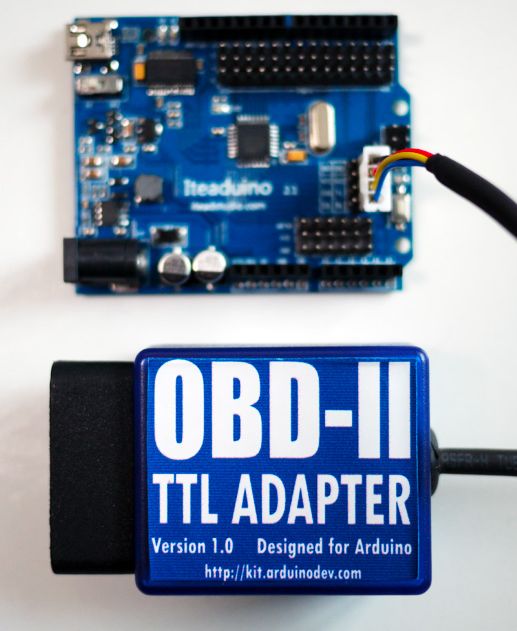 10 Raspberry Pi creations that show how amazing the tiny PC can be led me to Raspberry Pi Car PC Project which is rich in cutting edge onboard aftermarket computer news and practical application. Which led me to

Arduino...
...which is very similar to Rasberry Pi, but predates it, and as I understand it, is somewhat less global in its aim.

Summary
This is probably all possible right now, given a lot of code and script writing and testing. Which means it'll be available to us without all the fuss soon, thanks to the wonders of capitalism.

Maybe part of that cascade of events that happens when your Volvo enters your garage will include automatic upload to MVS, so that we can all benefit with expected lifetime of OEM and replacement parts.
Help keep MVS on the web -> click sponsors' links here on MVS when you buy from them.
Also -> Amazon link. Click that when you go to buy something on Amazon and MVS gets a kickback.

Matt, any idea how difficult it would be to build something like this using a RasPi? I have one I bought over the summer that I haven't really gotten around to playing with yet (I've been having trouble downloading an OS).

- Marcin
'All my money is gone and I have an old Volvo.' - Bamse's Turbo Underpants

I can't say I've read enough about these devices to comment. At this time, the Arduino project looks further along... but that will probably change because the user base of the Pi will soon be several magnitudes more numerous than the Arduino, judging by nothing besides media exposure of the two systems. And we all know the Mac/PC lesson of the 1990s: installed base begets installed base...
Help keep MVS on the web -> click sponsors' links here on MVS when you buy from them.
Also -> Amazon link. Click that when you go to buy something on Amazon and MVS gets a kickback.

The applications you can put this to are... mind boggling.

- integration with maps via a GPS dongle (hardware)
- security alarm (think vibration/heat/movement detection)
- performance calculations given accelerometer and GPS input (like Torque)
- maintenance diagnostic remote (for personal use, tuner's use, or shop use)
- entertainment, 32GB SD cards are peanuts these days
- simple, dedicated dash display of things like what gear you're in

All kinds of ideas and helpful links on this 4-page thread: http://www.raspberrypi.org/phpBB3/viewt ... f=9&t=2298
Help keep MVS on the web -> click sponsors' links here on MVS when you buy from them.
Also -> Amazon link. Click that when you go to buy something on Amazon and MVS gets a kickback.

FWIW: this sort of DIY trip computer has been going on long before the 'sexy' development kits have kit the market. For example: http://code.google.com/p/xarias/

The question of doing this on a Pi: it would be doable. There are low-level libraries for doing OBD-II comms in Python if you want to roll your own (e.g.: http://www.obdtester.com/pyobd). Wire up an LCD and find drivers for it, can even do full-colour if you want (e.g. or just simple ones (e.g. http://www.raspberrypi.org/phpBB3/viewt ... 32&t=25029) . Then need a small program to display the data on your chosen output device.

Thanks Colin!
Help keep MVS on the web -> click sponsors' links here on MVS when you buy from them.
Also -> Amazon link. Click that when you go to buy something on Amazon and MVS gets a kickback.

You start reading those links and it's easy to get lost in the possibilities. I'm really stuck on the technical execution though. I can't write code and I've never built a circuit board. Having trouble even understanding what's written in that RaspPi thread even though I do have a tiny bit of Linux knowledge with the more traditional Android and Ubuntu interfaces.
Top

iamn8 wrote:You start reading those links and it's easy to get lost in the possibilities.


iamn8 wrote:I'm really stuck on the technical execution though. I can't write code and I've never built a circuit board. Having trouble even understanding what's written in that RaspPi thread even though I do have a tiny bit of Linux knowledge with the more traditional Android and Ubuntu interfaces.

I think you just have to Do It. Learn by doing. We could do it simultaneously. Let me know if/when/what you buy, and I'll get the same thing. I can find my way around Linux command line, and, at their core, all programming languages do the same thing. I'll post up code here.
Help keep MVS on the web -> click sponsors' links here on MVS when you buy from them.
Also -> Amazon link. Click that when you go to buy something on Amazon and MVS gets a kickback.

I've done a lot of reading since last week and remain torn on which route to go.

The things we're potentially looking to do with a system like this might be best managed by a microcontroller like the Arduino. The OBDII kit they sell is as close to plug and play as you're going to get in terms of datalogging. We could up, running and begin tinkering in short order.

I see a lot more potential with the RasPi, but without a doubt, it's a much more difficult route. Power and shut down looks tricky. Accessing the GPIO ports looks less straightforward now that the Gertboard ceases to exist. That said, I was thinking about getting a RasPi anyway just to play around with knowing that, even if I choose never to use it in the car, I'll find plenty to do with it.

An Arduino to RasPi "bridge" seems to be in the works. Where does THAT take the possibilities?

I will also confess that the Volvo is my Wife's car. I drive a Honda/Acura that runs on OBD1 tuning software called NepTune. My ECU already has a 4 pin datalogging header installed on it that streams raw data straight off the sensors. I can purchase this wonderful LCD "dash" that does pretty much everything you'd want it to do, but for the princely sum of $300. http://www.hrtuning.com/pages/category/tunerviewrd1 Can we get here with one of these devices?
Top