You mean something like this? Do you warm your engine? I'm hoping to soon use mine for the 1st time.
https://www.amazon.com/gp/product/B00LC ... svolvo3-20

I use this one - https://www.westmarine.com/buy/west-mar ... cordNum=11
It works well if the oil is hot, so you need to drive the car around some.
Top

My 2¢:
With friends in auto tech school (long time ago) the word was "They leak-stay away" period.
I decided to install a Fumoto onto a neighbor's 2010 Honda because the quick lube dolts stripped his pan threads.
Fortunately there was enough thread-grab left but I still added a bead of Permatex Ultra Black if only for the gluiness.
I had recently read nothing but glowing reviews and Fumoto's HQ is on 34th St. There's nothing like going to a sparse office filled with bins and outgoing packages. The dirty windows and scorched coffee pot add so much ambiance.
The drain hole is in a shielded location with the 4 cyl. engine. It saves time and is less splashy.
I give it an "A".
I'd gladly install one on my car but it would be vulnerable, so NO WAY.
Top

I had a fumoto valvue on my 1997 VW jetta TDI. Had it on there for years. No problems at all.

Upside: oil drains out more slowly and gently so that you aren't dealing with a sometimes chaotic stream of hot oil that likes to splash around.
Downsides: oil drains more slowly.

I am currently running magnetic drain plugs on all my cars but if I ever decide to go back to a valve, I'd probably get a fumoto again.

btw some people worry about the valve lever accidentally opening. I don't see this really being an issue. However, they make a clip to prevent that. Instead, I just put a zip tie in the groove to prevent the lever from getting out of it's locked position.

P2s could stick a hose on that and just pull it out into the drain pan, then flip the valve open.

I have this one in my car and it's worked well for many years. It's the Fumoto valve. Sorry for the potato picture. 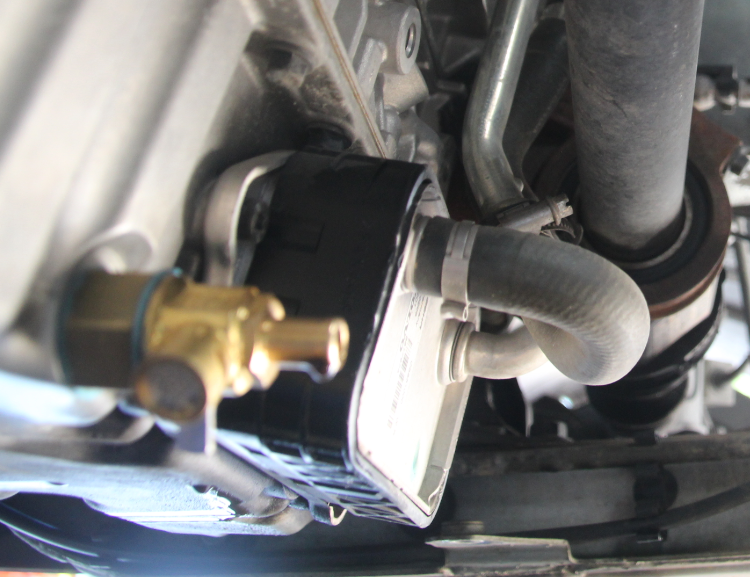 I used to fly an airplane with one of those valves and we took it off after another airplane had the landing gear come up, whack the valve, and drain all the oil out in flight.
Top

I hope they dead sticked the landing...