I have been having a problem with my car jerking and hesitating, I originally thought it was my transmission. I do not know much about cars so i took it to a shop, because I am a female they overcharged me and told me a bunch of things were causing it that weren’t and even suggested that I needed to replace the trans all together. I asked for the data of the codes and here is the list I got


After I did some research I figured out that the mass air flow sensor was causing the fuel trim problems and probably the jerking and what seemed like transmission problems.

I was quoted over 1500 dollars to fix the two sensors and this is the only place in my area that works on Volvo’s, it looks pretty easy to work on these two sensors and I have done some other things in cars in the past like changing brakes and calipers. I am wondering if anyone has any other opinions on these codes etc and a website with the information on changing the upstream o2 sensor on this make?
Top

If you have done brakes and such you can handle these replacements.

The oxygen sensors usually need a good tool, 22 mm , to release, can you get a picture of the sensor from your car so we can get a sense of the clearance?

The MAF is an easy bolt on/off but make sure you only use an exact replacement.

It always pays to look for vacuum leaks too, before replacing any parts in “ engine management “
Empty Nester
A Captain in a Sea of Estrogen
1999-V70-T5M56 2005-V70-M56 1999-S70 VW T4 BMW
Link to Maintenance record thread
Link To Volvo Glossary
Top

O2 sensors are quite easy to replace. I dont know which engine you have, so I will assume its a turbo for now. I replace my downpipe and also replaced both O2 sensors in the process. First of, buy a proper brand, I went with Bosch. Second, remove the plastic cap untill the end, as O2 sensors are very sensitive sensors.

The front sensor sits on the first bend of the downpipe. To replace it, you need to remove the heat shroud (3x 12mm bolts). After that, access is easy (from underneath).

The second O2 sensor sits underneath the car and has somewhat easy access. The annoying part is the cable routing and getting the connector out (and in again). The connector is a special one which requires some fiddling. You have to push out the "purple" part as this locks the connector in place.

See below for the placement of the sensors (right one is the OEM downpipe). 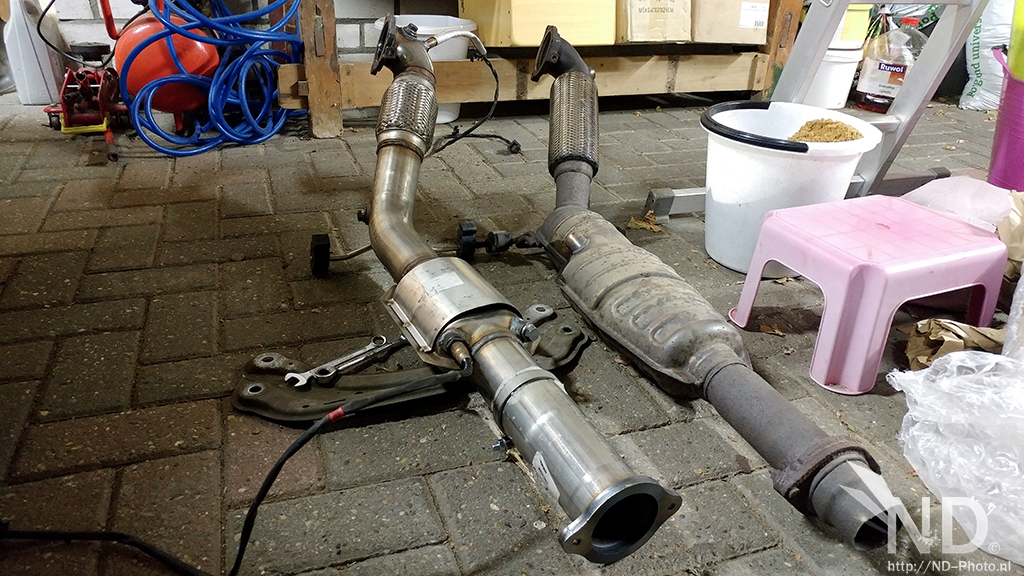 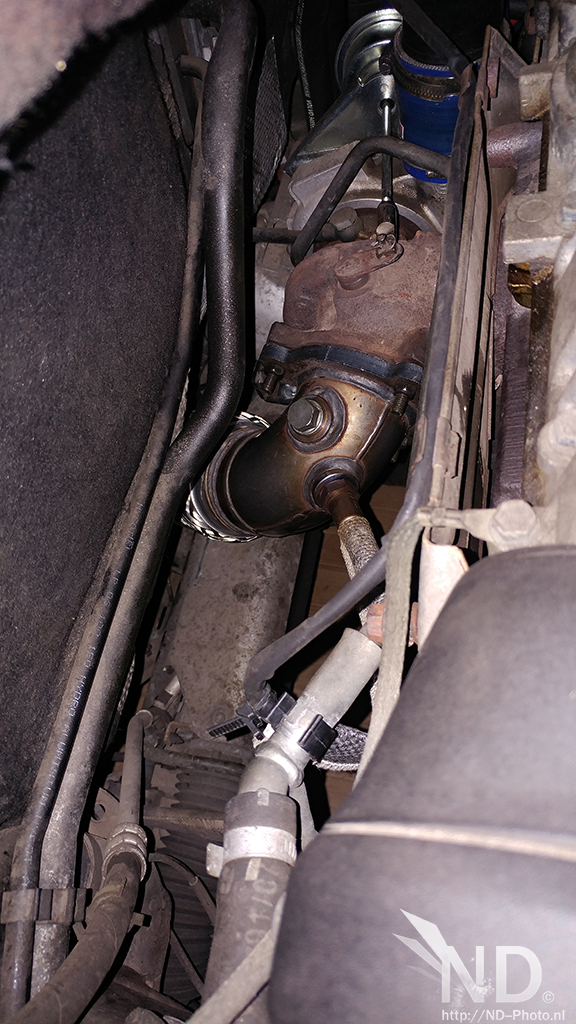 I'm always afraid of recommending works over internet, but in your situation, if the fuel consumption in city driving is reasonable, I would start looking at the MAF sensor. The reason is, and it may be less known, but the MAF sensor does affect transmission operation - in fact the MAF reading is one of the important parameters that are used by the automatic transmission to determine the shifting pattern (while there, a good idea to search on Google something like 'maf sensor transmission' and read a few topics on the subject)

A MAF sensor is not that expensive- but not cheap either - assuming it's for the 2007 XC70 it should be this one https://www.fcpeuro.com/products/volvo- ... 88#fitment

Just swap the large hose section. You may also try a used one, but I think it's a very good idea to replace the sensor with a new one after 100K miles or so. You may even notice the engine acceleration working significantly smoother. Good to also replace the air filter at same time as old or cheap filters may contaminate the MAF sensor - a Mahle or Mann filter should be a good choice
Several Volvo Repair Videos https://www.youtube.com/playlist?list=P ... s0FSVSOT_c
Top

I’ve found some good videos on how to replace the MAF and I’m confident that I can do it without any trouble at all, as far as the oxygen sensor goes, based on my codes do I need to replace the both of them or just the front one? The code reads 242d front heated o2 sensor bank 1 slow regulation.
I just don’t know where to exactly locate these sensors or how to go about doing it is there a video for it or can someone take a picture of where it is when looking down inside the engine

The engine is a
208 hp turbocharged 2.5-liter inline-five-cylinder
Top

I don’t know enough about that code to know if it justifies replacement. It will be the front sensor, though.
Empty Nester
A Captain in a Sea of Estrogen
1999-V70-T5M56 2005-V70-M56 1999-S70 VW T4 BMW
Link to Maintenance record thread
Link To Volvo Glossary
Top

O2 sensors have a replacement interval that almost no one seems to care about (which I find strange, as an O2 sensor is also very important)

People tend to drive OXS until failure, but then have a bunch of other things wrong, which makes diagnosis difficult - then get stuck in the rabbit hole of throwing parts at a car they havent maintained. From there, the poor craftsman blames his tools.