thermal transfer paste, thats like paste for computers, on cpu coolers etc? and when i search on zink grease in our country i only get skin lotions haha..
Top

yeah i used just a normal grease i had, works perfect.
Top

4 years later and i found it so useful, thanks Marcin for posting this up! This one was my last thing in 200 k tuneup.

Great instructions on doing my own PNP cleaning due to flashing orange arrow. However, I carefully marked and put back everything back as close to as I took it out. Everything seemed fine but when I test drove the car in D it did not want to shift out of first gear. When I set it to 3 it seemed to go through a couple gears. So not being a mechanic I am assuming I have some issue with the switch but not really sure how the switch works. Can the switch being slightly off keep the D in first gear?
Top

Yes, I think if the switch isn't aligned correctly it can leave the car stuck in one gear. If that were the case I would expect your up arrow to be on though.
'All my money is gone and I have an old Volvo.' - Bamse's Turbo Underpants

Removed my pnp switch today, intending to repair it, only to find it is to fubar'd to repair.

My real problem is that the previous owner nearly ruined the connector with the clip side, see picture: 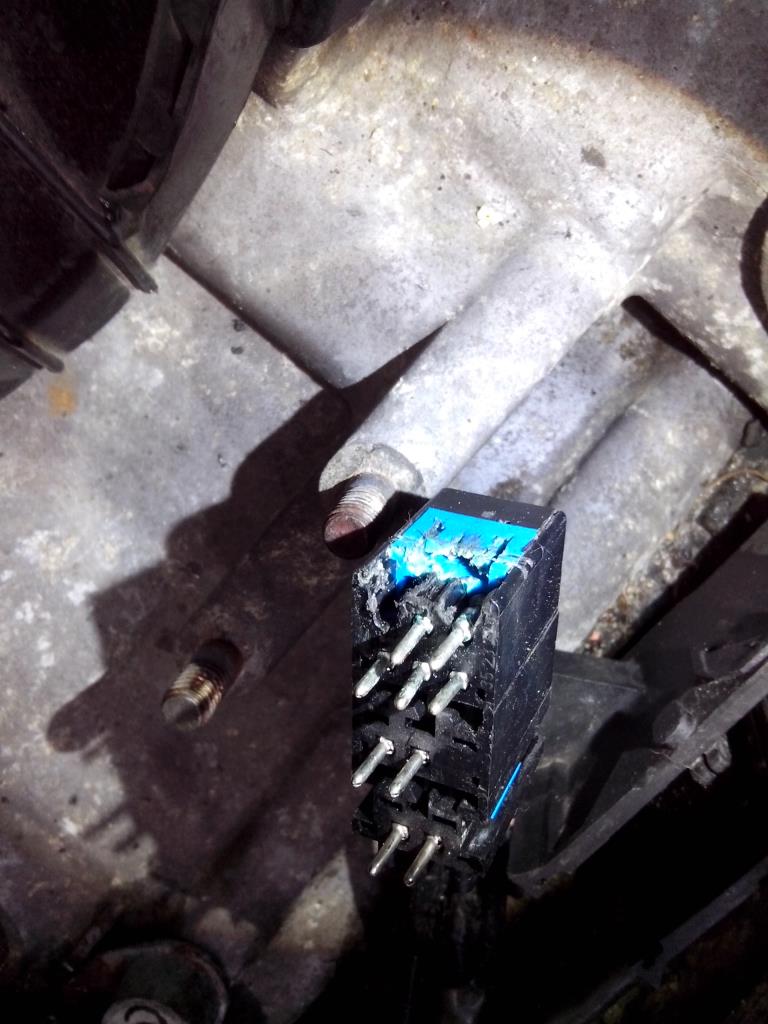 It is connected to this black plug next to the shaft where the pnp is mounted. I would like to replace that (even though it still seems to work) - seems to be this partnumber: 8636318 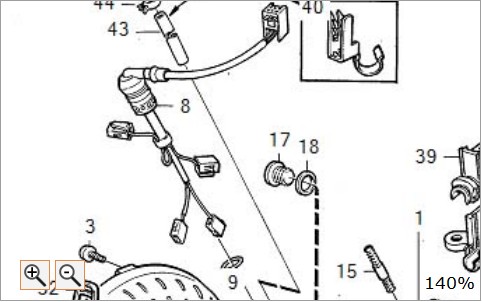 Can I replace this without opening the transmission? from the picture it seems like there are a number of connectors inside the transmission that connect to this, not sure If I got that right? If this is just straight forward plug and play I would invest the money and fix it. If it is more work I would let it be.

polskamafia mjl wrote: Alignment and Reinstallation:
Unfortunately I was not able to use MIJ’s method for alignment. I don’t understand how he
gets the reverse lights to work with the battery out of the car. So, with no other options, I kept
things simple. The Volvo tool aligns the middle bolt with the groove going down the middle of
the PNP housing. So, I decided to get as close to parallel between the 2 w/o using a Volvo
alignment tool. Here is a picture of what I mean. 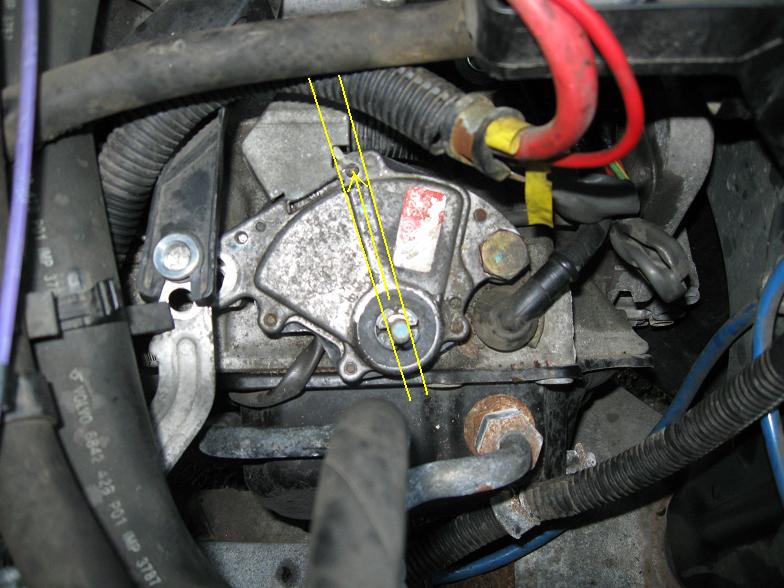 So what to do. Put the shifter in Neutral. Align the PNP switch as shown, and screw the shifter cable down into place. Then bolt the cable arm to the central bolt of the PNP. [...]