SV701998 DGM sent me 10 photos a month ago, and I blew my remembering fuse on putting them up. Just did that now.

I'm contacting him now to see if he has 11-20.
Help keep MVS on the web -> click sponsors' links here on MVS when you buy from them.
Also -> Amazon link. Click that when you go to buy something on Amazon and MVS gets a kickback.

(Anybody new to MVS: please don't use Imageshack. Here's why.)
Help keep MVS on the web -> click sponsors' links here on MVS when you buy from them.
Also -> Amazon link. Click that when you go to buy something on Amazon and MVS gets a kickback. 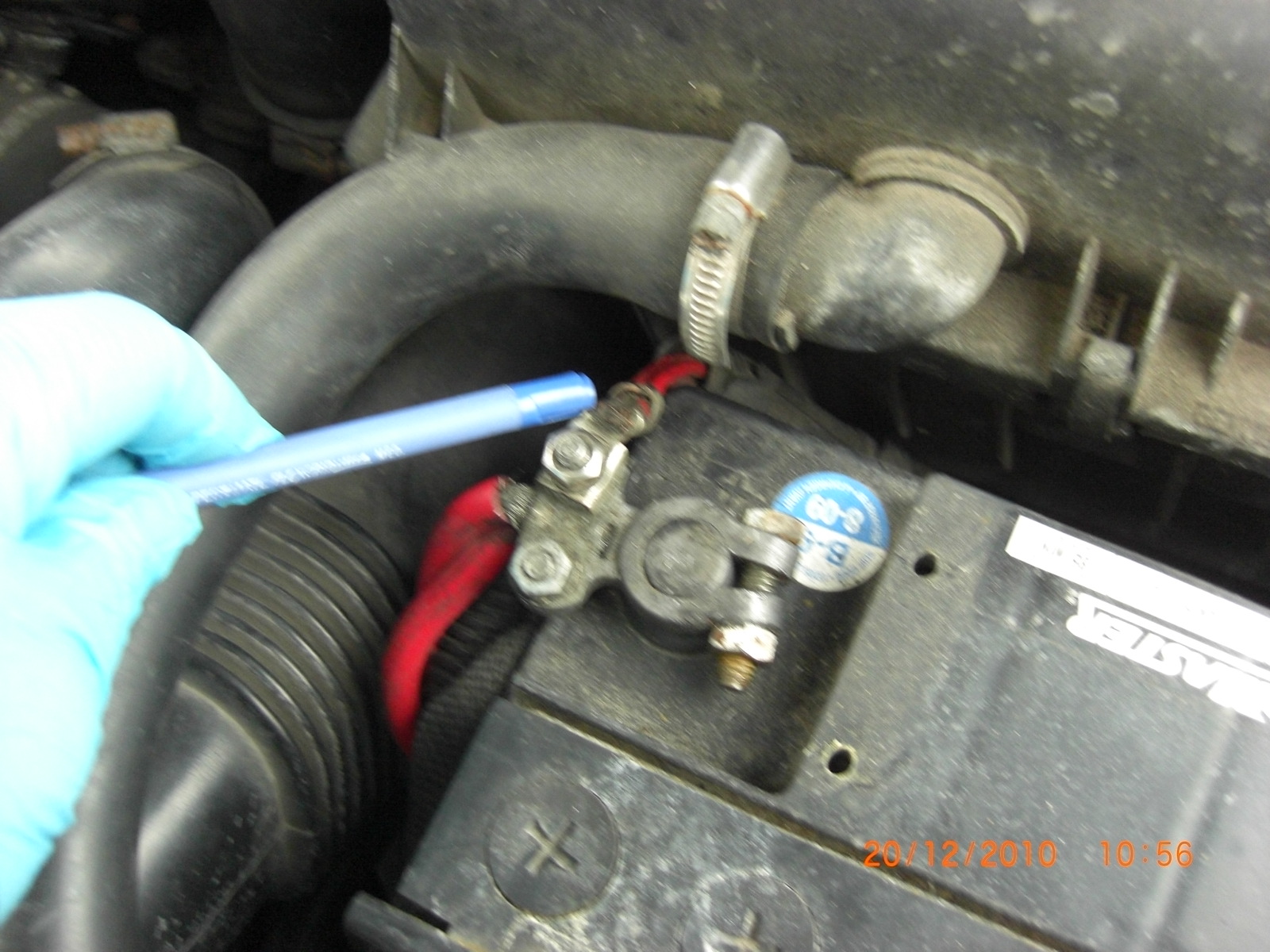 This picture helped me a lot -- thanks for posting it! I was trying to figure out where the wires from the positive terminal actually lead to.

Incidentally, are there actually 3 wires coming off of your positive battery terminal?

I'd like to inspect my B+ cable end inside the fuse box. However, I can't pull it up off the post. I assume it's held at the bottom of the fuse box using a grommet. What's the trick to lifting it up for inspection?
-
FireFox31
2000 V70 manual, reborn
Top

FireFox31 wrote: ↑
Wed Dec 19, 2018 5:37 pm
I'd like to inspect my B+ cable end inside the fuse box. However, I can't pull it up off the post. I assume it's held at the bottom of the fuse box using a grommet. What's the trick to lifting it up for inspection?

I know what you mean, lifting it upwards seems impossible.
I gave up and ran a separate, additional B+ wire from the battery to the fusebox (had to drill hole and install grommet) and this fixed my charging problems as well as the ECC acting up.

I'm getting ready to do this on my R, I have a feeling it could be contributing to my electrical gremlins. No voltage drop, but the wires at the terminal in the fuse box look REALLY corroded, one strand is broken. It's weird, it hasn't gotten even slightly warm. Anyway...

Three AWG 10 wires would duplicate the current capacity of 1AWG 6 wire, a little but more, actually.

West Marine stores have a nice SWAGER you can use for free, they also have good electrical stuff
Empty Nester
A Captain in a Sea of Estrogen
1999-V70-T5M56 2005-V70-M56 1999-S70 VW T4 BMW
Link to Maintenance record thread
Link To Volvo Glossary
Top

I just did this on my s70. I used 4 AWG and I ran it mostly through the stock wiring harness. However, once I got up near the fuse box, I routed it slightly differently due to the difficulty of getting in through the bundle of wires in the fuse box and the thickness of the 4AWG wire I used.

Here's what I did instead. .
I got my inspiration from this thread: viewtopic.php?t=35208


1) I took the whole fuse box apart. I don't have pictures of that right now but there are tabs on each fuse panel that allow you to detach them from the box itself. Once done I was able to remove the wiring harness from the fuse box.

2) I drilled a hole in the box just below the location where the wire would bolt to the fuse box. I drilled the hole to size for the rubber grommet I used.

Fuse1.png
gromet.png
3) I then put new wire (without terminal on it) through the grommet and put fuse box all back together.
wiretofuse.png
4) Once the wire was through the new hole in fuse box, I crimped on a new terminal and added marine grade heat shrink to help cut down on corrosion. I bent the terminal to fit before crimping to wire.
newbplus.png
A couple of notes on my job.
a) I used 4AWG because I got some to run between my alternator and starter. I figured it's use it for the B+ as well.
b) taking apart the fuse box was easy but I would do it gently so as to not break anything. Obviously this should be done with battery completely disconnected. Also, I figured out a way to do this without needing an extra set of hands. I'll take pictures when I work on the car in a couple of weeks but the trick was this. Get a long zip ties. you can slide it under and around each bank of fuses. fasten the zip tie so you have a big loop that wraps around each bank of fuses. You can use this zip tie to act as a handle and exert just a tiny bit of upwards pressure as you manipulate the tiny tabs to unlock the fuse box. The upwards pressure is just enough to have it pop out and NOT pop back into place as you manipulate each tab.

c) and hole I drilled in bottom of fuse box was based on the size in the instructions for the rubber grommet I used. It would not have been big enough for the terminal lug had I crimped on the lug before hand. That's why I put terminal lug on after routing wire.

I actually plan on writing up the whole job I did but that won't be for a couple of weeks when I have some free time and I make all new negative battery cables.


-A
[edited to give credit to another thread.]
You do not have the required permissions to view the files attached to this post.
Last edited by amblerman on Wed Aug 07, 2019 3:05 pm, edited 1 time in total.

These users thanked the author amblerman for the post:
matthew1