This is kind of what I was suspecting. The cover for the connector is missing and you can pull the terminals right out. You need to check if the wires go to the right location. I took a snapshot of the arrangement from the Volvo diagram, I just happen to to look at this, because I'm doing the same thing as you. Check this out, it's for a 98:

Wow! That's a great wire schematic(factory OEM always is). I've been using Mitchell Thanks for your help guys.
So the question remains: Which wire carries battery voltage to engage the starter motor? The R-SB?

The Green / Red wire typically powers the solenoid on the starter (it does on my 850s). That makes sense from the switch diagram as well since the Green/Red is associated with pin 50 on the switch.

I'll give that a try today...at some point.
This vehicle also has a few other problems...I've been reading that they could be related....
The power windows do not work, ever. (I can jump the power window motor to raise and lower the glass. So its an electrical issue.)
The power locks do not work when commanded from the door switch. They will however work when commanded with the key FOB.
Now, I bring this up only becuase I have a hunch they are related to the Ignition Switch failure. Well, not a hunch actually...I read the Schematics & Diagrams. I also found some reading on afew other reliable technician oriented sites I use. ( IDENTIFIX & iATN) I'll post the links to these sites below, However you may need a membership. (I think one of them is free).

Can anyone confirm this corelation between Ignition, Power Door Locks & Power Window Switch Electrical Failures?
It looks like the Door locks are a part of the circuit...but the Window Switch?

For any 1999 S70 (Base) owners looking through this thread, our ignitions are wired a little differently than the 1998. Here's what mine looks like: 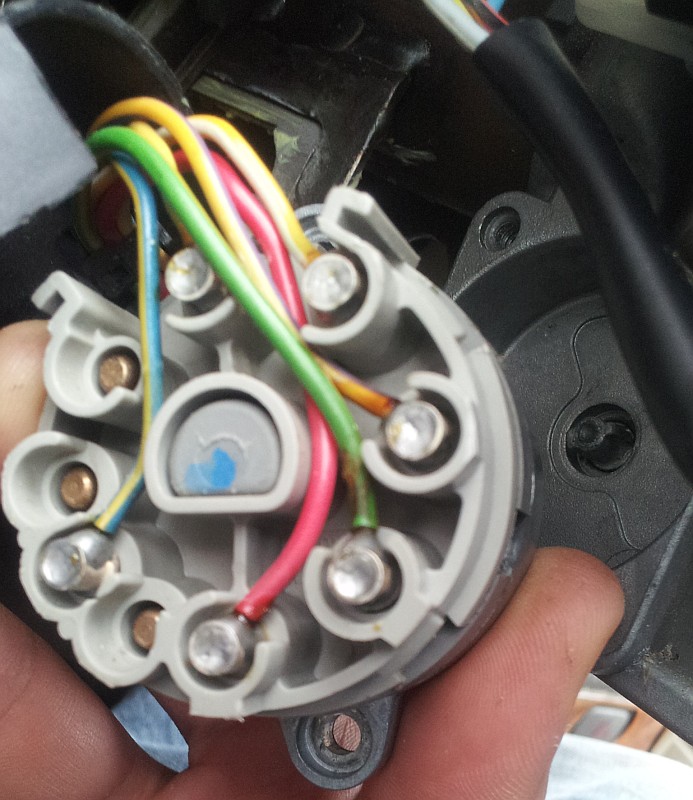 Gentlemen,
I am completely confused after looking at the wiring diagram. My care to remove the cap to get to the retaining screw had only 3 wires move, 2 completely out: Y & BL/R and BL/Y loose next to Red.
So my switch wiring from the top of the 'D' (where the wires come in) counter clockwise;
BL/R, Y, R, BL/Y, N/C, R/BK, GR/Y, Y/VO, Y/WT.
It looks like I have the Y and BL/R reversed but the N/C is a different location, diagram has N/C after Red, mine is after the BL/Y. Also, I have a Y/WT to GN/R on the diagram.

I thought I had 2 wires reversed due to the fact that the engine continues to run until the key is removed. Strange or neat? Suggestions?

I thought someone already posted the diagram for 1998 model above (previous page of this thread). 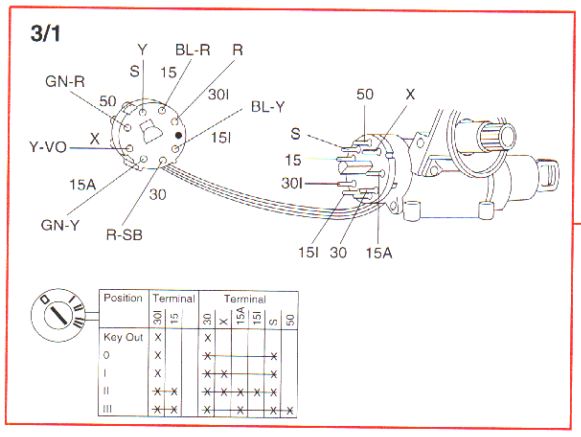