My mistake. This is the piston on my 2003. No flares, occasional a little harsh 2-3 (new solenoids) Again, I wonder the role of that washer, can't say if it's safe or not to completely remove it - it may work fine a time but cause more wear (only a theory)
Several Volvo Repair Videos https://www.youtube.com/playlist?list=P ... s0FSVSOT_c
Top

Yea I agree, did not have the guts to remove anything from the piston it self.

I have flares at low speed between 2-3 but only when the fluid is hot. Will try some lucas transmission fix before replacing the linear solenoids.
Top

Try SeaFoam Trans Tune. My 2002 V70 2.4t had the harsh shifts and flaring between 2nd and third. I did many drain and fills and also did the B4 servo.
It got better, but as time went on, the harsh downshifts to first returned and the flaring also returned. As soon as the wagon's transmission got fully hot, the bad symptoms returned.
Note; I'm not saying this is the way to fix the trans, but this is what I did this year.
While preparing to pull the valve body to repair the solenoids....I put in a full bottle of Seafoam trans tune. Because I have three Volvos, I only drove my 2002 V70 with the Seafom trans tune in it on a pre-determined test drive.
The "pre-determined" drive was a 5 mile drive to the highway section, then about 25 miles on the highway at 65-70 mph. then a gentle drive home. Park the car and let it alone for at least 24 hours. The trans seems that it must re-learn with the trans tune.
Each time I did this "exact" test drive it got better. To the point where it seemed amazing. As soon as I started using the car on errands on different roads, the car "could" shift harsh in different conditions, but the next day it could be perfect.
I decided to do two more drain and fills and add another bottle of Seafoam trans tune. I'm so pleased with the cars transmission, I put on a new set of Michelin 17"er's.
Is the trans in my car 100%.....no, but its close to it.
Because I did the initial Trans Tune driving in the Spring of this year, I never had the air conditioning on. The first time I turned the air on this summer, I noticed several harsh shifts. After parking the car and using the air conditioning the next day, it never acted up again. Somehow the car has to relearn everything all over. I think with me being retired with time to kill and spare cars definitely helped the 2002's trans.
98 S70 T-5
Top 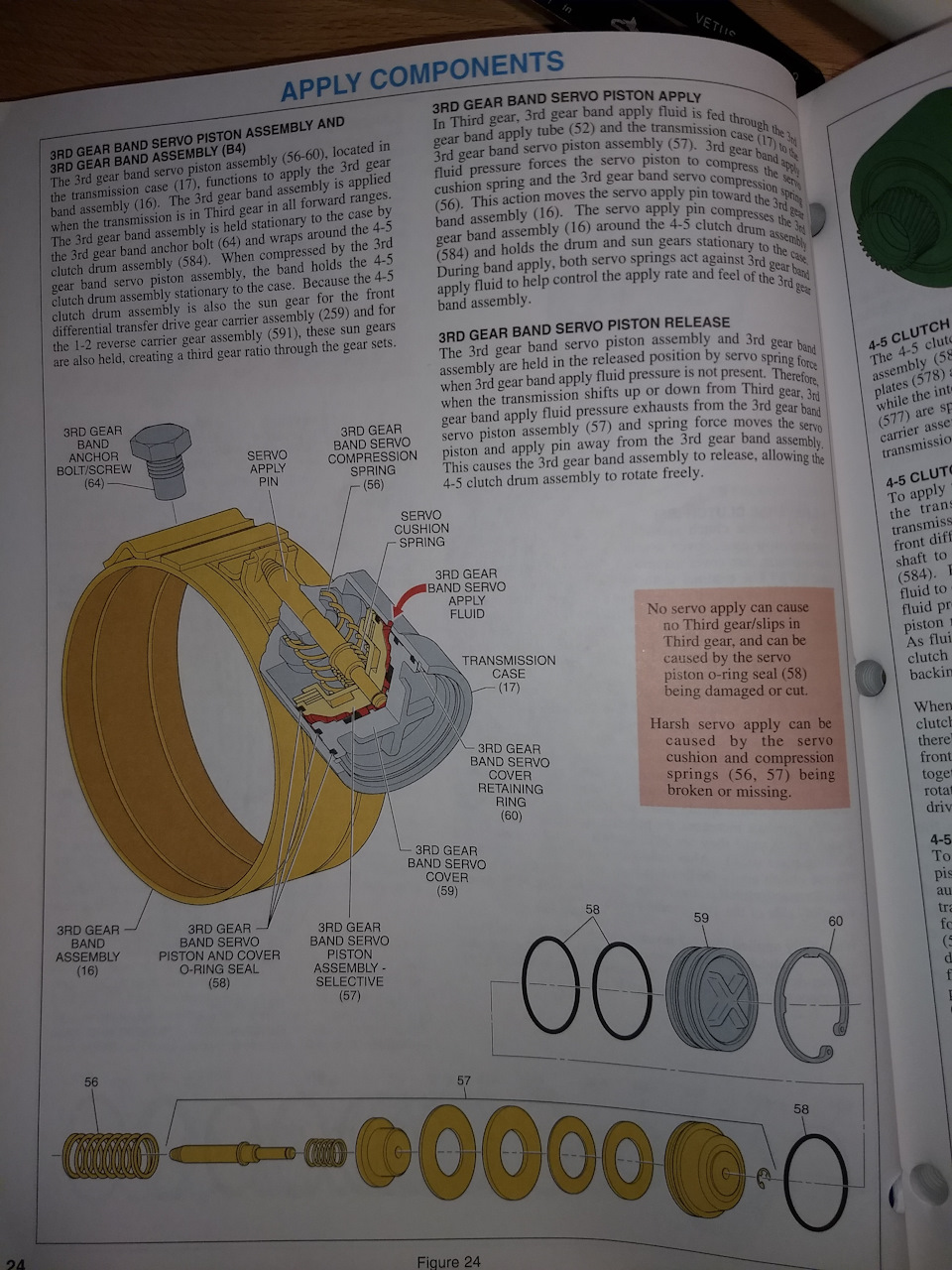 B4 piston has one of 5 pins of different length, with 0.5 mm increment. The correct length is determined upon transmission assembly: 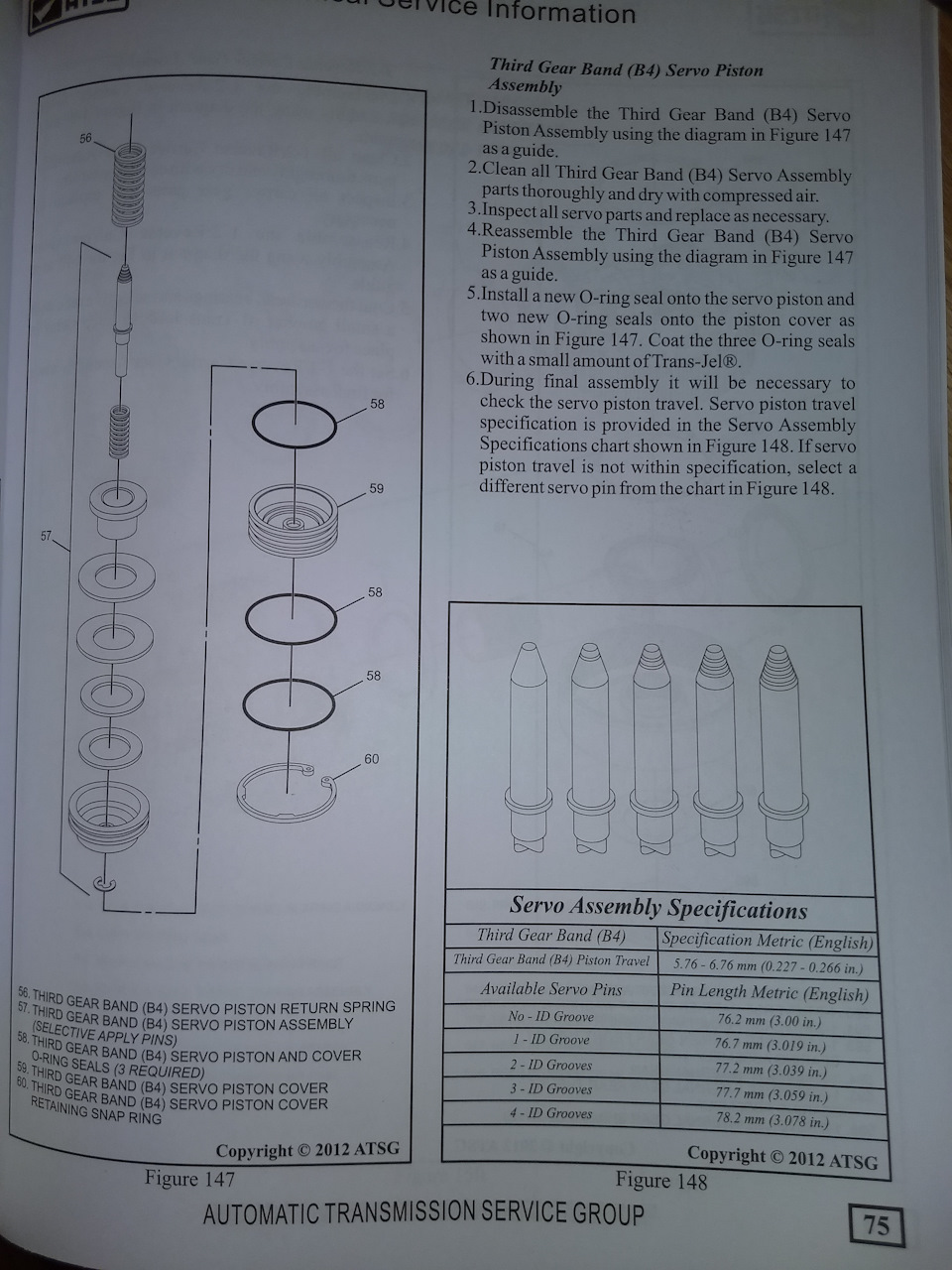 Most of AW55s has a pin with 1 groove and it's nearly impossible to source a replacement pin. People extend the pin with a welder: 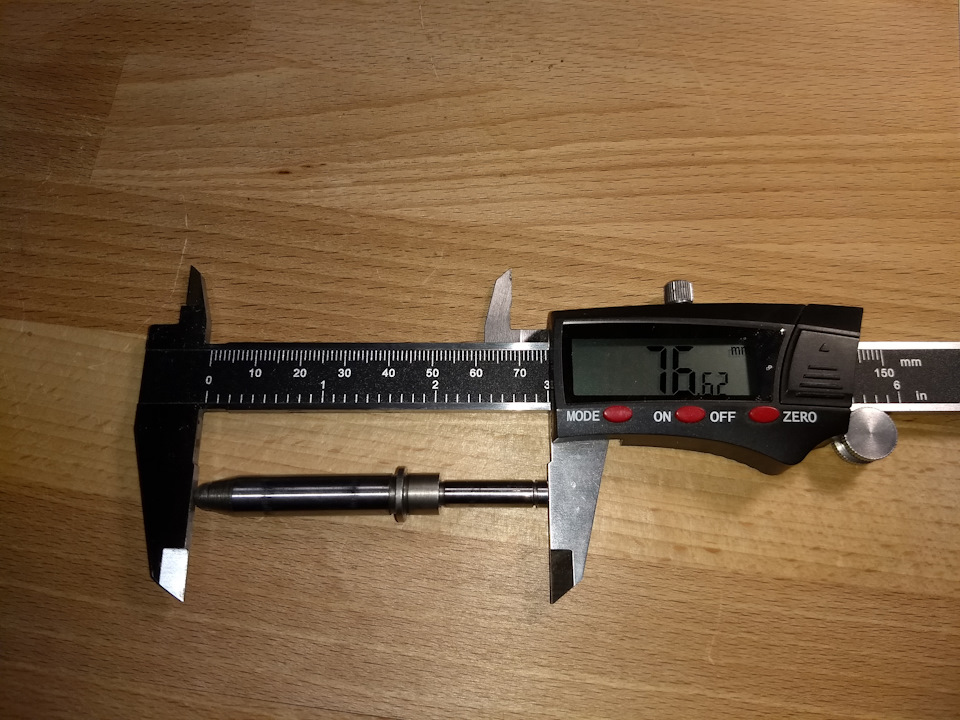 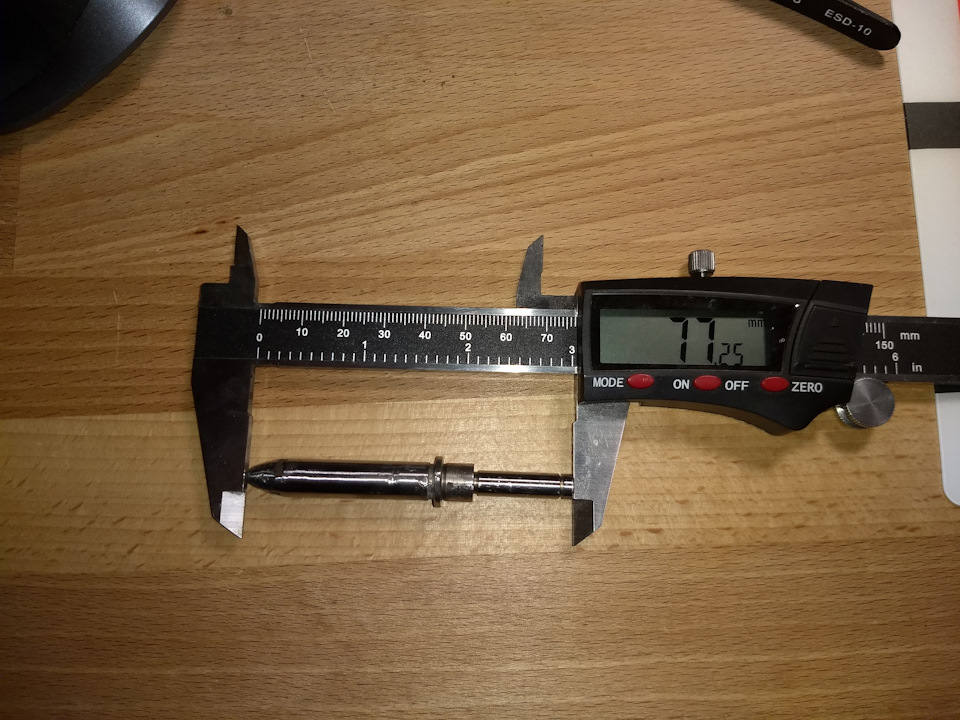 If the washer is here in piston assembly just for the correct gap then it is a much more convenient way to recover piston travel length than welding a pin.
05 XC70 260k, 16 XC60 40k, 19 Tundra 1k
Top

So when you’re extending the pin by welding a new tip (tip vs base, I presume?) on it, do you just roughly reshape it or are you profiling it on a lathe? Basically is the length the most critical part & not the shape of the tip?

Edit, I ask because in the pictures the pin you show looks less than in pristine shape, which lead me to wonder if this is not critical.

Weld a bit on top of the tip and roughly reshape. Tip just pushes against the band, no mirror-like surface is required there.

Gotcha, thanks. I sure appreciate all your additions to the knowledge base here, you're always so thorough.

Thanks for all that info!! Will read through it more when I get off work. The end of my piston looked abit beaten up, so I guess the band where the pison pishes on is worse. Takes some force to beat up a stainless steel rod

Is there any way to know if the piston needs to be longer other then try and see? Diassasemly of the conplete gearbox is abit firther down the line for me!
I will try to sort a piston from a junkyard to experiment with.
Top

And this was my first welding job done ever. I could not fire it up, gradually moved the knob to 90 Amps and had a 1/8" of the pin evaporated in one stroke

vtl wrote: ↑
Sun Aug 11, 2019 6:16 pm
Weld a bit on top of the tip and roughly reshape. Tip just pushes against the band, no mirror-like surface is required there.

Is there any way of knowing how much longer the piston needs to be? Or to know if it needs to be longer at all. My piston has two bands running on the top cone.
Top
Post Reply