It's a work in progress, and I promised Volvo Specialists mechanic Quin I wouldn't show too much of the car's current level of cleanliness. It's been parked for weeks outside, so it's dirty. But it's what inside that counts, and that's what we're here for.


This is Going to be Monster
Probably the most notable item about this car is the transmission: it's now a 6-speed manual (M66), donated by a wrecked manual S60. The second notable thing about this Volvo is that it's AWD. And the third is that it's going to dyno with lots and lots of horsepower. 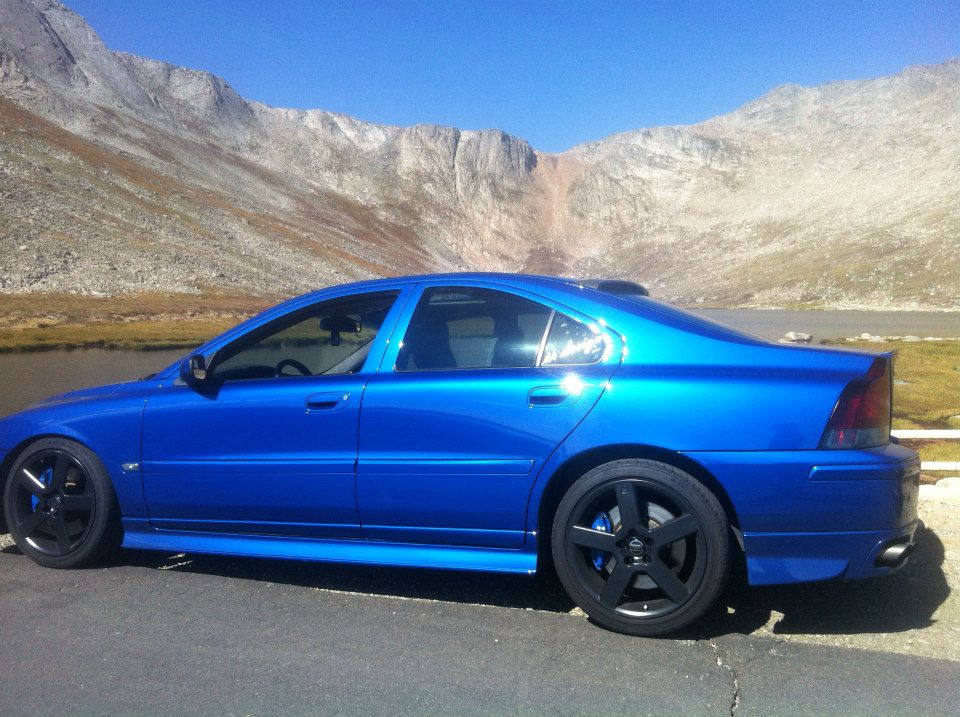 Quin's S60 AWD when pretty, and drivable, about a year ago, back when it was merely a fast auto S60 AWD with mods. 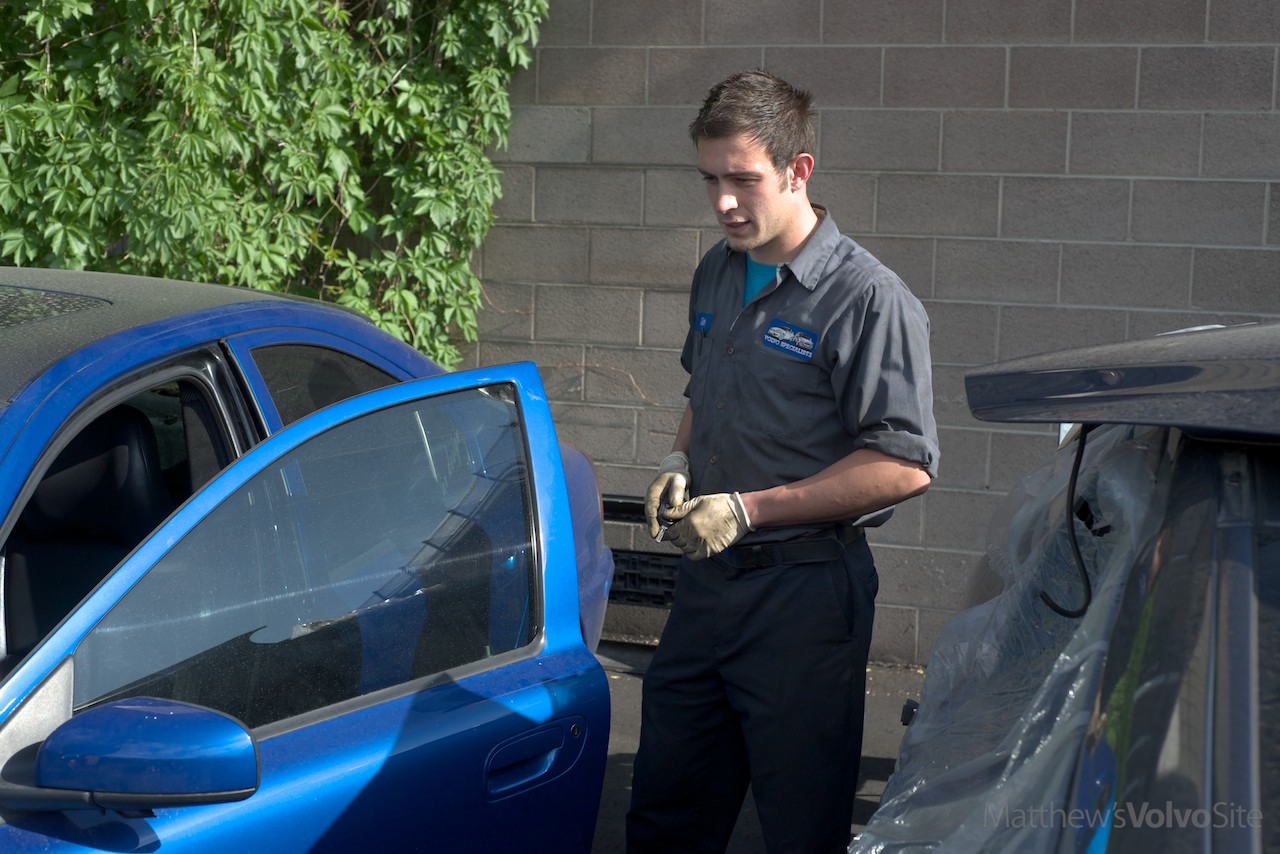 After the swap [L], and the poor donor car [R] (now a pure parts car). Quin said a donor was incredibly important to the swap, with all the clips, lines and brackets needed. 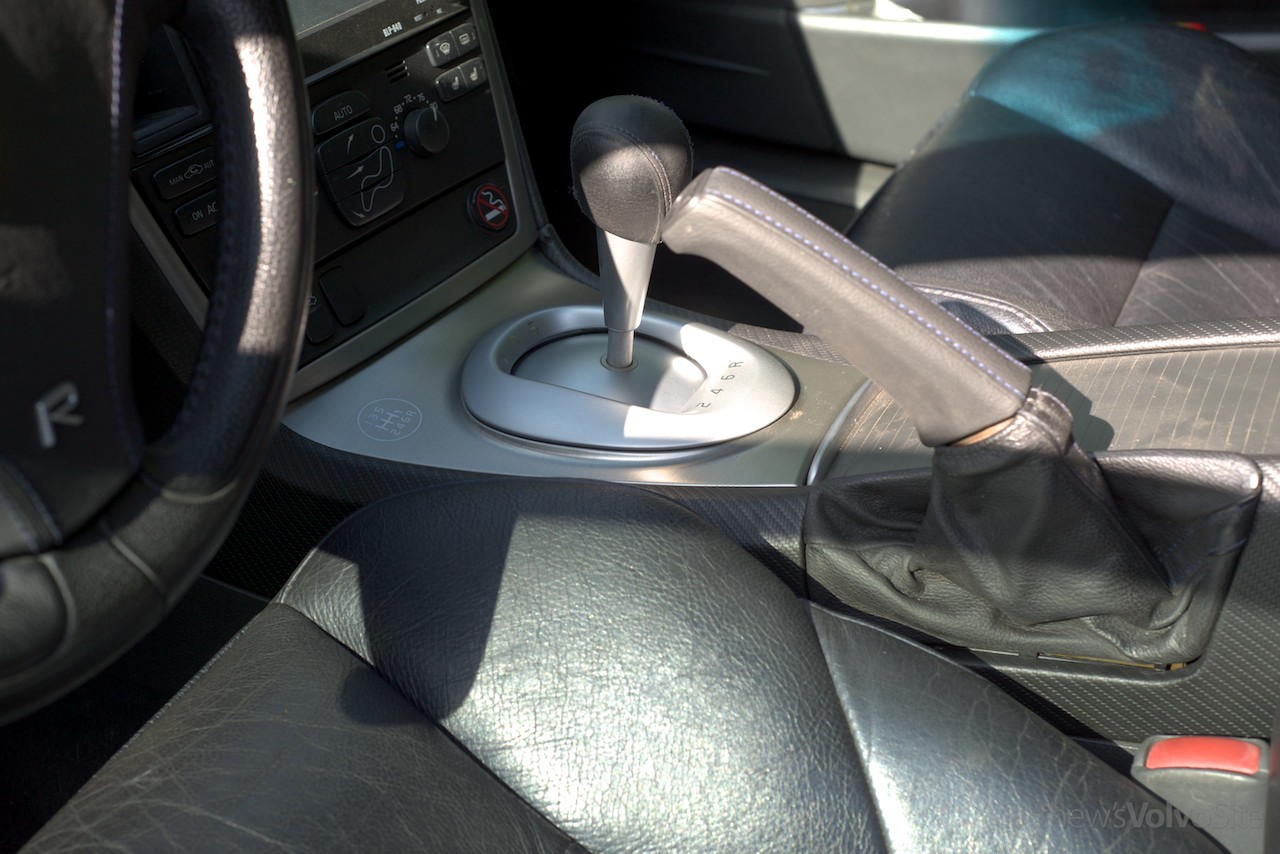 The sometimes-mocked "baseball" shifter found in P2 manuals. Quin loves it, for the record. (I'm not judging, just reporting 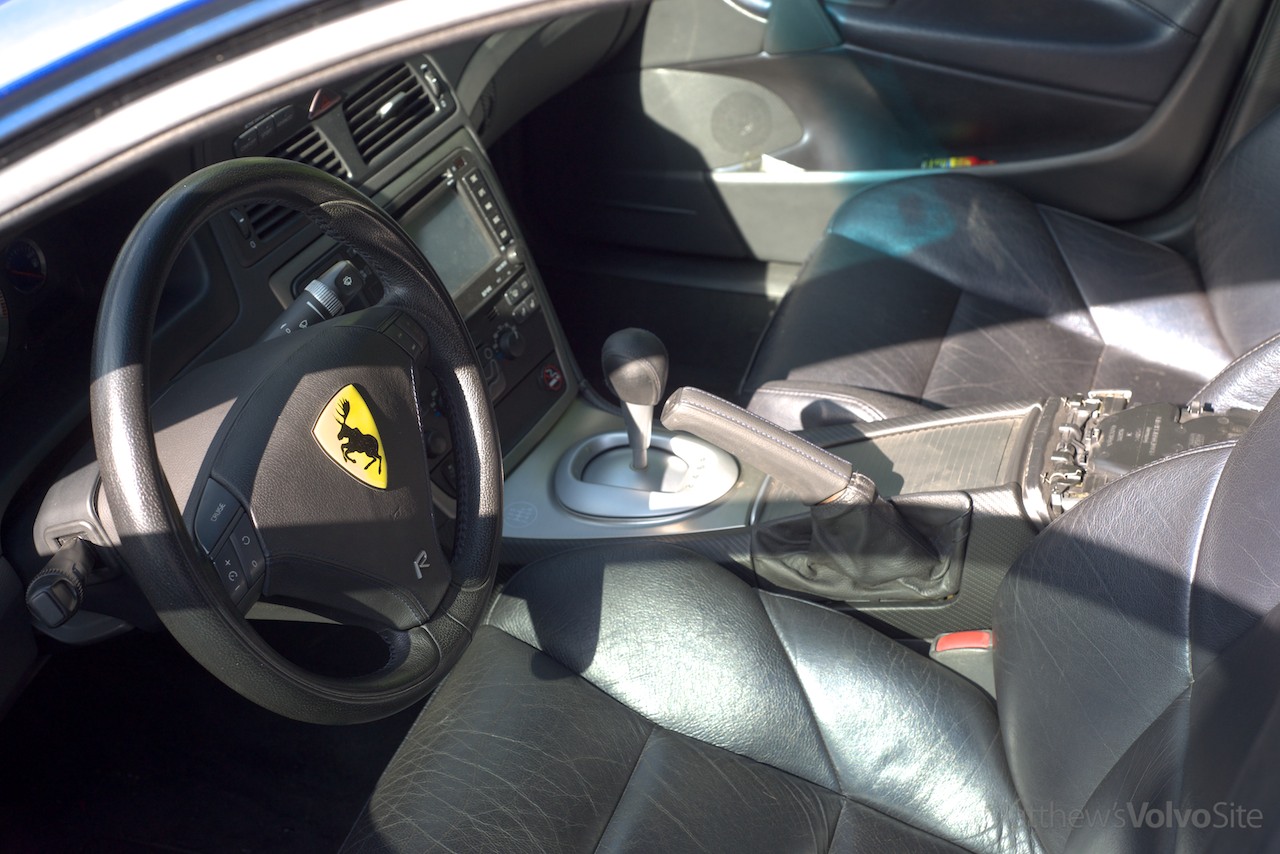 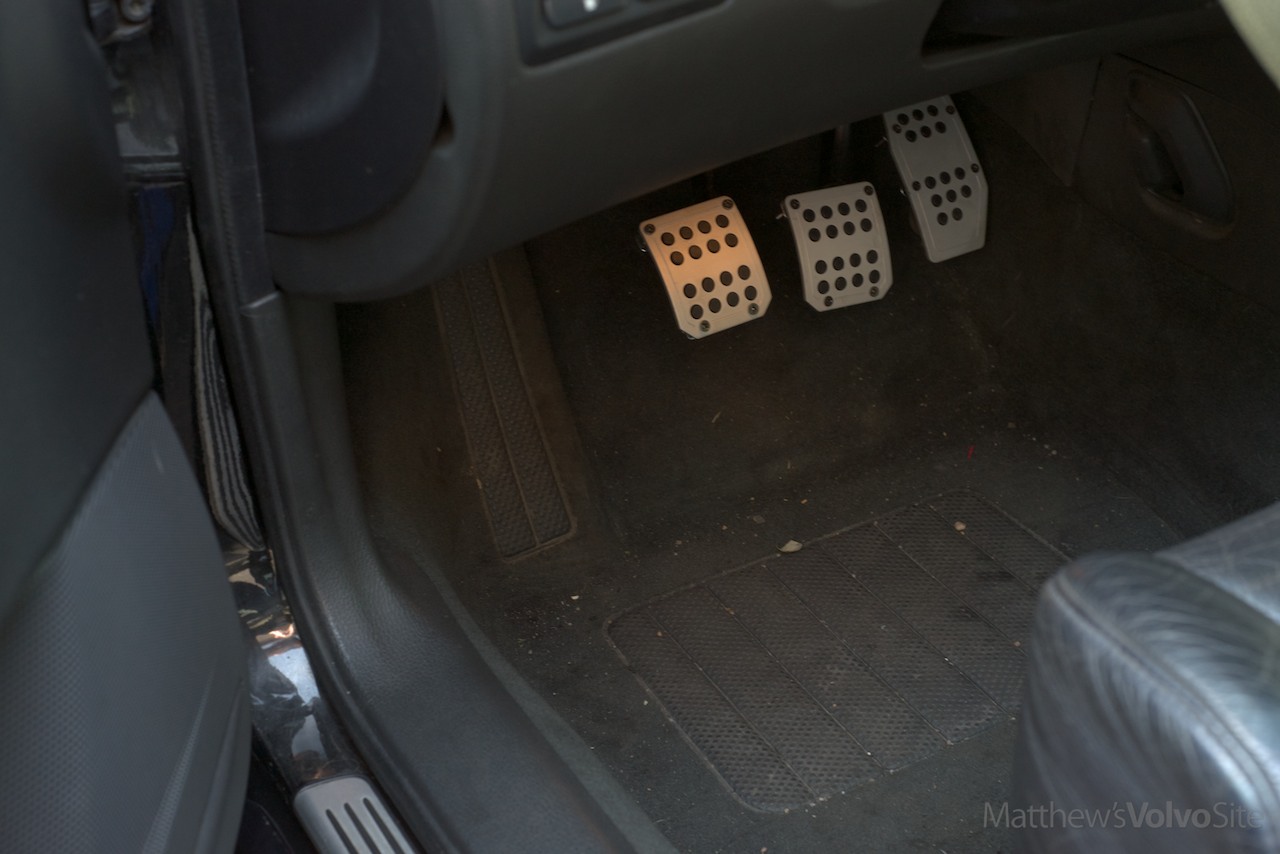 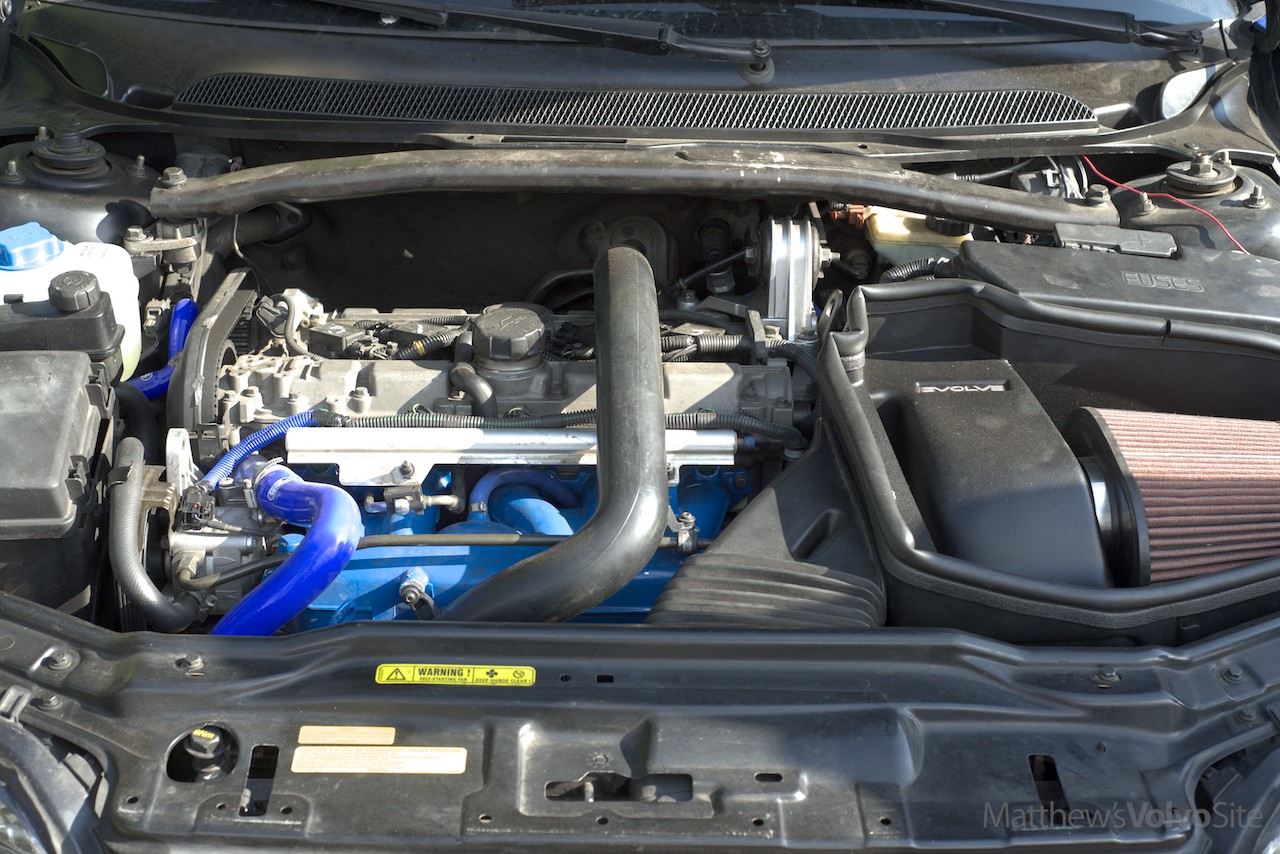 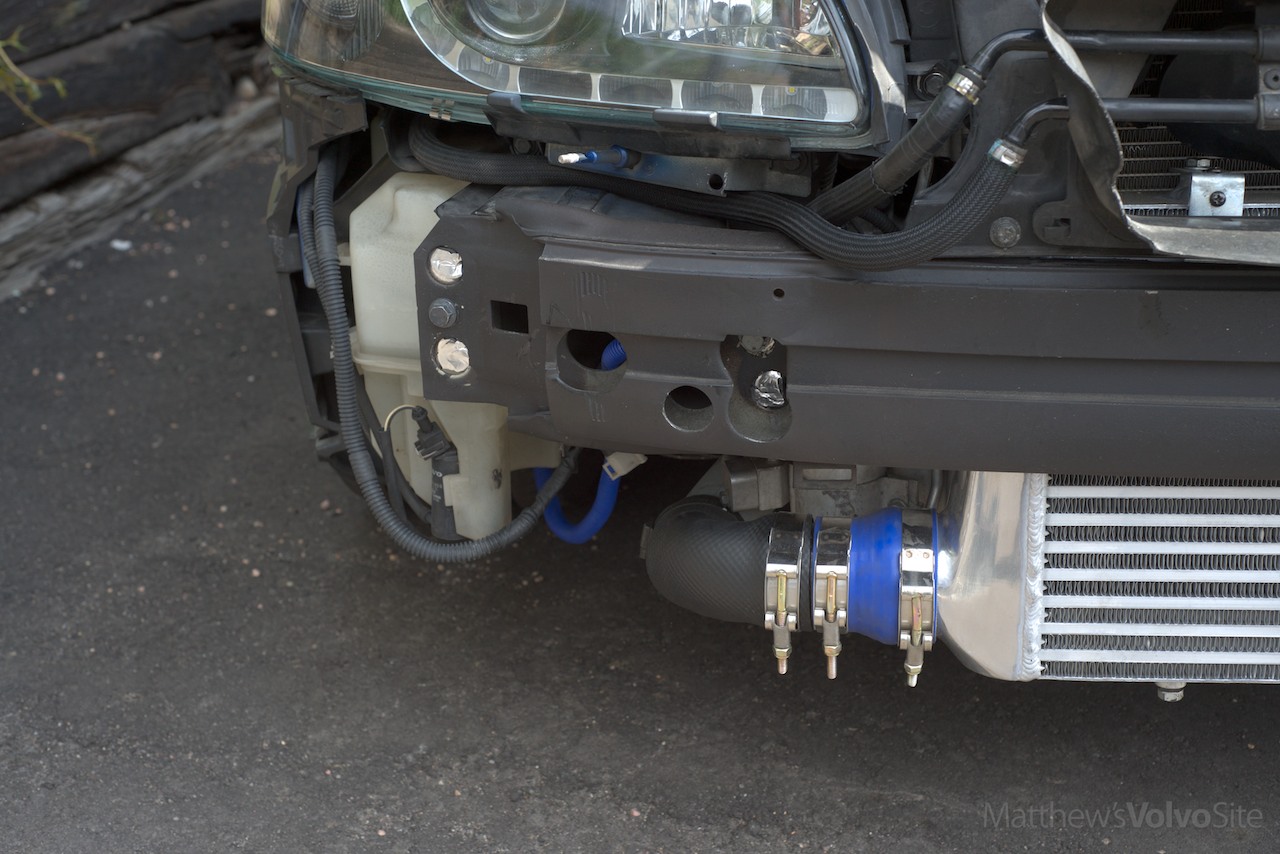 Huge FMIC. Keep in mind Quin isn't a money-no-object tuner. He's got a budget like everyone else here. This FMIC is around $200. 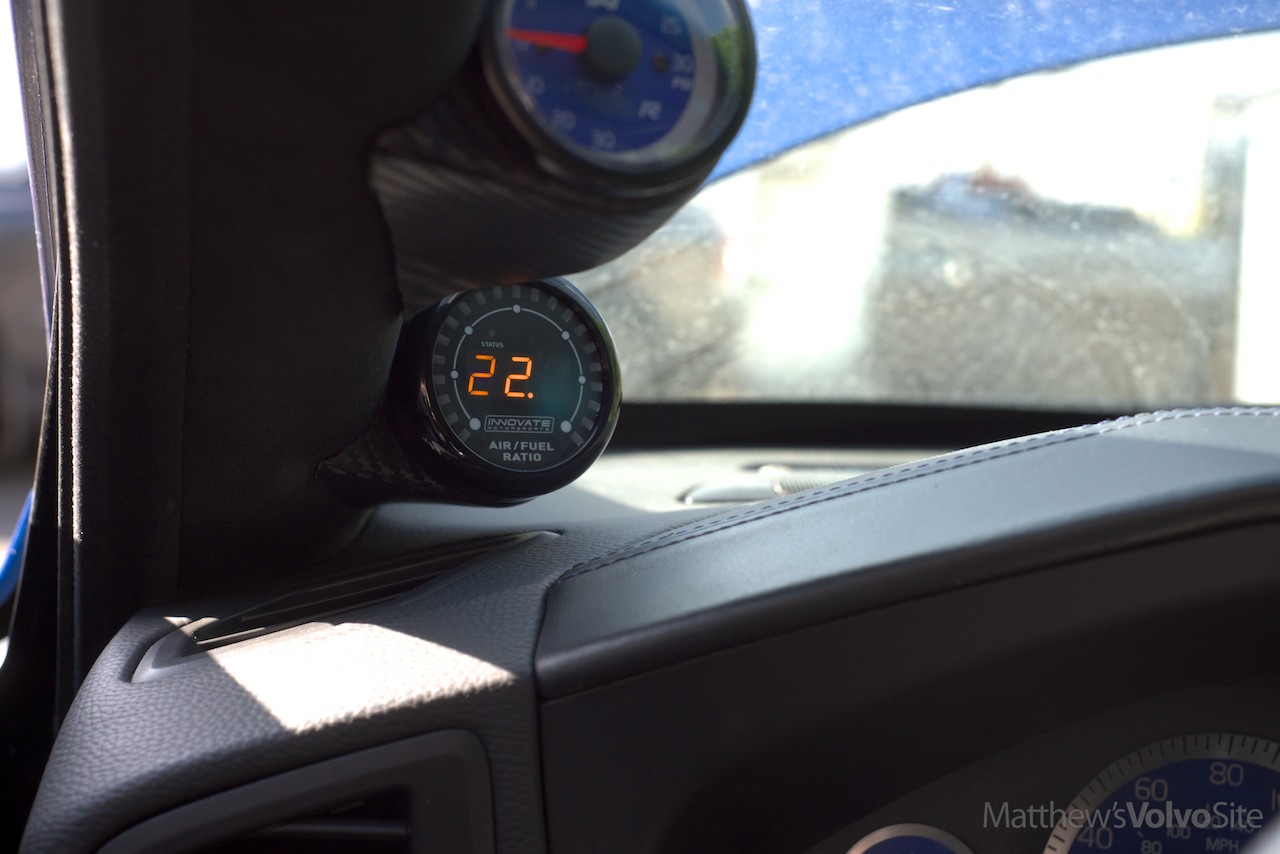 Fuel/Air ratio guage, one-way only (i.e.: not a driver-adjustable variable, except by ARD's Lucky, who is doing the custom ECU tune that Quin is waiting on). AR Design here in Denver made his downpipe, and added a second bung for the A/F sensor. 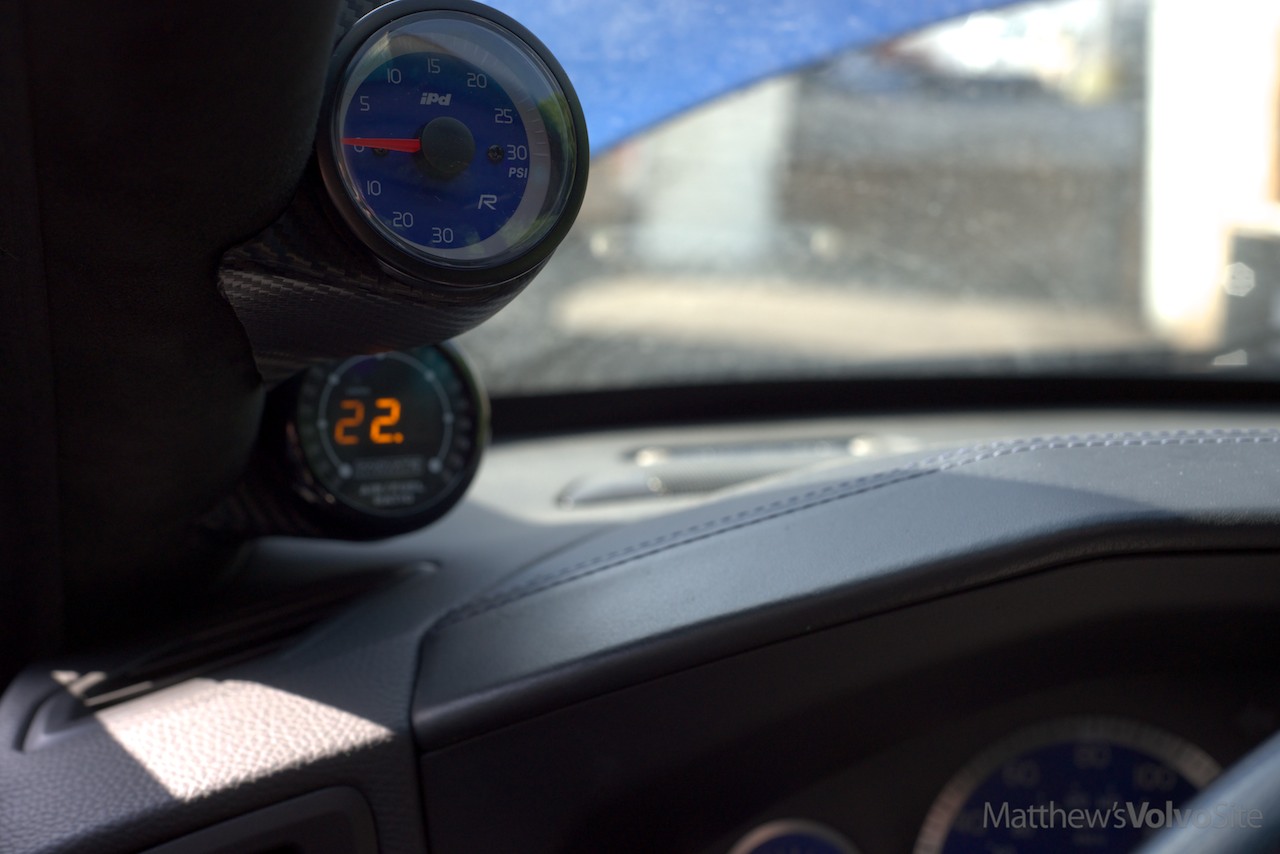 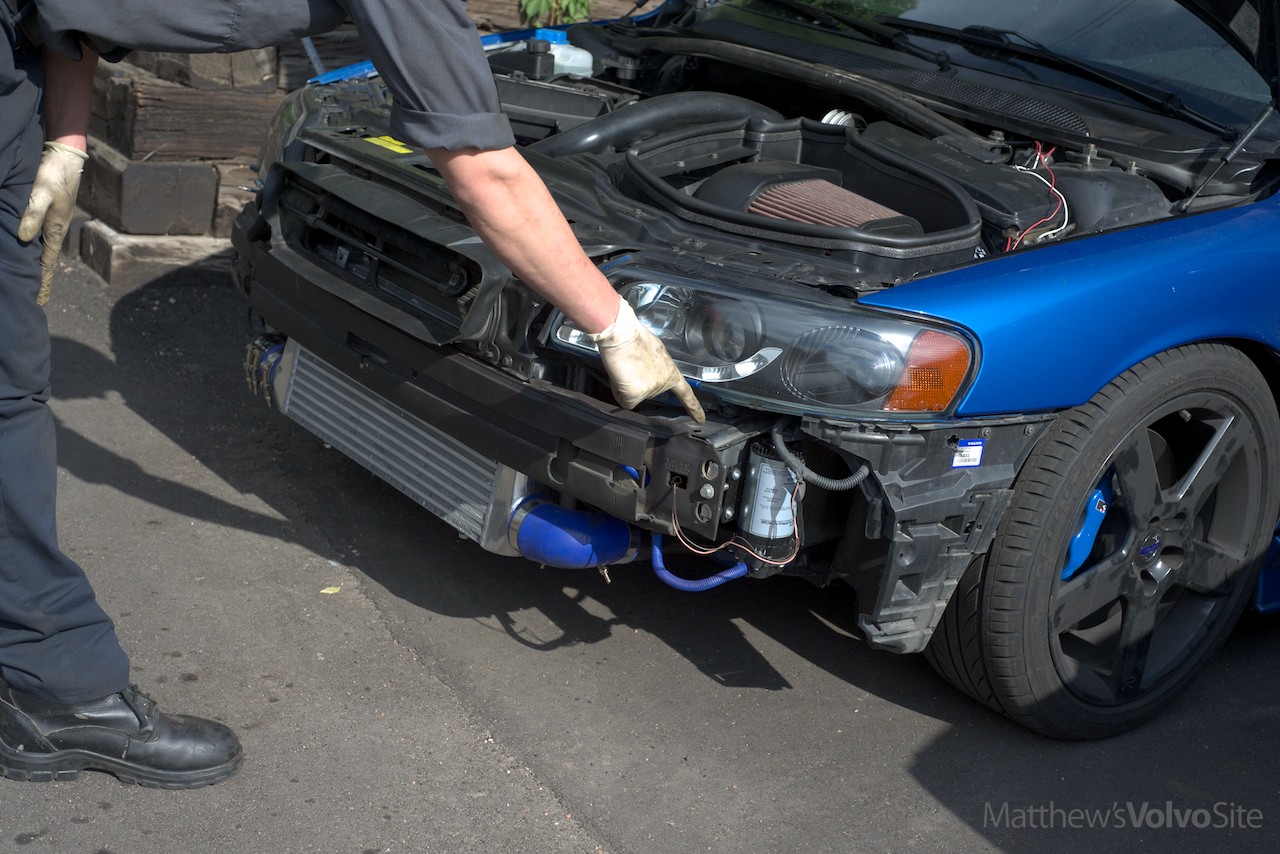 Here Quin points to the ~$270 Snow brand water/methanol injection unit, which is set to 50-50. 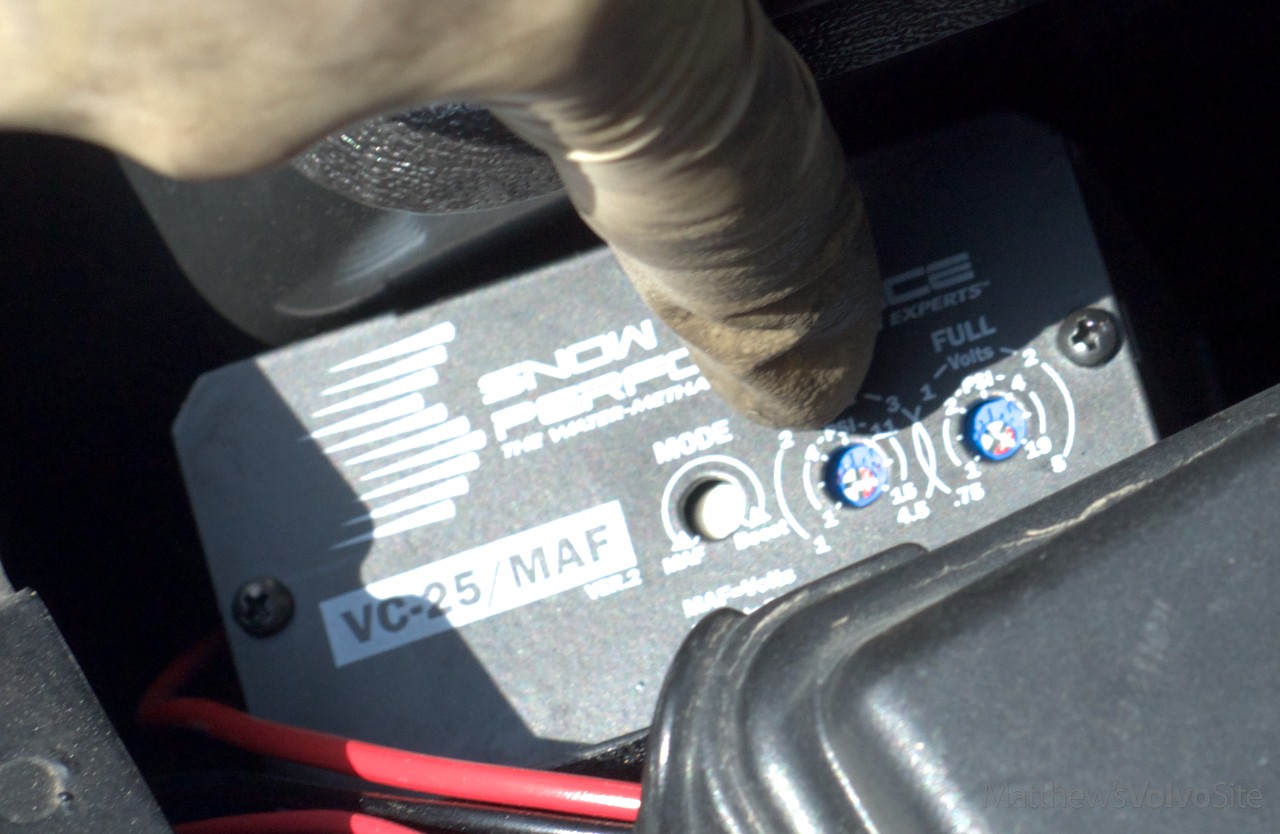 And its interface, which allows setting the amount of injection per RPMs. Nice.

Going Where Few? None? Have Gone Before
Quin estimates the manual swap took up to 35 hours, with many of those thrown at problems nobody -- as far as he knew -- had tackled yet, like mating the M66 and driveshaft to the rear angle gear -- it's a different mating than R's. In addition, before Lucky, no engine management tune was known to have worked with this collection of systems. "P80 manual swaps are much easier."
Help keep MVS on the web -> click sponsors' links here on MVS when you buy from them.
Also -> Amazon link. Click that when you go to buy something on Amazon and MVS gets a kickback.

Such a gorgeous s60.
'All my money is gone and I have an old Volvo.' - Bamse's Turbo Underpants

Just picked up an S60 AWD auto for the missus.

I spoke to Quin the other day and he said he'd never do that manual swap again. Far too complicated.

Unfortunately, this stage 2 S60 was totalled in a crazy rollover crash later that 2013 summer.

Quin and his passengers were not seriously hurt. Read more via that link above. 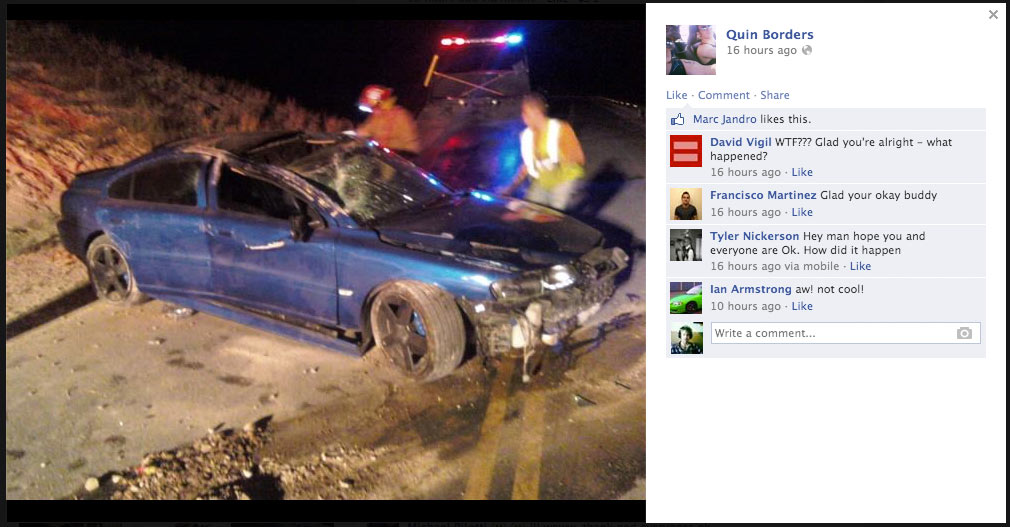 Sonic Blue
Help keep MVS on the web -> click sponsors' links here on MVS when you buy from them.
Also -> Amazon link. Click that when you go to buy something on Amazon and MVS gets a kickback.