A few years ago, we passed on to her our 2002 XC70, which she immediately fell in love with.
When fitted with its very aggressive set of Hakkapeliitta studded snow tires, it's almost unstoppable in winter.
She named it "Blue" and it was perfect for her commute, camping and mountain adventures around Colorado. 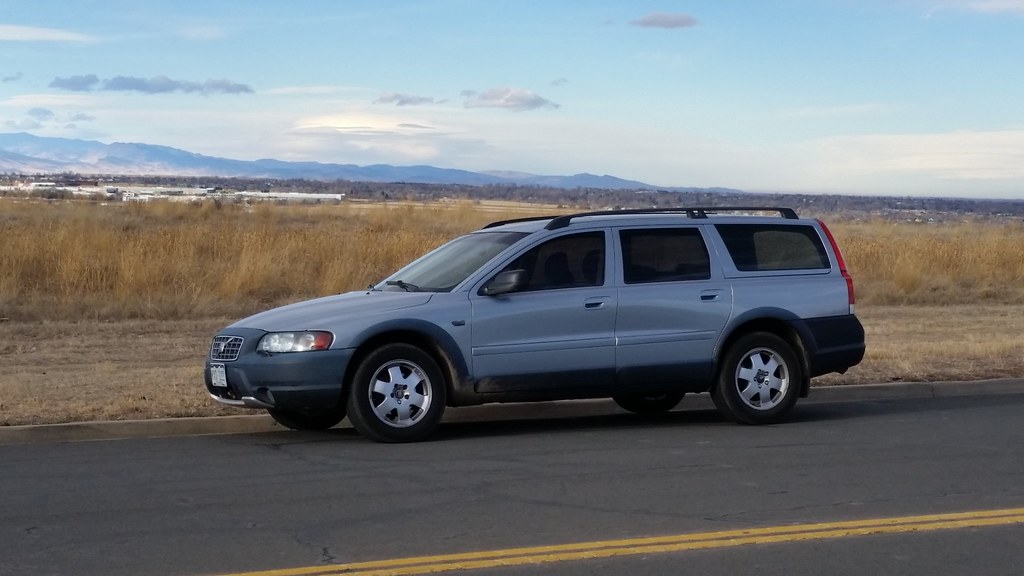 Earlier this fall, "Blue" was totaled by a high-speed deer strike out on the sage flats south of Salida, CO.
Our term for roadside deer is "Sandbags on stilts". And they are just about that smart, too.
On the upside, it didn't come through the windshield, no one was injured and everyone but the deer and the vehicle is OK. 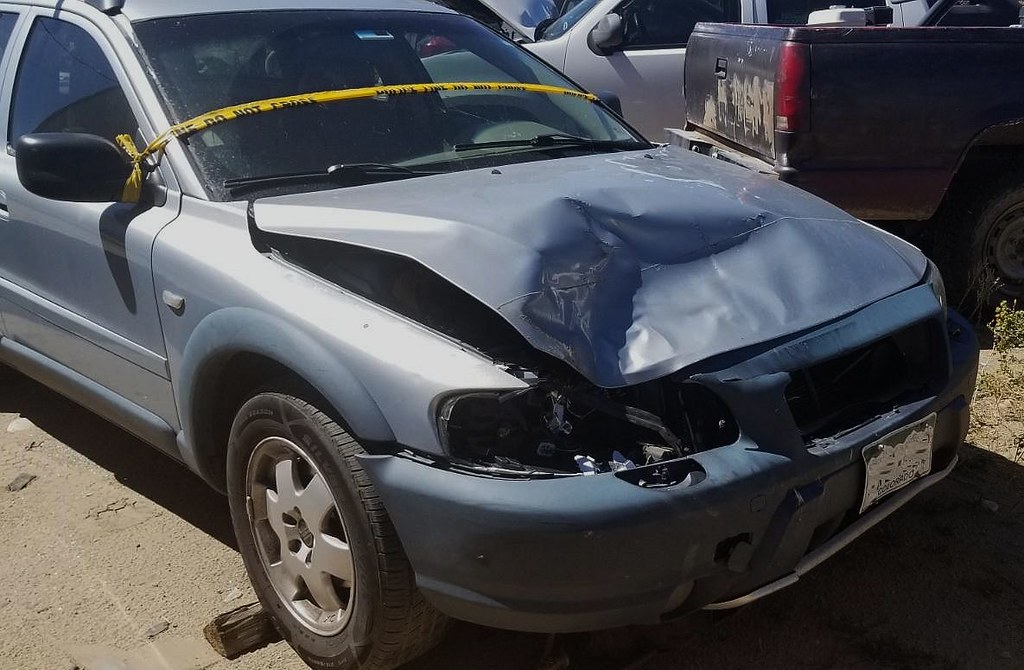 I've put dashcams in all my cars because young inattentive/texting drivers keep running into & totaling them and then lying about it, and just a month before her birthday present was a dashcam for Blue

To see the dash-cam video of how fast this happened, either click on or open in a new window the image below or try this link... Volvo Deer Strike (You may have to enable pop-up windows for flickr.com).

[Caution - not for the sensitive - contains screams, a loud 4-letter utterance, and the tumbling aftermath of a high-energy deer impact] 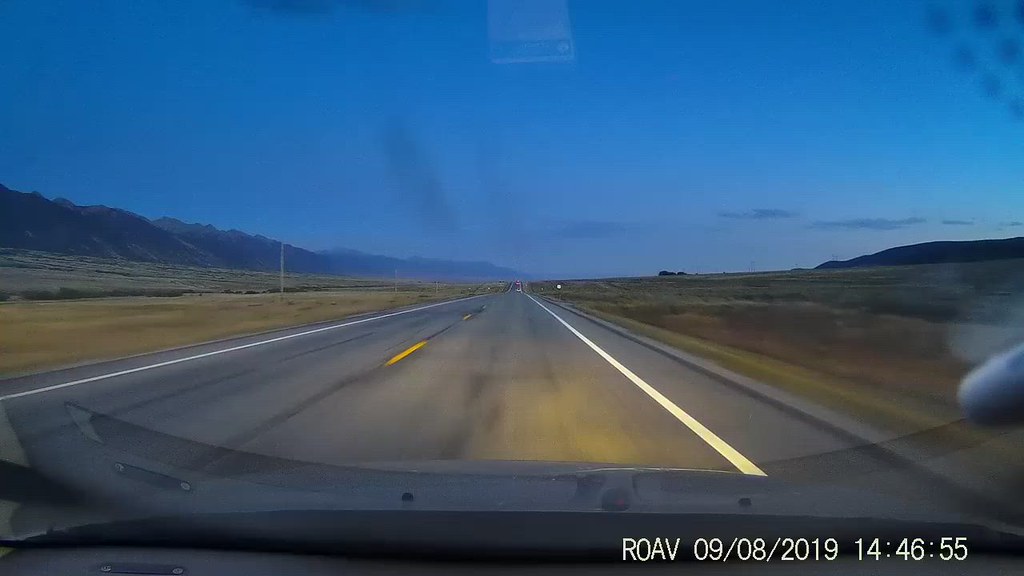 The fact the deer was just in front of the reflective sign made it much harder to initially discern.
And her boyfriend earned major dad points for his immediate gold-star response.

We had it towed to a repair shop near home, where it was officially declared totaled.
It was in such good shape otherwise that, with the encouragement of Abscate here, we decided to buy it back from the insurance company and make a run at resurrecting it ourselves.

And a lot of measuring, hammering and restraightening in the passengers front corner. 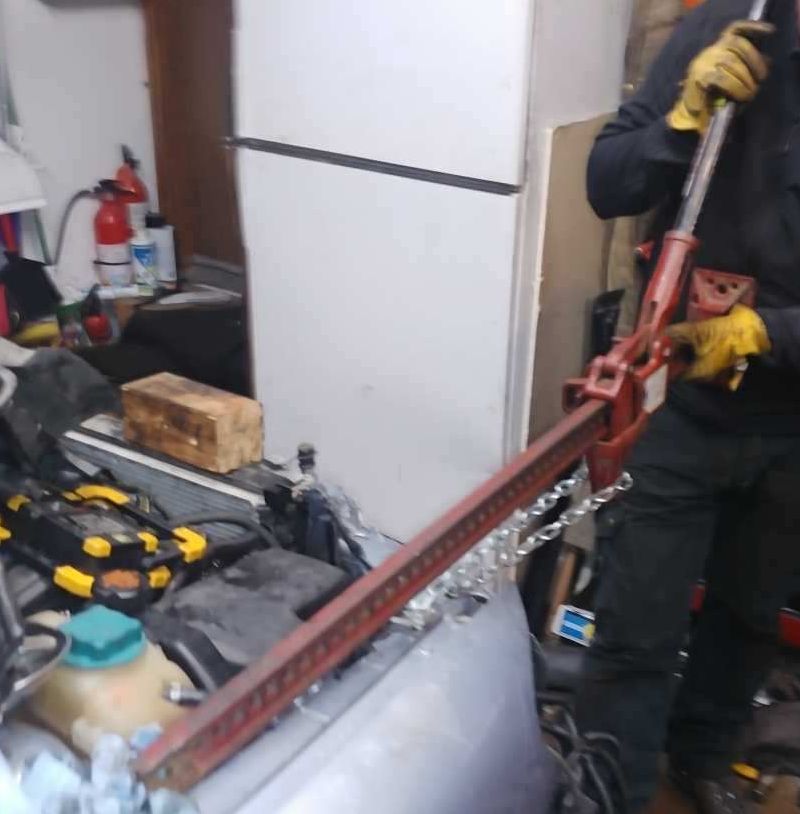 We were fortunate that there were lots of donor XC70s in the yards and almost everything was bolt-on replaceable.
But the fact that there are subtle differences in some of the parts, like the PS pump, did cost us some time. 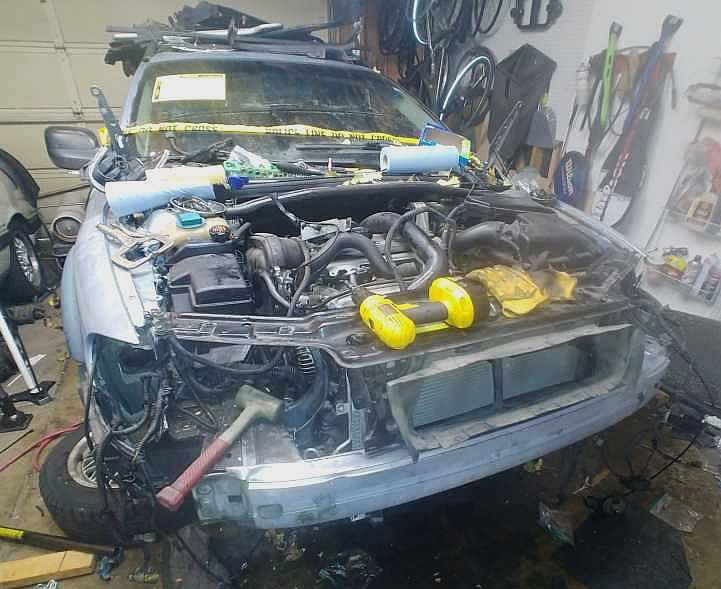 After about 5 days worth of parts hunting in the boneyards and hard restoration work in the garage, Blue is back on the road!
The hood color match is very close, but not exact. That's easy to fix once a matching XC70 shows up in the yards.
We even upgraded her to the $$$ late model HID lamps.

Needless to say, our daughter is over the moon. 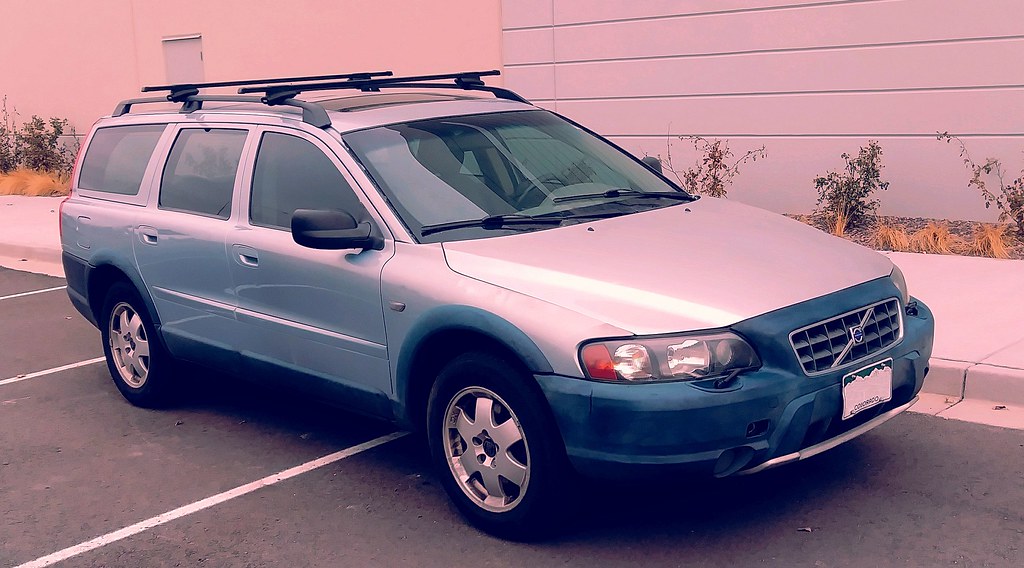 MVS totally approves this topic, with the Husky bark of approval

That's impressive work - you did all this at home? Did you need to replace that upper crossmember / radiator support?

Great work indeed. I’ve been on that stretch of road many times. That deer caught serious air.

Thanks for joining and posting, sanchius.
Help keep MVS on the web -> click sponsors' links here on MVS when you buy from them.
Also -> Amazon link. Click that when you go to buy something on Amazon and MVS gets a kickback. 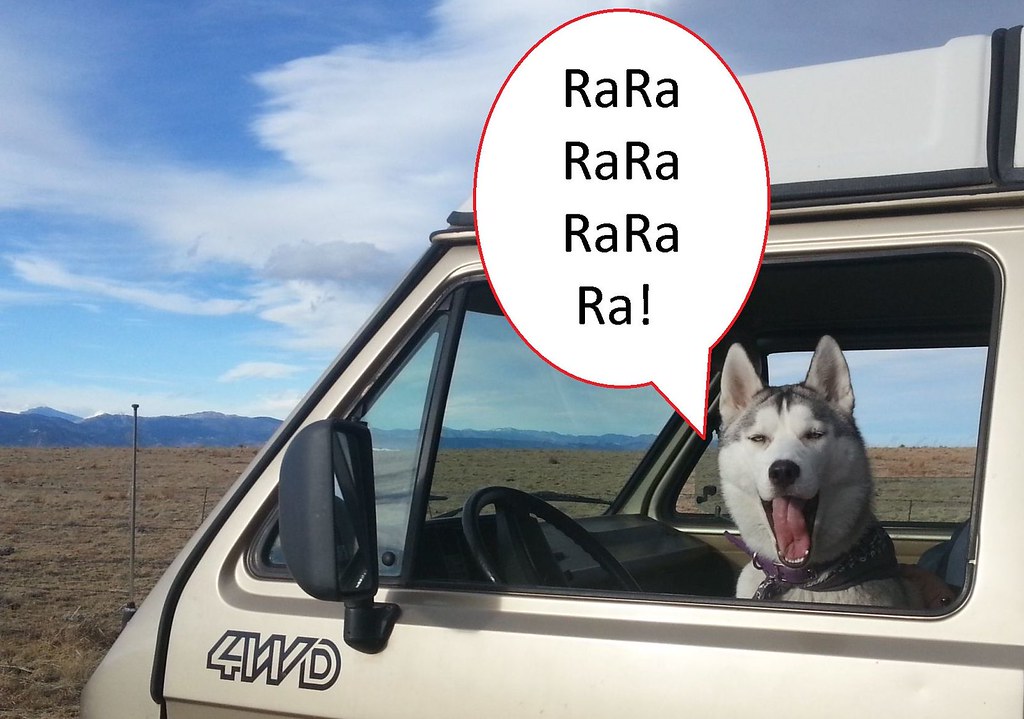 BlackBart wrote: ↑
Fri Nov 08, 2019 9:39 am
That's impressive work - you did all this at home? Did you need to replace that upper crossmember / radiator support?

Thanks! Yes and Yes.

The original black upper radiator support xmember was crumpled, but the new one you see was a dead simple bolt-on replacement that provided a great alignment template for reattaching & straightening the broken/twisted px-side light & radiator support frame (the light-colored wrinkly diagonal piece between the center of the red farm jack and the black AC fill port in the pic above).

We spent a lot of time making the part to replace the broken px-side bumper tab that the lower px-side of the xmember bolts to and reattaching the broken spot welds on the HL/Rad support frame so that everything was properly located and aligned.

But this was not our first rodeo and my son did most of the hard work.

He was particularly outstanding in figuring out how to relocate the interface wiring harness pins to run the new HID's off the old harness.
Last edited by sanchius on Fri Nov 08, 2019 11:00 am, edited 1 time in total.
Top

Wow, I am really glad your daughter and her boyfriend came out of that unharmed.

Daughter called a few nights ago. "Dad, Blue just died on me. It starts fine, but when I put it in gear it just dies."

"OK, let me see what I can find. But since I'm back in Nevada, you and your brother will need to fix this."

I google various Volvo sites for the symptoms, possible causes and solutions to suggest to them...
- Might be a locked up torque converter, did the trans fluid get contaminated somehow with the deer hit?
- Unclean MAF or throttle sensor?
- Did a sensor connection/wire get damaged or missed reconnecting?
- Big vacuum leak somewhere?
Hopefully it's whatever is cheapest/easiest to fix.

This is a solid, well-maintained vehicle, so I'm not too worried.
I amazon them a cheap but well reviewed OBDII reader to get more data.

Son called last night. He has found the problem.
We missed tightening a hose clamp and one of the turbo hoses popped off the intercooler.

Really BIG vacuum leak.
The upside is that this is a 2-minute, 0$, fix.

I sometimes get the call from another city where the child is stuck in the middle of an intersection blocking traffic, in the rain, at night, and "it keeps stalling, dad!"

Blue looks like Arctic Pearl Metallic - Colour code 444 - can you have Ms Sanchius snap a pick of the inner plate on the left fender and confirm? We will watch our for matching hoods out here - a lot more activity out here in Volvo Boneyards

I love how quickly she re-composed, well done.

On that stall out - a quick way to check for vacuum induction leaks that are giving poor running.

Start car and try. You will pop a MAF code, but if unmetered air is getting in, the disconnected MAF will force the ECU to run from lookup table instead of metering, and it will run quite well.