My steering rack is leaking out of the steering shaft. The car is a 98 V70 AWD, and finding a used rack will be near impossible. Looking online, it looks like 98-99 AWD racks are the same. I'm planning on rebuilding mine in the spring, but wondering if a leaking rack is common, and something a rebuild kit wont fix?
98 V70 GLT AWD
05 VW Golf TDI
93 Mazda B2200 with 13B rotary engine swap
Top

There are two flavors of rack on these cars, one made by TRW and one by SMI, you have to roll under and see which one you have.

Here are some relevant threads. Short version m if you replace everything from rack to tie rod ends you can use either one. If you want to use your existing tie rod ends , you have to match what you have.

Hang ups on this job.

4 you need to jack engine and subframe a bit to clear bolts , reported in thread below

The rack doesn't look too bad to get out, I changed one on a Focus a few months ago, was a similar ordeal. I originally thought it was my power steering fitting o-rings on the rack, I changed them out about a month ago, I think it slowed down, the return line seal was damaged and the fitting was loose. I'm hoping to throw a rebuild kit in this rack, replace all 4 tie rod ends while its apart too. When I first started driving this car, it had the occasional hard spot, but since I have been driving it and replacing the leaked out fluid with Lucas stop leak, the hard spots have disappeared, but my car sat awhile so I assume the seals are all hard.
98 V70 GLT AWD
05 VW Golf TDI
93 Mazda B2200 with 13B rotary engine swap
Top

The re-build kits can be hard to track down and none had the top dust seal. I bought a set of seals from a company in the US (Corteco?) and they could not supply that particular seal and otherwise it is NA (this was for an SMI rack).

Some people have had good luck ATP AT-205 Re-Seal on a leaking rack. Worth a try, might buy you some time. 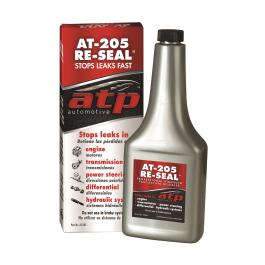