What to Help a Moderator ? 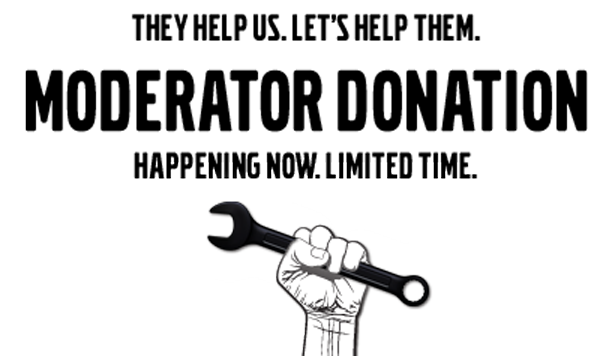 The MVS Moderator crew help other Volvo owners because they love to help, not because they get paid. They are volunteers.

These guys are regular people with regular jobs, and trust me when I say if you have $10 or $20 or more to donate to them, it’s genuinely appreciated.

Thanks a bunch, guys!

Check out some of these great Volvo Facts

1. Volvo was founded in a Stockholm restaurant by the name of Sturehof on 25 July 1924, by Assar Gabrielsson and Gustav Larsson. But where does the name Volvo originate from?  “Volvere” is the infinitive form of the verb “roll” in Latin. In its first person singular form, the verb “volvere” becomes “volvo,” i.e. “I roll.”

2. The Volvo logo of a shield and a spear is the symbol of Mars, the ancient Roman god of war, which stems from the ancient chemical symbol for iron – a circle with an arrow pointing diagonally upwards to the right. The diagonal iron bar used to attach the logo to the first Volvo models’ grilles also became part of the official logo later on. The iron badge is also a representation of the Swedish iron industry and their qualities of strength and durability.

3. Volvo has recently declared that by 2020, their cars will be death-proof: Volvo Cars CEO, Håkan Samuelsson, made this statement: “Our vision is that by 2020, nobody should be seriously injured or killed in a new Volvo car.”

1944, this brand’s tagline was “We did not invent the car, but we set the safety standards” which became the cornerstone of company’s corporate philosophy – and indeed, they’ve set the bar sky-high. With a slew of ground-breaking safety systems that allow for self-steering, autonomous stopping and restarting in traffic, large animal (or cyclist) detection and various types of collision avoidance, a Volvo is one of the safest car in which to find yourself these days.

4. Volvo introduced both the two- and three-point safety belts. In 1959 an engineer by the name of Nils Bolin brought the three-point safety belt to fruition, effectively making Volvo the first auto-marque to offer these seat belts as standard spec on all of its cars. In 1960, Volvo also ensured that the dashboards on their vehicles were made of a softer type of plastic that would be easier on the human body in case of an accident.

5. Did you know that Volvo is also the father of Brake Assist, which offers extra braking power when having to brake very hard? This was known as ‘brake booster’, which was introduced by Volvo in 1965.

6. Volvos are known for their extremely comfortable seats, and for good reason: They created their seats with the help of orthopaedic surgeons and other medical experts so that every Volvo driver and passenger’s spine would be perfectly supported.

7. The Volvo 144 made its appearance in 1966, with a plethora of safety systems, unheard of at that time period. It came equipped with a collapsible steering column, four-wheel disc brakes, three-point safety belts with new locks, a strengthened chassis with energy-absorbing crumple zones (in the front and rear), and a V-shaped separate circuit brake system which would continue to work, even if one of the circuits went off.

8. Volvo installed front and rear fog lights on its vehicles in 1987 – and were the first car-maker to do so.

9. Safety belts with pre-tensioners, anyone? Once again, Volvo blazes the trail with this safety feature in 1987.

10. Volvo’s most significant invention, however, remains the airbag. It was also in the year of 1987, that the Swedish automaker introduced this life-saving safety feature to the world.