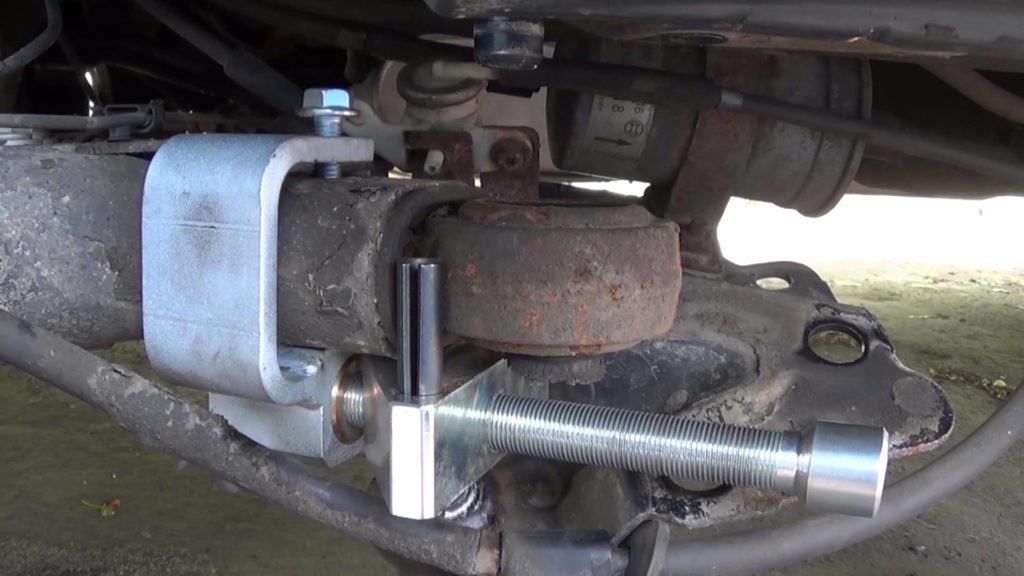 Sick of dealing with your volvos rear shock clunking? Read what others have to say about it.

MVS Forum Member Enrique has some experience in dealing with clunky rear shocks. Learn from his past situation so you can save yourself some headache. Enrique says: It may or may not be the same situation, but I’ll tell you about my recent experience. I too was hearing a “ker-plunk”, but in the rear of my car. I have Bilstein’s and IPD’s springs all the way around. When I bounced the car up and down, I could see the shock piston move vertically in the upper rear shock mount. I thought it was a bad mount (50K miles), so I replaced both of them. The noise was still there. I called IPD and they told me that Bilstein produced some shocks where the threads don’t go down far enough to allow the shock to be really tightened down. They recommended a couple of washers under the nut. Sure enough, two 3/8? washers under each nut did the job. It feels like a new car.

The front mounts on the 850, S70, V70’s are a known weak link, but it might be worth placing a couple of washers under the bolt and see if that cinches the piston down. But then again, it could be that the mount has gone south.

Having tried Bilstein’s, KYB, Koni, and Tokico over the years, in three different cars, I really like the feel of Bilstein’s. They instill confidence. And with a lifetime warrantee, you don’t have to buy another pair. One car (300K+ miles) is on its third set in 19 years. The last two sets were free, sans the labor to install them.

How To Fix Rear Shock Clunking