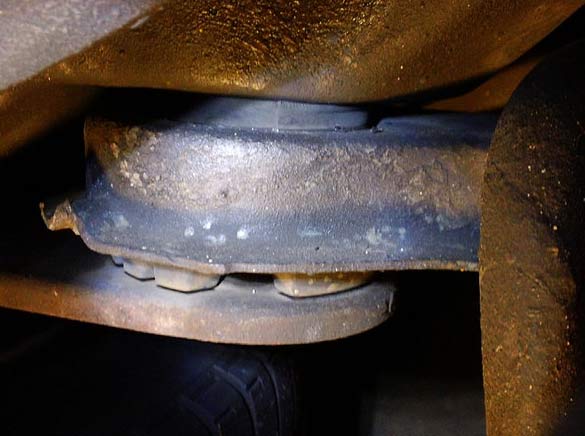 This passenger side bushing is still ok. 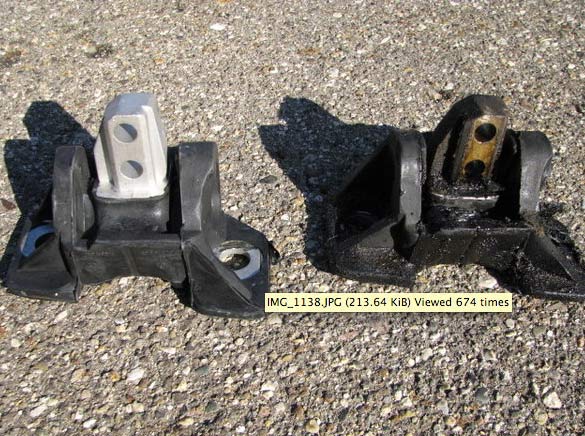 How to ID a Collapsed Subframe Bushing

The suspension parts are looking degraded, worn out. The survey shows few AFTs.
Read through several post on MVS. From the cn90 posts and responses, i take it would be best to replace most of these parts at the same time, and get one complete wheel alignment afterward. I am asking again why not go with all Volvo, since the Volvo parts are not that far off Volvo/OEM/SACHS/Bilstein TC mix.

Meanwhile, I have railroad style clunk. Here are two photos of rear subframe bushing while it sat on two jack stand which I had placed under the subframe near each lower control arm. Wheels are off, it was raised just enough to remove the two front wheels for suspension check up.

Driver side rear bushing appears collapsed, it is becoming metal to metal, is it? Also, notice a wider gap between lower part of bushing and subframe.

Is it safe to replace the bushing with few jack stands, and wheels on? Does it need alignment of any kind afterward?

The post from Bill of Durham is bit short on detail for me, and it point to a special tool, where do you find one?

Is there write up with details, like cn90 style.

RE: IS THIS A COLLAPSED SUBFRAME BUSHING?

You mentioned a “railroad” type of clunking noise. Have you replaced the lower right engine mount? It would be the one pictured in my avatar photo. That one has a tell tale metal to metal sound when it is collapsed.

I’ve never had a metal sound when that mount is bad. All of mine has rubber under them and are still pretty quiet. You can tell that the one on the left was resting on the sub-frame.