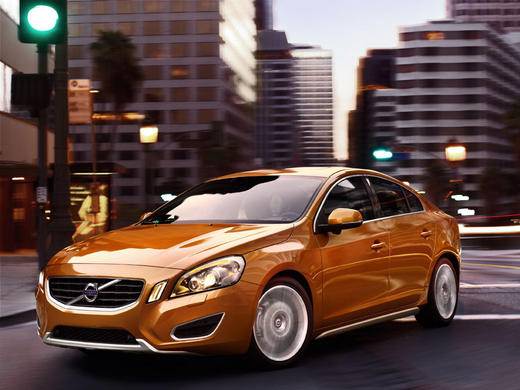 Last year’s debut of the all-new S60 T6 marked a milestone for Volvo sedans: naughty. (Literally, “naughty” — as pretentious as it was — was the marketing adjective used as the centerpiece of the new S60). It was the first Volvo sedan in recent memory marketed to buyers with performance at or near the top of their want list.

The car won accolades from the automobile press, the performance of the inline 6 having much to do with it. Zero-to-sixty times in the mid 5-second range were commonplace, and the car’s all-wheel drive contributed to its exceptional handling (.9G cornering, by one test). Buyers with less substantial incomes could get perhaps 85% of the performance of the T6 by buying the $7000 less, 250hp, 20/30-mpg, front-wheel drive T5 model.

The notoriously picky Car and Driver’s socks weren’t exactly blown off by the 2011 S60 T6, but they did find the 300hp/325 lb-ft sedan to be comfortable, quick and pretty.

The S60 is at once refined, comfortable, and even a little sporty. Ultimately, it may not offer the graceful handling of the BMW 3-series, the serenity of a Lexus, or the elegant sheetmetal of an Audi, but the Volvo manages to rouse near greatness from a chorus of nicely entwined parts.

this summer you’ll be able to walk into a Volvo dealer and drive off with a 2012 S60 R-Design. And drive off you will. With 325 horsepower, 354 pound-feet of torque and AWD these S60s will move, both on the street, onto must-test-drive lists of the 25-to-40-something set, and — I’m sure — off dealer lots.

Somewhere a pale yellow 850R wagon may be cracking a smile, though, as Volvo’s upcoming 2012 S60 R-Design and XC60 R-Design mark the return of power upgrades to the Volvo fold. 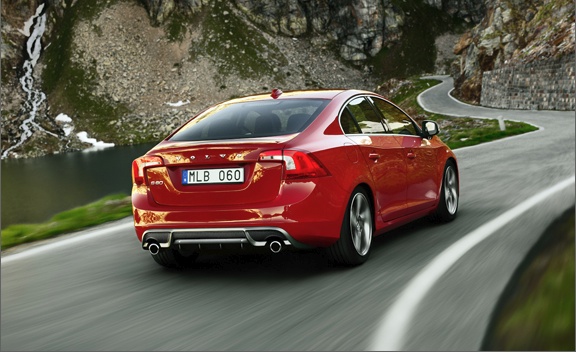 In addition to the improved power and torque numbers, there will be over a dozen other tweaks to the R-Design:

Setting it Apart from Competition

Like much of the competition, this Volvo will feature torque-vectoring to improve cornering, dynamic chassis setup, 18-inch wheels, and the like, but it also includes safety features the others simply don’t have, like the much-ballyhooed pedestrian detection. Plus it’s generally a clean, good-looking modern design, having been introduced only a year ago. We’ll see how it fares against proven stalwarts Acura TSX, Audi A4, Lexus ES350, Lincoln MKZ, Saab 9-3 and the higher end of the BMW 3-series.

With this new S60 Volvo is gunning for BMW’s 3-series. If they’re not, they should be. The BMW 3-series is the epitome of the middle class’s driver’s car. It’s got great weight distribution, nice sounds, good interiors, attractive exteriors and a solid pedigree.

In the case of this new S60 R-Design, the BMW competition is the higher end of the 3-series, because the lower end nets you merely the rear-wheel-drive 230 hp, 200 lb-ft, 6-sp Manual, 18/28 mpg sedan. BMW’s lower end would match up somewhat against Volvos’s S60 T5 with the venerable 5-cylinder aluminum-engined, front-wheel drive model good for 257hp and 258 lb-ft of torque, but even then the Volvo has a substantial power edge (but a torque-steer liability).

For a good comparision of the R-Design, you need to go up to a BMW 335 with AWD, meaning a 335i xDrive a — a $43,100 MSRP (2011 price, sorry, no 2012 data available at press time) sedan. That buys a 6-sp Manual, 19/26 mpg AWD car with an admittedly higher enthusiast quotient and the racing history to back it up. By contrast the new Volvo R-Design will reduce your net worth by $43,150. If your math serves you, you’ll see those numbers are within $50 of each other. Coincidence? 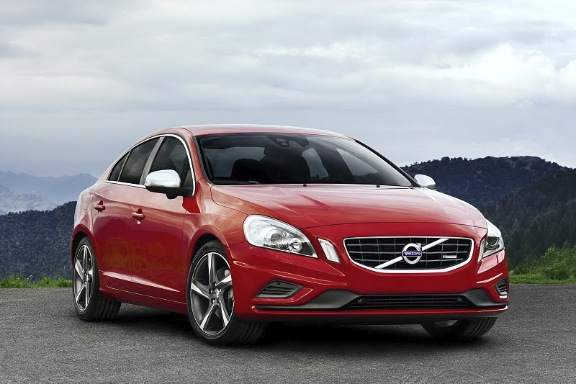 My Take on All This

It’s GREAT to see Volvo competing with the fast, good-looking mid-size sedans from Germany and Japan. It’s an exciting and competitive segment with healthy sales populated by cars with — for the most part — punchy inline 6-cylinder engines, good suspensions, luxe interiors and accurate steering. Not since the 850 R has Volvo had a serious entrant in this class. Plus, for too long enthusiasts and enthusiast magazines like Car and Driver have given short shrift to the fast Volvos, or any Volvos really. This 2012 S60 will change that, I promise you.

You buy the 2012 “R-Design” S60, you get the big numbers. The 2012 S60 T6 — now the midlevel selection — will offer Four-C dynamic suspension which includes three driver-selectable settings. It’s unclear if the T6 will continue to produce 300hp/325lbs-ft, and if there will be a T5 at all. I’ll let you know when I know.