Check out this Trunk Latch Fix

The latch on my trunk recently started failing to latch. It turned my trunk into the ‘honour system’, so obviously I wanted to get that working again pronto! 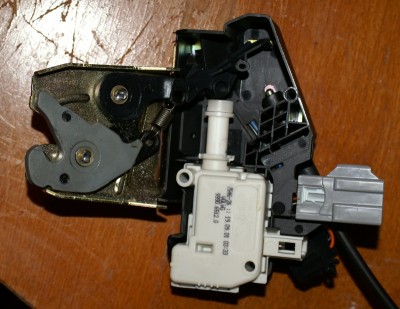 I managed to without needing to buy any new parts, here’s a few hints if you run into this same problem:Step 1: Remove interior trim on inside of trunk around latch. There is a bunch of snaps that just pull out with a little force.

Bonus! More About The Volvo S60

The Volvo S60 is a compact luxury sedan manufactured and marketed by Volvo since 2000 and is now in its third generation.

The first generation (2000–2009) was launched in autumn of 2000 in order to replace the S70 and was based on the P2 platform. It had a similar designed estate version called Volvo V70 and a sports version called S60 R. Styling cues were taken from the ECC concept car and the S80.

The second generation (2010–2018) was released in 2010 for the 2011 model year and has its own estate version, known as the Volvo V60. The third generation joined the Volvo line-up in 2018 for the 2019 model year. It is built on a shortened version of the Scalable Product Architecture platform, in America’s first Volvo factory in Ridgeville, South Carolina. The U.S. became the sole global source of the S60 sedan after production in China was phased out in early 2019.