A New Type of iPod Input

I decided to build my SC-816 CD Changer and iPod switching device. It has been installed in one of my 2000 V70XC’s. It works very well. Sounds no different than it did when I had the CD Changer only.

I am very pleased with it (considering that is a prototype) 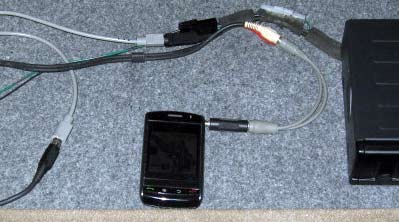 Bonus! More on The Volvo XC70

At its introduction, the second generation V70 XC received a major upgrade. It featured better ground clearance of 8.2 in (210 mm) thanks to a raised suspension, different bodywork with unpainted bumpers and fender extensions, and AWD as standard. An interior grab handle for the front passenger was installed only on this model. Early V70 XC featured special rear view mirrors, a feature that was discontinued after 2003.

Engine and gearbox choices were limited. Only the 2.5L low pressure turbo, or the D5 diesel engine with either a 5-speed manual or 5-speed automatic transmission were available. No diesel version was offered for the North American market.

For 2003 the model was renamed the XC70, in keeping with Volvo’s newly introduced XC90