Has Your Rear Wiper stopped working? 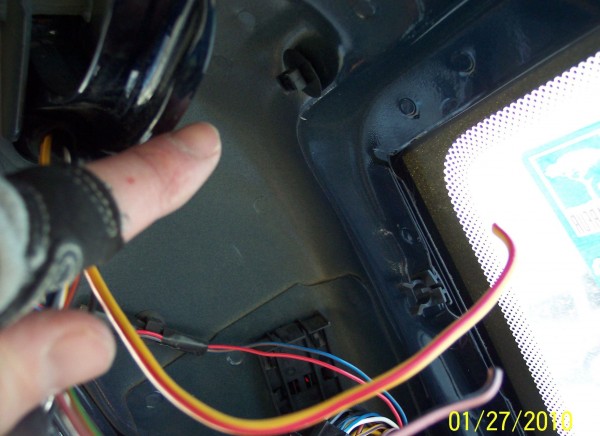 I discovered my rear wiper stopped working about 6 months ago, and I just haven’t had a lot of time to diagnose what the problem could be until recently. Last week, my rear lock actuator wouldn’t lock or unlock the tailgate either, and that’s when I had to get to the bottom of this issue. After taking the actuator apart, dismantling the wiper motor, and breaking my tailgate trim pieces, I’ve figured it out! IT”S THE WIRING!!!

repair them using electrical tape or do I need to solder?
Thanks Charlie

2001 V70 158,000 miles non turbo
My rear wiper didn’t work and the tailgate latch finally failed in lock mode. I followed the excellent photos and wiring suggestions but found the problem further up the harness where the covered loom had been pinched by the stop pin that limits how high the tail gate goes. Pulling on each wire at the connector plug located the cut ones so I carefully sliced open the cover about three inches at the plug end so I could pull the sleeve down enough to tape/solder the damaged wires.
The covering plastic interior piece couldn’t be removed until the tailgate was opened but I could flex it down just barely enough to get to the seven damaged wires and repair them so the tailgate could be opened. The color coding of the wires is different in my car, I had two cut yellow wires but of slightly different gauges so matching was possible. I secured the loom to the hinge in two places to prevent a pinching reoccurence.
A big Thank You to the forum for pointing me to within 6 inches of the problem.