(in this case rear door, drivers side) 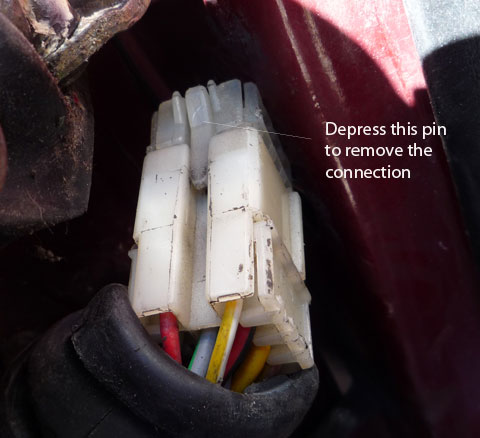 I was at the U-Pull yard today and good fortune was upon me as I found a 1996 850 sedan that was the same colour as mine and did not have the rust eating away at it, so I grabbed it and made off like man possessed.

There are, as always a couple of caveats, fistfuls of colourful language and the almost inevitable missing socket : ( The door is fairly heavy, it is manageable if you are a single operator, however I would recommend a two man job as the alignment is a little tricky and you do not want to damage the paint on either the door or the car.