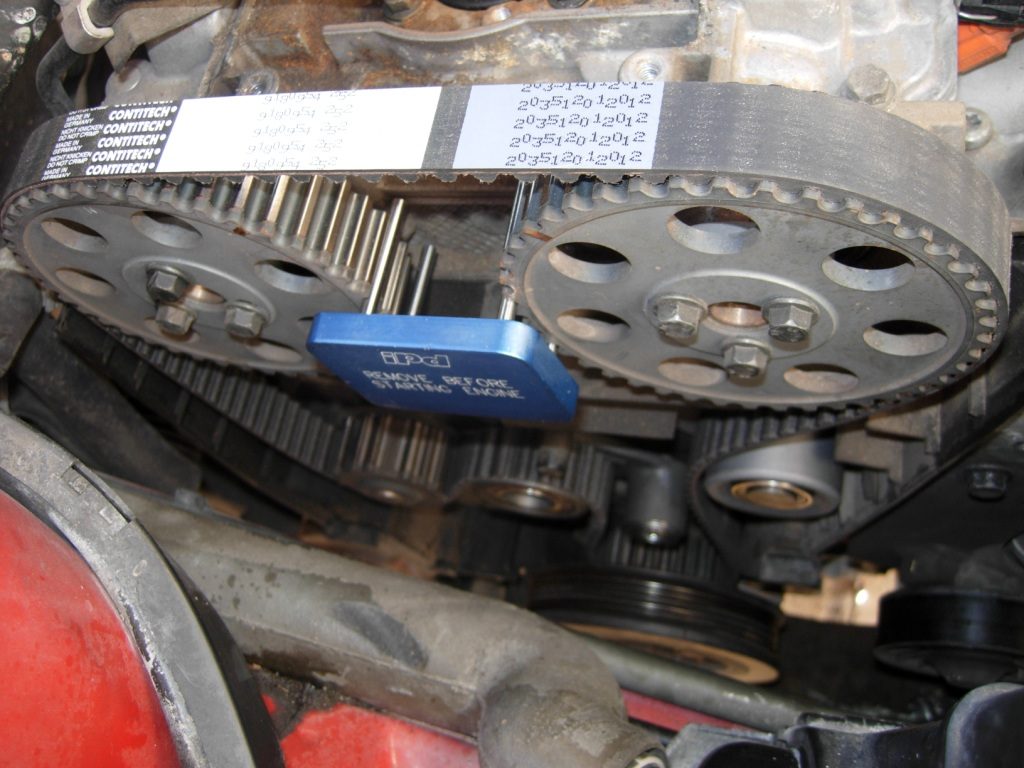 When and how to change you volvo’s timing belt

Replacing the timing belt on your Volvo can alleviate many fears and concerns, especially if you’re gearing up for an adventure or trip. If you just purchased a Volvo and you’re unsure when the timing belt was replaced we recommend erring on the side of caution and replacing.

It turns out that the front end squeal was indeed coming from the timing belt assembly. It was the idle pulley. The poor thing had seized solid and was spinning no more 🙁 Further, the tensor pulley was both noisy and spinning rough, but was at least working.

So, when all was said and done I replaced the timing belt, the idler pulley, and the tensor pulley.

The car now runs great. Better than it has in a while 😉

The actual task of changing the timing belt was easy enough. But if you need instructions a really good set can be found here: http://www.volvoclub.org.uk/faq/EngineSealsBeltsVent.html#960TimingBeltChange However, these are the things that popped out to me:

I changed the timing and serpentine belts on a ’95 965 today, and it’s time I contribute to MVS… So I washed my hands and took some pictures!

Changing the timing belt on B6304S — Wikipedia says they were used from 1990-98 on Volvo 960’s, S90’s, and V90’s — is pretty much the same as changing the timing belt on an 850 or an S70. Except… it’s MUCH easier! One, you don’t have to move the computer housing out of the way to get to the serpentine belt tensioner. Two, there isn’t car blocking your view of the timing belt tensioner and tensioner pulley. The tensioner pulley was a PITA last time I worked on my 850, and I had to lower the subframe to get good access to the torx bolt holding it to the engine. This was was my last resort because I knew if I had kept trying to get that bolt loose I would have stripped it and that would have been a big PITA! So, if you own a 960 remember how much harder it could be… 🙂