Born in 2000, the Volvo S60 front-drive “near-luxury” sedan marked a stylistic change for the automaker, acquiring the signature “shoulders” sheetmetal of its big brother the S80 as it moved Volvo towards a sportier shape. It replaced the popular Volvo S70 and quickly became one of Volvo’s top selling models. It fit between the S80 above, and the S40 below in Volvo’s car line.

Like many Volvo models, it gained AWD, performance-oriented submodels and other goodies during its life.

Volvo S60 is an executive and compact vehicle marketed and manufactured by Volvo in 2000, now in its third generation. The first generation was launched Autumn 2000. It was designed based on the P2 platform and as a replacement for the S70. The V70 has a similar design to the S60 and the S60 R which is the sports version.  Styling ideas came from the S80 and ECC concept car.

The Volvo S60 was designed to compete with the Mercedes Benz C-Class and BMW 3 series. Unlike its rivals, the S60 was produced for nine years. During this time, the car underwent multiple facelifts. For instance, the exterior was updated with new headlamps, bumpers with chrome linings, and body-colored side moldings.

The interior was also updated in the course of the nine years. Features updated included the center console, trim, and seats. In 2008, the S60 underwent a final facelift before the second generation was released. Some of the new features from 2000 to 2009 included reengineering the 2.3 engine to 2.4 liters resulting in a 10bhp increase. 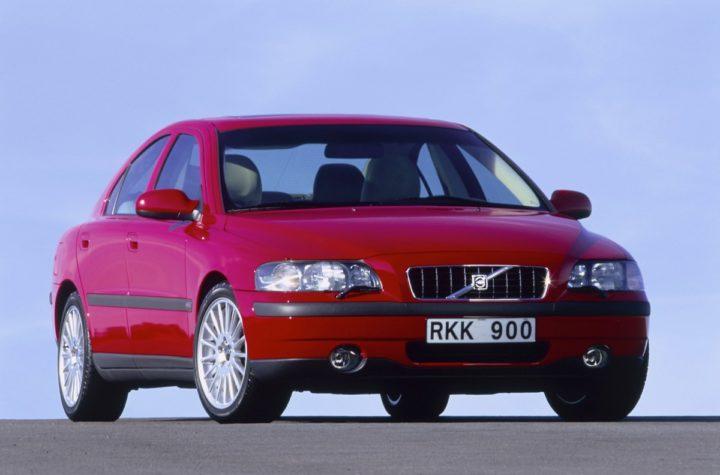 Volvo S60 police specification models were thanks to the manufacturer’s extensive work with police fleet management departments and users of the vehicles. This means the police specification cars will have a difference from the original model.  For starters, the suspension was up-rated to handle the demands of police work.

Nivomat self-leveling suspension was installed in the rear of the car. This was meant to correct the car’s geometry irrespective of the weight the car carried.  On early models, a stronger D5 unit was used to replace the clutch.  A 110A alternator, a larger specification battery, and a dedicated police fuse box were also fitted. These were meant to run the extra equipment police use.  Electrical noise suppression was also added to prevent any interference with the sensitive electronics used by police.

This is where it all comes together: Optimum safety, high performance, sensual design, and Volvo quality, all infused in one attitude-laden sport sedan. Starting at $26,550.

For the Environment
As the first Volvo of the new century, the S60 continues a rich history of environmental concern.
PremAir ® treated radiator
Recyclability
Low Emissions Vehicle (LEV)

The 2nd gen. S60 debuted in Spring 2010 as a model year 2011 car, and was marketed as “naughty”, a term that had some from the press and Volvo enthusiasts scratching their heads. See second generation S60 photos.

But the marketing was a clue the company and the hardware was moving in a new direction, one that would take it from a very safe shopping mall conveyance to BMW 3-series eater. Another clue was that it came with a turbocharged 3.0-liter inline-six, modern looks, AWD, and — almost on cue — the debut industrywide of an advanced safety feature: pedestrian detection.

A Major Power Update in only its Second Year

Discover the Volvo S60 ForumGet free help, advice and opinion. Registering is free, and we don’t ever spam you.

Sorry to get your pulse up there, because the rest of this page is going to seem — no pun intended ha — a bit pedestrian.

A shift from the boxy style that most identified with the Volvo brand throughout the 1980s and 1990s, the S60 was touted as a revolutionary design — taking heavy cues from the executive S80 — while not sacrificing the safety that is Volvo’s legacy. The 2001 (North America, other markets 2000) S60  replaced the S70 design that was born in 1993 as the very popular 850 series. The initial year S60 was front-drive only, but by 2002 AWD was available.

Every Gen 1. S60 is powered by Volvo’s durable, ubiquitous inline five-cylinder engine. The base sedan had a 2.4-liter engine rated at 168 horsepower. A turbocharged 197-hp version of that engine went into the 2.4T. The T5 got a turbocharged 2.3-liter cranking out 247 horsepower. An S60 with AWD called the 2.4T AWD joined the ranks in 2002.

The blistering S60 R debuted this model year, getting fired out of the Volvo cannon with Volvo’s brand new Four-C adaptive suspension, Xenon headlights (as an option), and all-wheel-drive. The best part about the R is that you could choose a manual 6-speed transmission if you wanted to row your own gears, as many opting for this model did. The S60 R was sold in model years ’04 through ’07.

Volvo an auto manufacturing corporation based in Gothenburg, Sweden. It was created in 1915 as a supplement to a ball bearings producing company. It was declared officially as an auto manufacturer on April 14, 1927. Their first car in the market was the Volvo 4 series.

The company was founded by two partners: Assar Gabrielsson as the sales manager and Gustav Larson as an engineer. They first made a verbal agreement and later created a written contract. Larson was to do engineering work by creating an investment plan for the auto manufacturing plant. Gabrielsson would provide capital from sales commissions from the ball bearings company and take all the economic risk.

Catch any factual errors on this page? Please contact me.

Looking for a replacement PLASTIC A pillar cover for my 2006 Volvo S60.