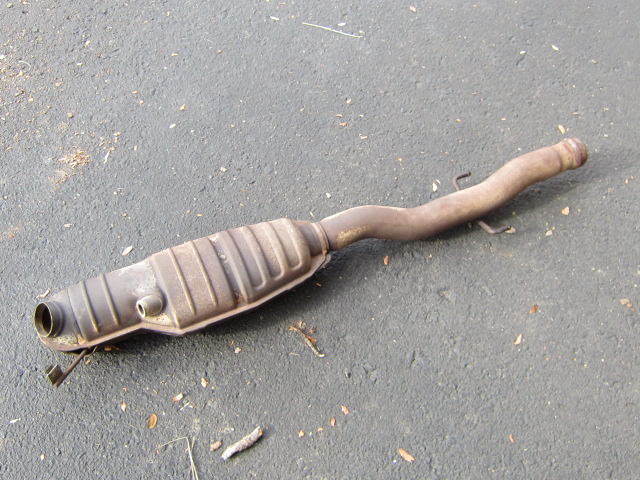 How do you know if your Volvo catalytic converter is on its way out?

Modern catalytic converters are much less restrictive than in days past, so much so that the antiquated method of “gutting” the converters of their internal structures has been deemed almost pointless on newer cars, as the performance gains are minimal, if any. Aftermarket high-flow Volvo catalytic converters are therefore a much better (and more responsible) choice for those seeking to upgrade their exhaust systems or replace a faulty converter.

If your Volvo engine seems to be losing power or your temperature gauge reads a little high, one possible culprit could be that a rich condition is feeding excessive unburned fuel into the catalytic converter, which can overheat it as well as damage it. It is common to see your Volvo catalytic converter glowing orange/red when this condition is present. If you are replacing your Volvo catalytic converter due to any of the above circumstances, it is a good idea to also replace your oxygen sensor, since it plays a vital role in the air/fuel mixture ratio and may have also been damaged due to the same adverse conditions. Finally, physical damage can sometimes occur if a large rock or other object hits Volvo catalytic converter, resulting in a damaged ceramic core. This can often be heard, as smaller ceramic pieces will bounce around inside the converter housing. As you can imagine, this is often accompanied by a loss of power due to exhaust blockage.

As the annual inspection approaches, I need to replace my catalytic converter. to get rid of CEL — yes, the code points to cat. Any DIY advice is greatly appreciated. 😉

I can speak from experience both being in the auto biz for over thirty two years and working my last job for 8 years for a catalytic convertor manufacture actually the originator of the catalytic converter aka Engelstupid
that in most cases your always better off using OEM emissions parts rather then after market. How ever I know first hand how cost prohibitive things like factory cats can be that is why I put after market cats on my Chevy truck.
They will function perfectly fine however tow factors are almost always preveliant with after market is poor fitment and shorter part life. If your like me and drive your vehicles in to the ground only to make a stop at the salvage yard to buy more parts to keep them running then if your going to replace the factory cat with a cheaper aftermarket one plan on replacing it some time down the road. What was the milage on your cat when you had to change it? I will bet that you won’t get even close to that on an aftermarket unit. Unfortuently some times we can’t afford the luxury of OEM parts so thats usually what influances my decision.