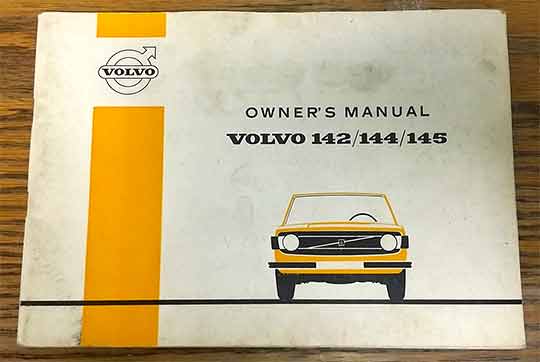 Volvo Salvage has a handful of rare Volvo collector’s items for sale, including owners manuals for 142, 144, 145, 240, 850, S60 and more. Also, available are a Volvo Coloring Book, Volvo Road and Track 57-74 Collector’s Magazine, a Volvo ABS Training VHS Tape, and various other brochures, catalogs, and the like.

If you’re interested in one, please email Mike and you can work out a price. If someone want’s to purchase the entire lot, they’re  open to that as well.