Have you run out of ideas for a successful volvo glove box fix? If you’re willing to put a small hole in the glove box instead of cutting the loop, this is how to do it…

The measurements: 225mm from the right hand side of the glovebox, and 10-11mm from the top edge of where the face of the glove box starts. drill a small hole (1/8″), and pull on the handle while pushing in and up with the coat hanger. it might take a few tries to hit the release, but it doesn’t take much to pop it loose. 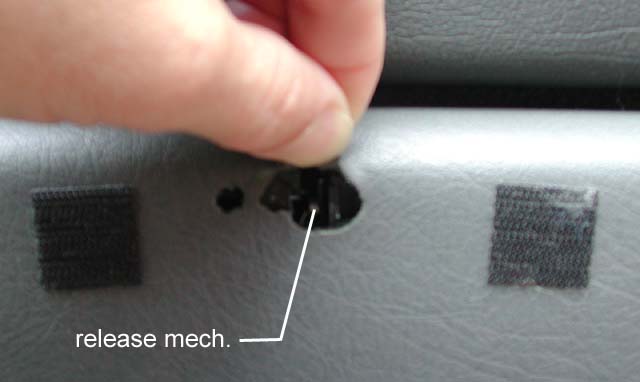 Once you are able to get the glove box open and remove the screws that hold the face to the backplate, you’ll see the inner workings as shown above. the mechanism itself contains a lot of small parts, but the piece that’s probably broken is the release. there is a small pin that protrudes from the right side of the actuator, and most likely it has been broken off. Once you are disassemble everything and are able to see where it’s been snapped off, that’s the point at which you need to drill a hole to insert the screw. i don’t know the size of the screw, but it’s very small, possibly 3 /32″ by about 3/4″. once the hole is drilled, you may have to wiggle the bit to get the screw to start threading it in. i did not tap it, as the actuator is made of a pretty soft metal. 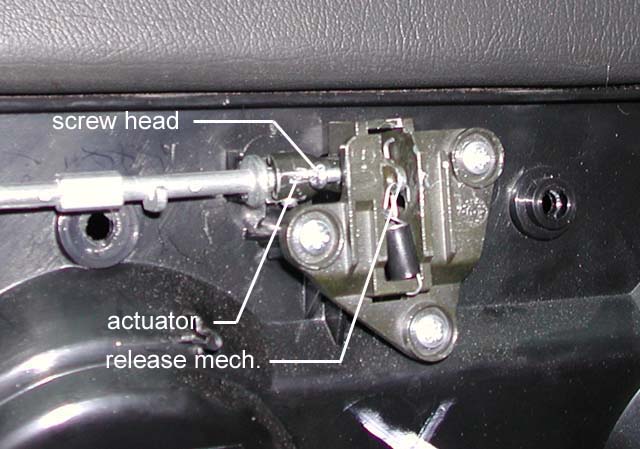 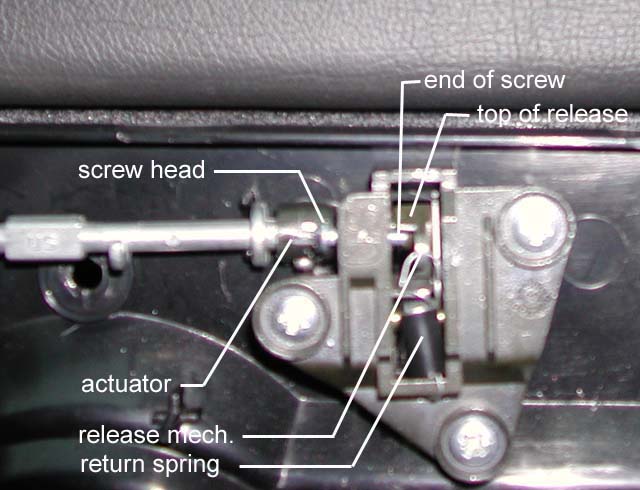 Step 5 The screw must protrude far enough to catch the release, as you can see in this pic

All of the pieces are very small, and careful notation of how everything comes apart is a necessity. Comment on this Stuck Glove Box Fix procedure

I followed these instructions on my 850CD 1996 and it worked! Thanks for the accurate measurements. On dismantling he glove box door I found the broken pin from the actuator. I can see how to effect a repair using the drill through and screw method. This can wait for now but the door must be taped up to prevent the courtesy light running down the battery. The push button is also taped in the off position.
Many thanks to you all.