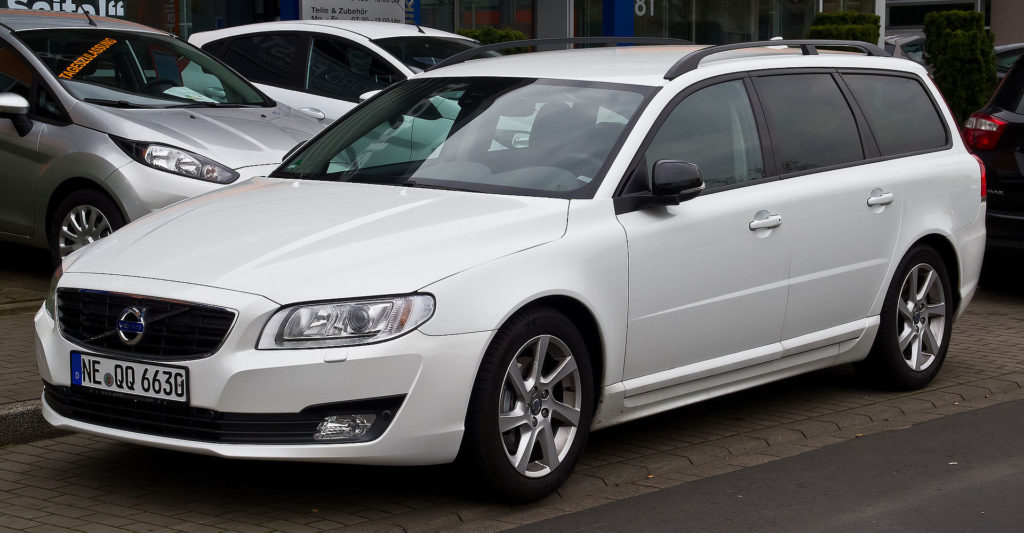 Looking at the Volvo V70.

The Volvo V70 is an executive car manufactured and marketed by Volvo Cars from 1996 to 2016 across three generations. The name Volvo V70 combines the letter V, standing for versatility, and 70, denoting relative platform size (e.g., a V70 is a larger car than a V40, but smaller than a V90).

The first generation (1996–2000) debuted in November 1996 as the estate variant of the Volvo S70. Both cars were essentially redesigned Volvo 850s which had itself been available in saloon and estate configurations. The V70 was available as a front and all-wheel drive estate, the latter marketed as the V70 AWD. In 1997, a special AWD version called Volvo V70 Cross Country, badged as V70 XC, was presented and went on sale for model year 1998.

The second generation (2000–2007) shared styling by Peter Horbury as well as major mechanical commonality with the Volvo S60 saloon and was based on the P2 platform. With a 4 cm increase in width and height, a 5 cm longer wheelbase, a slightly shorter overall length than its predecessor, and a slightly increased interior cargo volume it went on sale in early 2000. As with its predecessor, the second generation was also offered as an all-wheel drive variant which was marketed as the Volvo V70 AWD and as a special version called Volvo V70 XC, which for model year 2003 was renamed to XC70 .

The third generation (2007–2016) was based on the Volvo P3 platform, sharing general styling and much of the interior in front of the b-pillar with the second generation Volvo S80. It has been marketed since 2007 as the V70 and the XC70, a crossover model. Production of the V70 ended on the 25th of April 2016, with the XC70 model continuing until May 2016. The V90 II will replace the third generation when it comes to market in late 2016