Isn’t a high-end car such as an 850R supposed to have clearcoat over the paint? Wasn’t this a standard practice on expensive cars in the 1990s? The answer is “Apparently Not”. 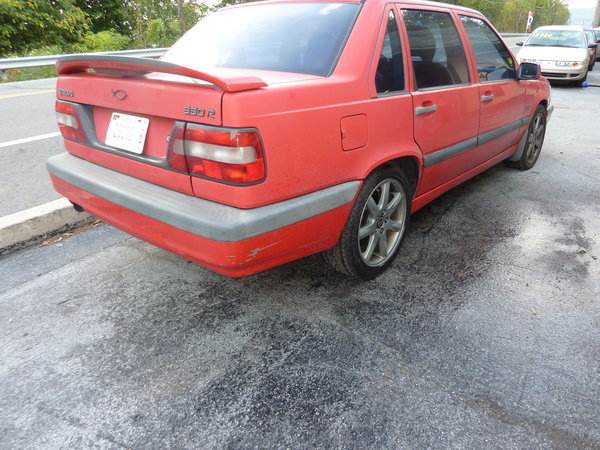 850R Sedan with no clearcoat

Here’s a fact for you: Volvo made a high-performance luxury sedan in the 1990s with the same horsepower as the BMW M3. That’s hard to imagine today, as Volvo would have to be making a 450-hp version of the S60, but back in the 1990s, they did it.

Admittedly, this was more a function of the M3’s unusually low hp rating at the time (240) than some ultra-fast Volvo. But I still like thinking about a mid-1990s Volvo that was fast, fun, exciting and largely unknown.

The Volvo I’m talking about here is the 850R, which was sold from 1995 to 1997. Actually, it was sold from 1996 to 1997, because Volvo called it the “T5R” in 1995. Generally speaking, it was the same vehicle with the same powertrain and only some cosmetic differences. And in my opinion, it was very cool.