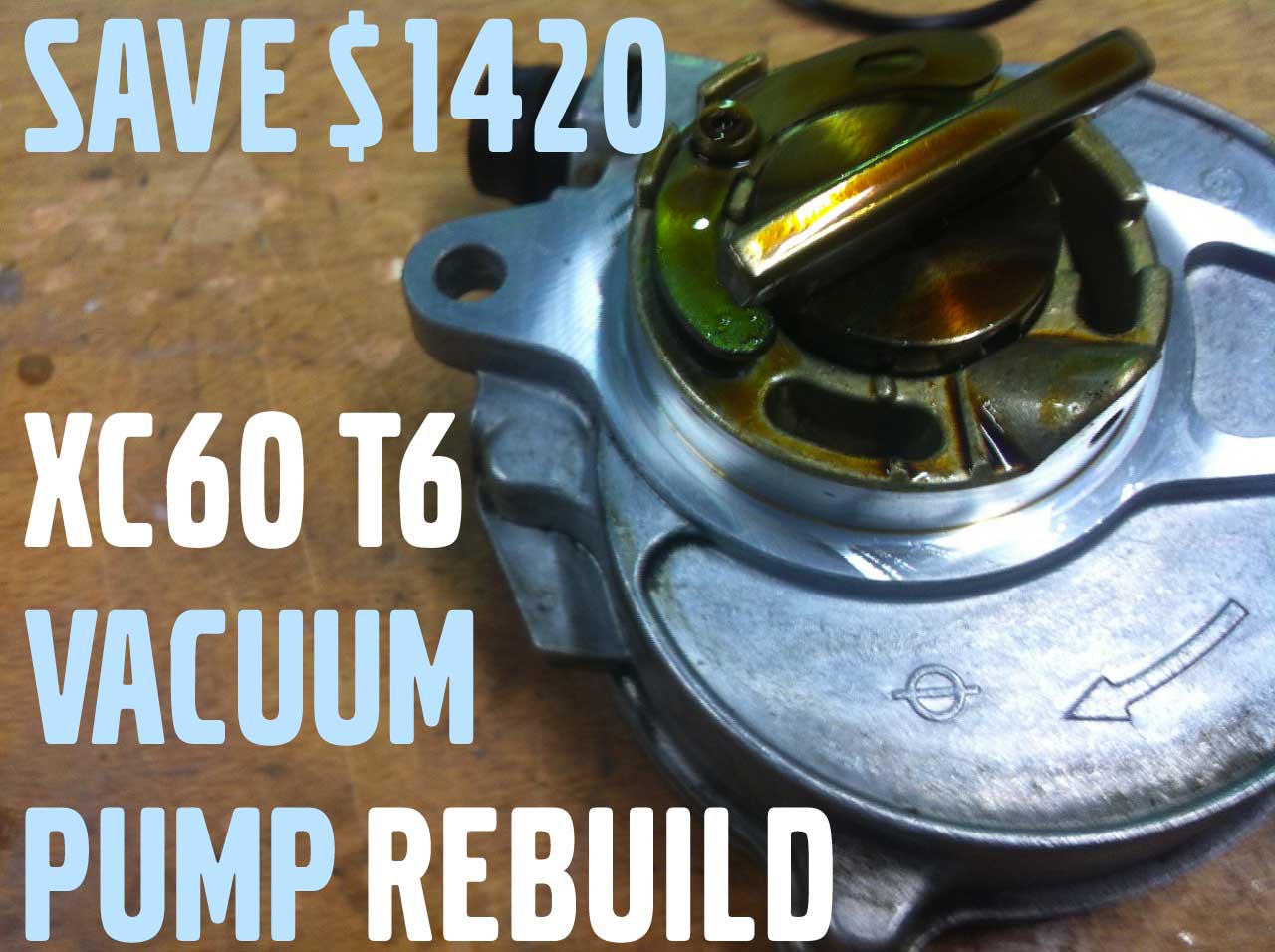 MVS Contributor clinto details how to do a Vacuum Pump Rebuild on a XC60 T6, using a vacuum pump rebuild kit.

Vacuum pump on my wife’s 2010 xc60 T6 was leaking. It had done about 66,000kms. My wife got a quote from Volvo, which was $1500 for a complete pump (they wouldn’t do a rebuild kit even though Volvo sell one) or $650 for a rebuild by an independent Swedish shop. Or $80 for a rebuild kit from the Internet. So obviously I started searching for how to’s.

Total time was about 3.5hrs. But in that time I did an oil change, installed new spark plugs, installed new wipers and treated some rust on the bolts in my battery box. So probably I could do it in 90mins next time…

You don’t really need a lot of tools. I used the following:

I didn’t remove that much. There is a series of pictures for an S60 where the mechanic removed the entire intake pipe over the top of the motor. I didn’t go that far. Basically my removal steps were as follows:

To reinstall it you need to line it up and wiggle it to get it back in.

Then it’s just the reverse of the removal.