Need some XC90 Advice on Purchase 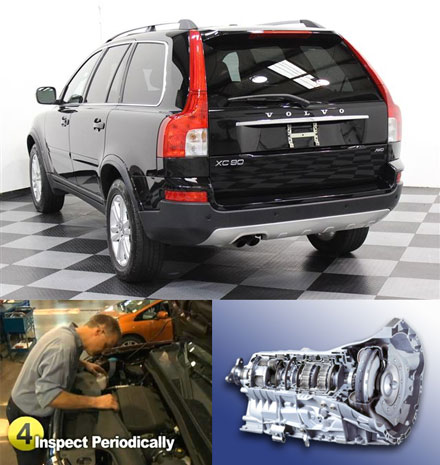 The P80 forum is my hangout, but I’m posting here seeking guidance from those experienced with these SUVs because my wife and I are starting to peruse them as we consider something newer.

This one has very low miles, but accordingly is a bit pricy for an ’04. It is 2.5T but doesn’t say if it is AWD–something we neither want or need in our climate, so FWD is the first criteria. We plan to look at it tomorrow morning just to see if the entrance/egress is good for our senior selves.

As a side note, I still do the upkeep and repair on our 850 and S70–both of which we’ve owned for 16 years, so the 2.4 is very familiar to me. I do realize the newer 2.5T is a more complicated engine than our NAs.

’04 XC90 Advice regarding purchase of this vehicle

Vehicle Overview
Long known for safe, solid sedans and wagons, Volvo joined the sport utility vehicle fray in 2003 with its car-based XC90. The Swedish automaker promised the ride and handling of a passenger car. Volvo also claimed that the XC90 would be the safest SUV on the market. It features a Roll Stability Control System. In a collision, the front suspension subframe is compatible with a regular car.

The premium midsize XC90?s chassis is based on the one used for Volvo?s S60 and S80 sedans. Available all-wheel drive permits operation in a variety of terrains, but the XC90 is not intended for serious offroad driving. When the front wheels begin to slip, up to 65 percent of engine power is diverted to the rear wheels.

For 2004, new 17-inch Aquarius alloy wheels are used, the flip-style key has an integrated remote control, and a leather gearshift knob has been added. Volvo offers 2.5T and T6 editions.

Interior
Seating either five or seven people, the XC90 has a 40/20/40-split second-row bench. With the seven-passenger configuration, a child booster seat in the second row can slide forward, nearly between the front seats. Two separate seats make up the available third row. All seats except the driver?s may fold down.

The gauges and controls are angled slightly toward the driver. Options include a rear-seat DVD entertainment system and a Road and Traffic Information (RTI) navigation system with a pop-up screen.

Under the Hood
A light-pressure turbocharged 2.5-liter inline-five-cylinder engine delivers 208 horsepower to a five-speed-automatic transmission. Volvo?s bi-turbo 2.9-liter inline-six-cylinder engine in the T6 model sends 268 hp to a four-speed automatic. All-wheel drive is standard on the T6, and the 2.5T model may have front-wheel drive.

Driving Impressions
The gentle but capable XC90 is solid and refined and handles more like a taut European sedan. It reacts masterfully on twisting roads and functions with precise control.

Expect a smooth and solid ride as the base suspension irons out pavement imperfections. The T6?s suspension is significantly stiffer and adds body motion on undulating surfaces.

The XC90?s acceleration is smooth and easy. The base engine performs with reasonable vigor, but the T6?s twin-turbo six-cylinder is noticeably stronger. Automatic-transmission shifts are smooth in both, but the T6?s four-speed changes gears more crisply. Other than a light growl on acceleration, the XC90 is quiet.

The seats are firm but not at all uncomfortable. The second-row seats have good legroom and foot space, but the center position is painful and the third row is for children.