This week I thought we’d take a fast forward into our Non turbo build that will be happening in the next few weeks. So many times non turbo owners jump on the forums and ask what they can do to improve performance and power and are met with the old stand by answer, “Sell it and buy a turbo”. While this advice may actually be well intentioned, and possibly the best option for a high powered build, there are still ways to improve the performance of these non turbo models. Our scheduled build is intended to be very approachable to the average owner with off the shelf parts and tuning of our 1995 Volvo 850. So let’s start by outlining the build and talk about what we can expect. 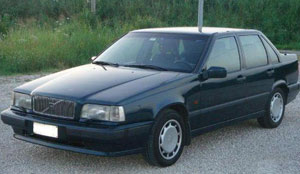 First things first, not all non turbos are equal. With regard to the 850 chassis primarily there are two fuel systems used in the non turbo models. From 1993-1994 the LH 3.2 Fuel system was used and can be easily identified by the use of two ECU’s to control the engine, one for fueling and one for ignition. Later 1995 and up models used only one ECU as Volvo switched to Motronic engine management version 4.3. The earlier systems are harder to make gains with since the rudimentary LH system is not exactly brimming with technology that can be easily modified for power gains. So for the rest of this article we’ll focus on 1995 and later cars including the Denso fuel systems that were used in non turbo cars starting in 1999. 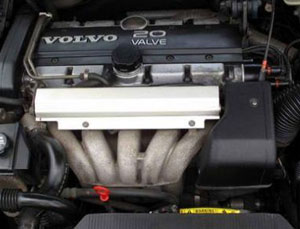 Tuning I’ve started tuning the car already just to get a sense of how hard we can push the timing advance in stock form by simply taking advantage of the improved gasoline quality that is available day by day at your local gas pump. The added ethanol and other additives allow us to add as much as 6 degrees timing advance in spots on the ignition map. The fuel and ignition calibrations from a car that is nearly 20 years old are unsurprisingly out dated with respect to today’s fuel content and quality. This translates to a much peppier car coming of the line and down the midrange. With some added enrichment I think we can provide a very notable increase in power. Granted it won’t be quite as considerable as the 30-35 bhp we can so easily attain with tuning turbo models but should help scoot us down the quarter mile drag. 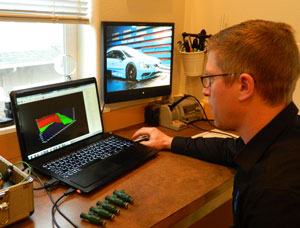 Air intake The plan for the air intake is to swap out the original long runner 850 manifold for a shorter runner ME7 manifold from a later 1999+ car out fitted with a 70mm throttle body and K&N Shrouded intake. This along with some cam timing and tuning should bring the power band further up the rev range where it naturally tends to fall off. This is in hope to spread the power over a broader section of the RPM range which will help get us down the track more quickly. Shorter runners are more desirable for taking advantage of intake wave pulses at higher RPM’s which can promote dynamic cylinder filling that exceeds 100%. Sort of like turbocharging but without the turbo. 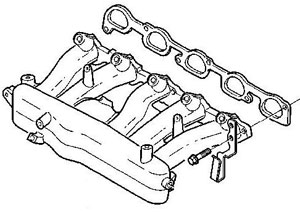 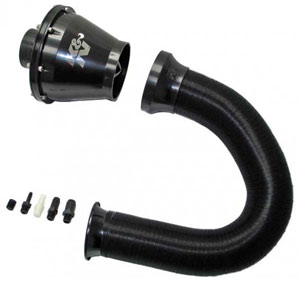 Exhaust For this one we’re going simple, high flow OBX header and a cat back system from the turbo cars as the piping is larger diameter and freer flowing. 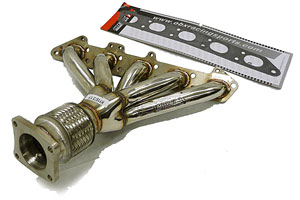 Ignition The folks at Eurosporttuning.com were kind enough to donate an MSD coil kit for our build. Thanks to Frank for offering to be a part of this! We’re running Bosch Motorsports plugs even though these are overkill for this setup, but they needed replaced and we had them on hand J The remainder of our Stage 0 maintenance has all been completed including cap/rotor and wires. 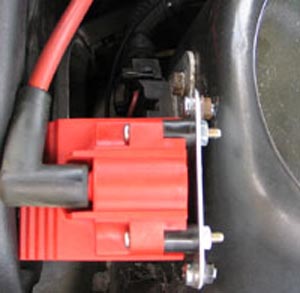 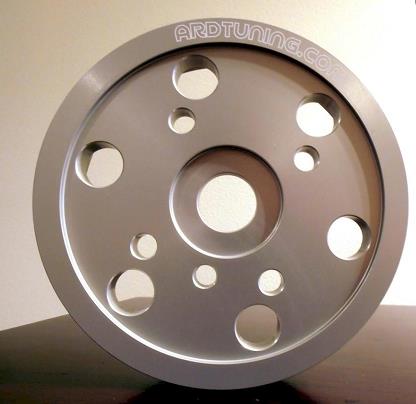 We’ll leave the spare and jack in the boot since that’s an everyday item we all would normally travel with. 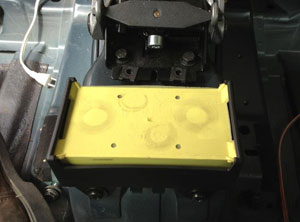 We’ve got all our parts in hand and we’ll be heading to the track first though to get some baseline data on the car in stock form and also stock plus a tune. Then the following week it’s install time and all the go fast parts will be installed and tuned for, then we’re back to the track to see if we can make this little green monster go!

Good to see that not everything is about turbo tuning, looking forward to the results.

Omg this is so awesome. Would this kinda tuning ever be made available to the public, without sacrificing engine reliability? I'd love to get a bit more power out of my S70. If so, how? I've never tuned a car before so it'd be dangerous for me to do it without knowing what I'm doing.
Last edited by geokilla on Sun Mar 10, 2013 7:27 pm, edited 1 time in total.
2000 Volvo S70 SE; First Owner; 321km; Retired

when you say 70 mm throttle body? what do you mean.
I have replaced my throttle plate with that of an older 960. Advanced the timing 3 degrees and advanced the exhaust 2.
I put the highest grade octane gas in my car with some octane booster (108+)
This gave me plenty of snap in the lower end of the speedometer.
Top

Looking forward to the results.
Top

so are you saying that even with the mass airflow sensor and the electronic throttle module that I can update the air intake system without hurting the car? 2000 s70
Top

The 2000 N/A car running the Denso engine management system is a very different engine with Electronic Throttle, seperate ignition coils per cylinder and variable valve timing on inlet valves, I have the same setup and would be intreaged to see what can be done to that. One option with the 140BHP version to change the ECU software to put it up to 170BHP some UK based companies are capable of carrying this out at a price but the extra power only kicks in above 4000RPM - Mike
Top

As for the throttle body, we're using a slightly larger than stock unit and mounting it directly under the ME7 turbo inlet manifold so we can reduce piping length and take advantage of the ram air effect of our intake.

We'll have plenty of pics and vids coming up as we move through the project so those will help show what we''re up to with this project. We're at the track this friday for some testing in stock form and then stock with a tune only. The following week at the track with full mods done and we'll see how that goes. I'm not expecting anything huge but trimming some time of the quarter mile would be nice... I'm sure we'll get some good data over the next 2 weeks

ARD-Lucky wrote:As for the throttle body, we're using a slightly larger than stock unit and mounting it directly under the ME7 turbo inlet manifold so we can reduce piping length and take advantage of the ram air effect of our intake.

We'll have plenty of pics and vids coming up as we move through the project so those will help show what we''re up to with this project. We're at the track this friday for some testing in stock form and then stock with a tune only. The following week at the track with full mods done and we'll see how that goes. I'm not expecting anything huge but trimming some time of the quarter mile would be nice... I'm sure we'll get some good data over the next 2 weeks

Eager to hear the results and how to get this done, if possible, on my own S70. 168HP is not enough for such a heavy car! The 5 speed auto is a great transmission though, despite it being 13 years old.
2000 Volvo S70 SE; First Owner; 321km; Retired