[The following text and photos were sent to me by MVS forum member gchelidze. gchelidze, sorry for the long delay in getting this up onto the forum, and thank you for the tutorial.

Note: this is a little more involved than "normal" -- there is no "eject" lever on this modules, so gchelidze takes the case/box off to get to them. If your Volvo's TCM or ECM has a lever, once you take the top of the box off, pull the lever and your TCM or ECM will come out. No need to remove the whole box as shown in these photos. -- Matt]

WARNING: I have done this procedure twice - once with battery lines connected and once with negative line disconnted. I didn't see any difference. However I would disconnect it if I have to do it again just in case. Do it with your own risk! If you decide to disconnect a negative line from a battery, make sure you have a your audio system unlock code. You will be prompted for it after you connect a battery back again.

1. Tools you'll need: hex socket M10, screwdriver, thin metal stick (pic 00.jpg)
2. Location: TCM is located in a black rectangular box at front right side with yellow sticker on it (pic 01.jpg)
3. Unplug two tubes from the front (pic 02.jpg)
4. A cover is locked from the left and right sides with two locks. Unlock them with a screwdriver and take off the cover (pic 04.jpg)
5. Inside a black box you can see a ECM and TCM from left to right (pic 05.jpg)
6. Locate a screw in the front and unscrew it (pic 03.jpg, pic 06.jpg)
7. A black box is locked from the front, right and back sides using three locks. Unlock them with a screwdriver and slide it up (pic 07.jpg)
8. Now you have a better view of both control modules (pic 09.jpg)
9. Look behind the control modules and you will see four pink plastic locks, two for each control module (pic 10.jpg)
10. Now you have to unlock the TCM. This is the most trickiest part. Before you start, please take a look at pic 12.jpg to get a better idea about locks. Press pink plastic locks with a thin metal stick from back to front in turn. Don't press them too firmly or you will break something. Do it step by step (left, right, left, right, so on). You will need 4-5 tries before it's fully unlocked. When you are done, you can pull the TCM out from it's socket (pic 11.jpg)
11. Next two pictures clarify why you need to press pink plastic locks in turn (pic 13, pic 14)
12. That's it. If you reached this point, you have done the job.

I'd like to mention a couple of things to easily put everything back:

13. If you look under the white socket you'll notice two pink plastic locks which you already pressed from back to front. You have to press them in opposite direction to lock the TCM (pic 17.jpg)
14. After you have locked your TCM, you need to place a black box back. Pay attention to slides (pic 19.jpg, pic 20.jpg)
15. Make sure that an air flow tube is sitting correctly at the back side (pic 21.jpg)
16. lock all three locks on a black box, put a screw back (pic 22.jpg)
17. Final steps: put a cover back and lock it, plug plastic tubes and you are done.
18. Start your engine and make sure you do not have a check engine light nor flashing arrow on your dashboard (pic 23.jpg) 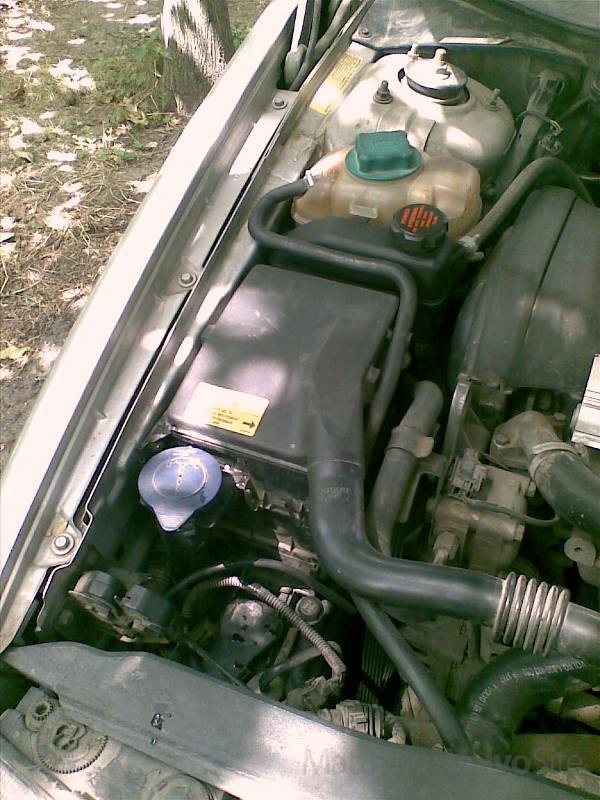 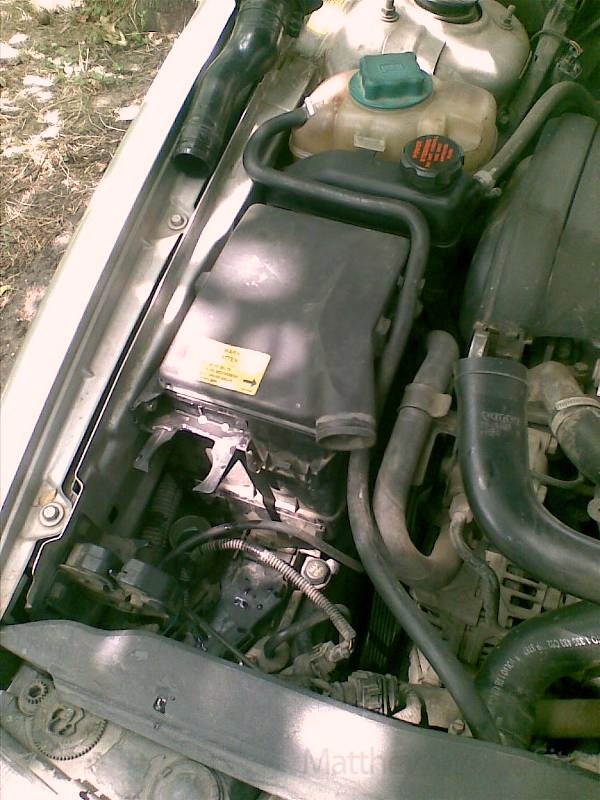 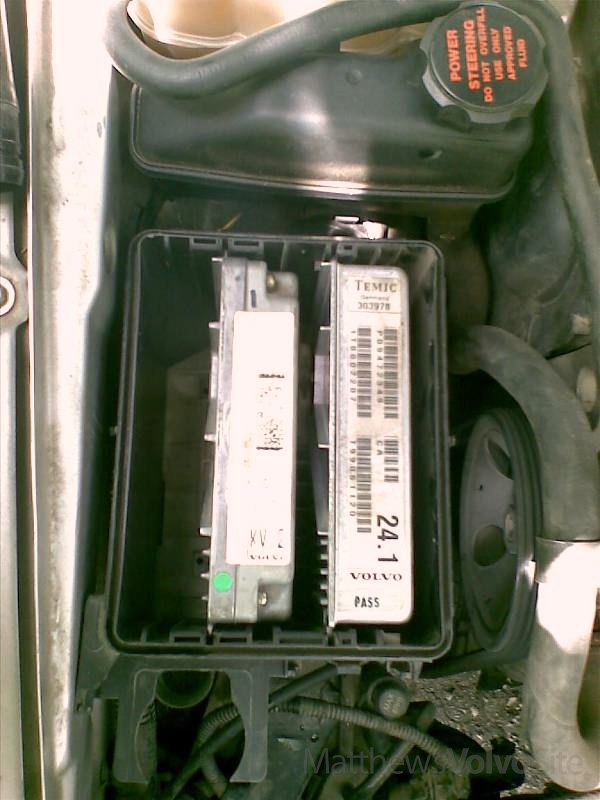 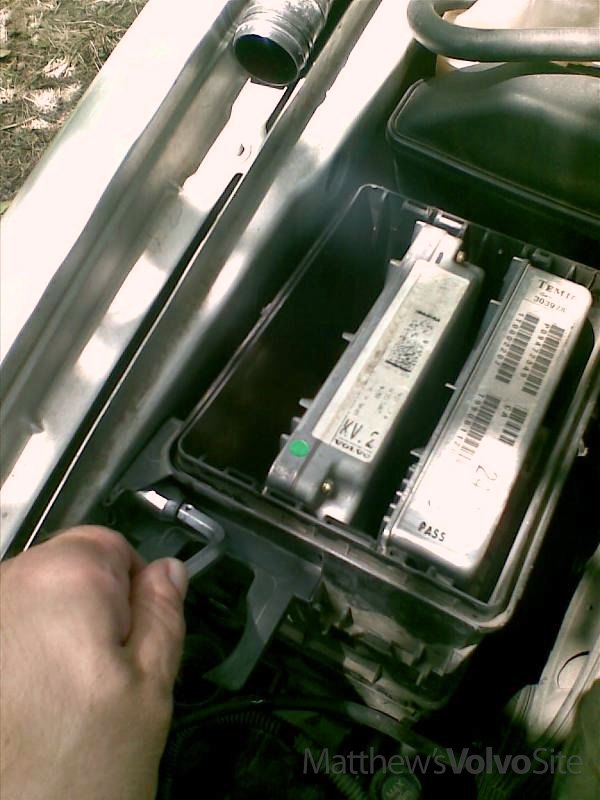 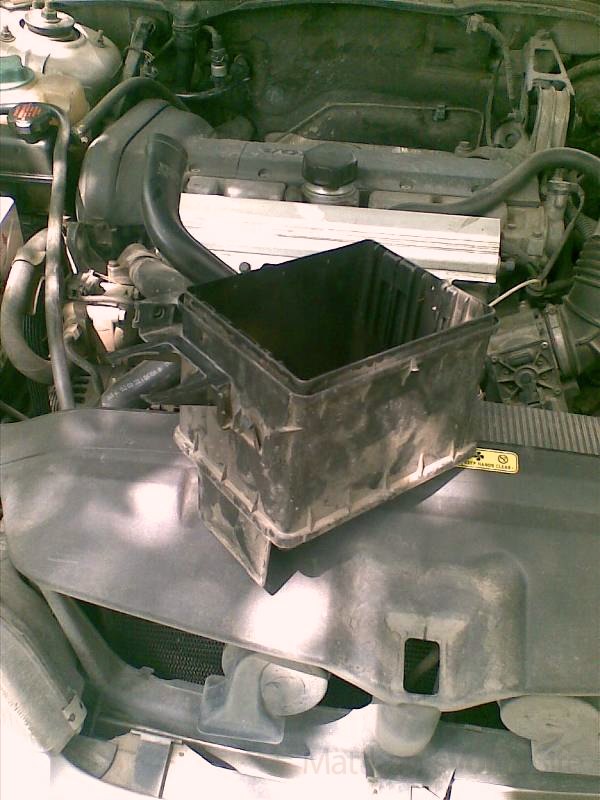 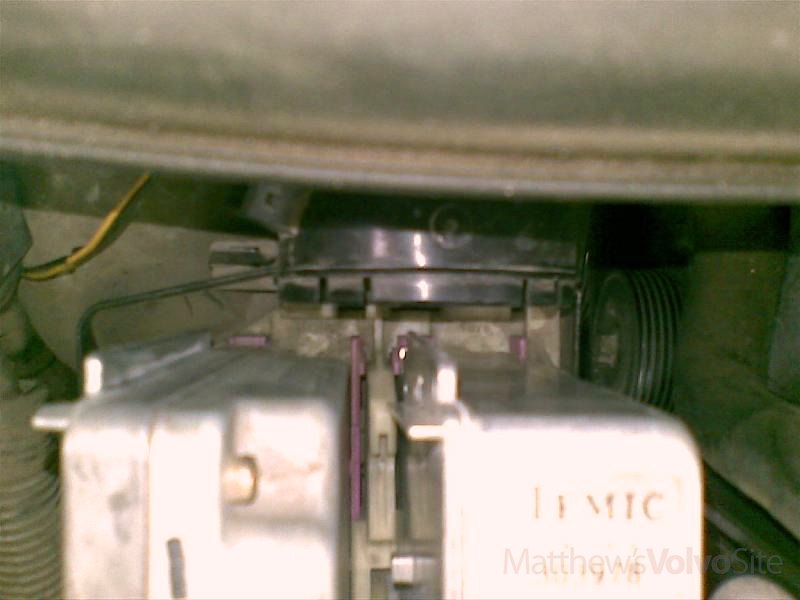 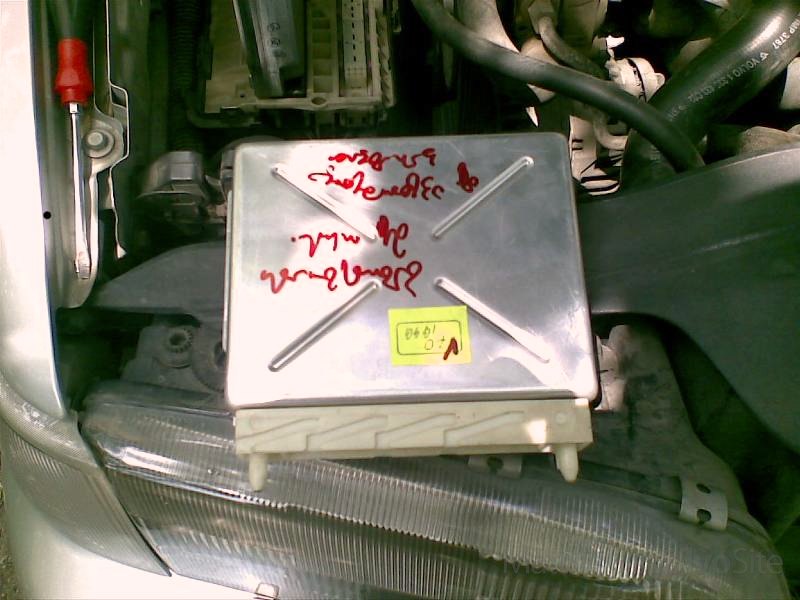 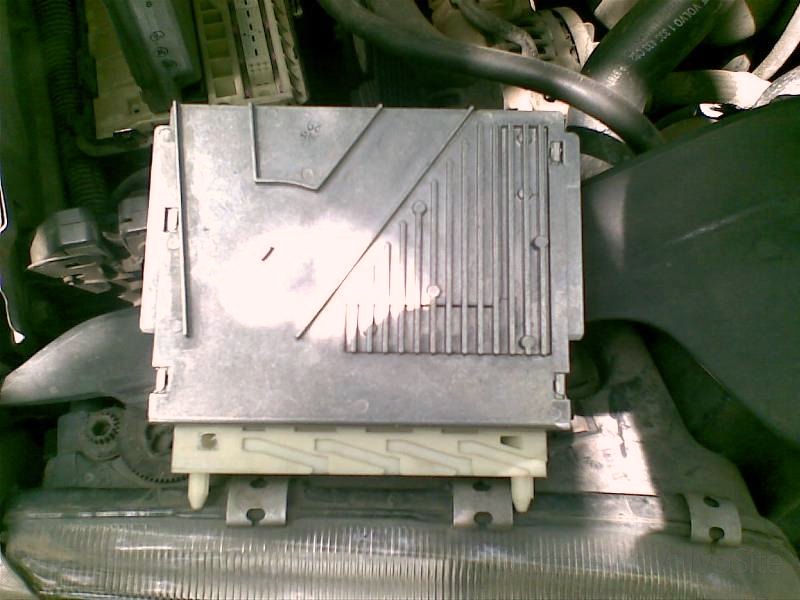 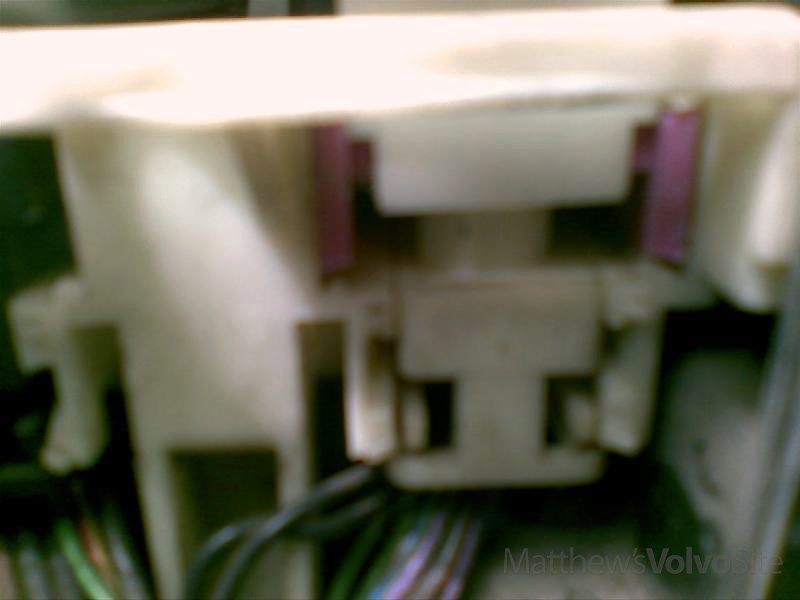 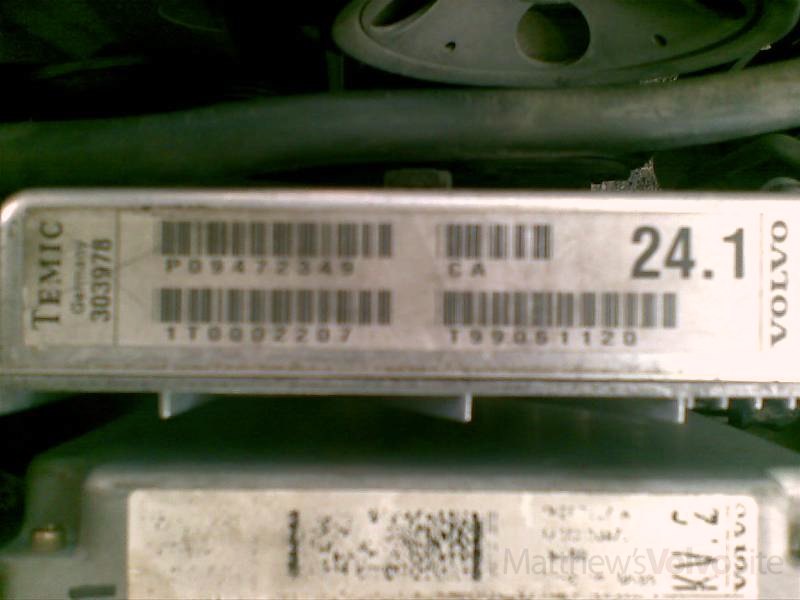 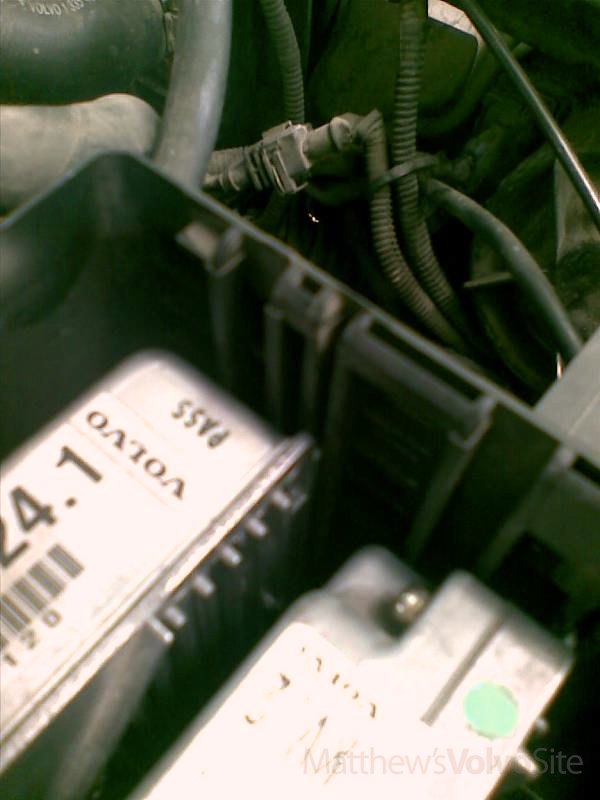 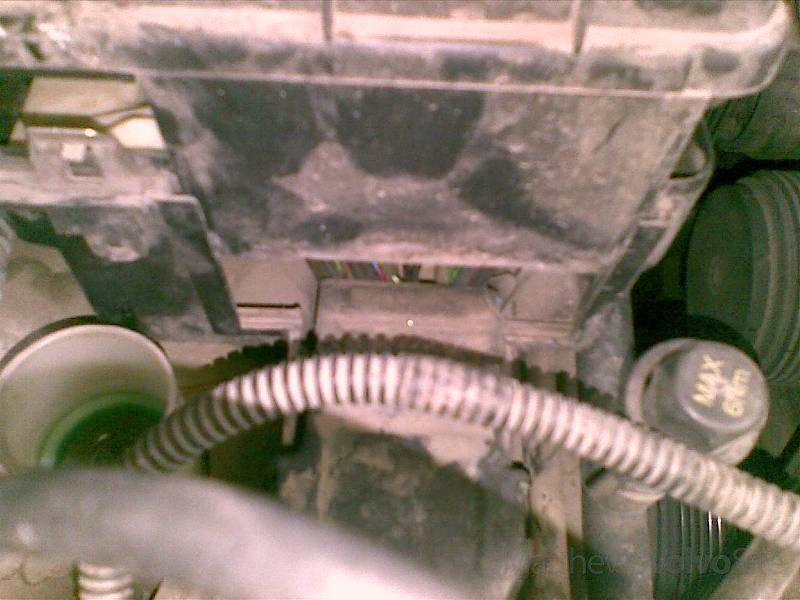 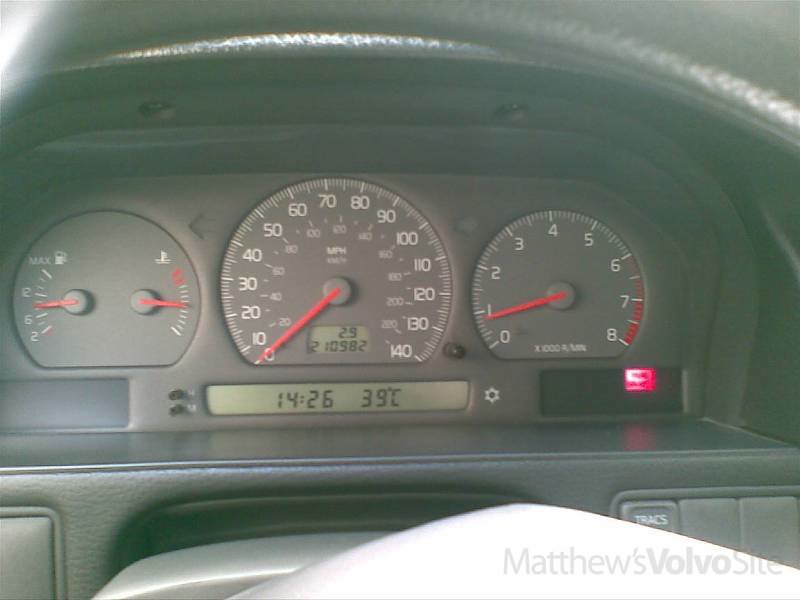 These users thanked the author matthew1 for the post (total 2):
drpantzo • Dougger

Great photos and instructions. BUT....as a long time Volvo owner (83 240 GL and 94 850-original owner) and "newbie" at doing my own repairs on the 850, I find it very frustrating when posters of car repair information on the internet use initials and don't ever identify what the initials stand for. For instance it took me quite a while to figure out what NA stood for (normal aspiration/non turbo model which is what I have).

On this page, I am unable to determine what ECM and TCM stand for. I was looking for information on cleaning/replacing my ECT, Engine Coolant Temp Sensor. Is the ECM related to that?

If you run across a term that should be in there and isn't, please contact me and I'll add it.
Help keep MVS on the web -> click sponsors' links here on MVS when you buy from them.
Also -> Amazon link. Click that when you go to buy something on Amazon and MVS gets a kickback.

Silly question, what is the name of hose from fan shroud to the TCM? I managed to break it when installing my fan. Is it for cooling the TCM using natural air flow? The intake opening of this hose is before the fan and radiator. My hose is broken at the corrogated section. Is it Ok just glue and wrap them together?
Top

My hose is broken at the corrogated section. Is it Ok just glue and wrap them together?

Necessity being the mother of invention, this is my version of the 99+ ECU removal tool.

It is long enough and thin enough to walk the ZIF socket retainers in or out by catching the purple retainers at the back. I go from side to side a little bit at a time until the retainers are either fully released or locked. It helps to rock the ECU a bit side to side as you walk it in. When removing the modules you can use a small screwdriver to push the rails back from the front side.

If you are referring to a '99 module the module is coded for your car and only your car. You can't just plug and play a replacement.

I won't say that it is impossible to do it yourself (there are some cloning programs out there and you need to build up an interface) but the path of least resistance is to send the modules (both the source and the target) off to ARD or Xemodex and have the existing programming from your car transferred to the replacement module. ARD is by far cheaper, particularly when you factor in that Xemodex wants $70.00 to stick them in a box and mail them to you, and I just like the service from ARD.

If you are comfortable with burning ROMs I can try to dig up some of the links for the cloning software and hardware. I might try it just to see how it works now that I have a spare cloned module to work with and I won't risk killing the car completely if I fail. I was reticent to do it myself when my original module was the only thing between me and at least $1500.00 from the dealership to sell me a new module and do the software uploads to it.

Thanks for posting this. My fault finding had come to a halt because I really needed to get the ECU out. I'd probably have worked it out for myself in the end but it's always easier to do a job like that if you know what you are going to find.

After reading the guide I went out to see how easy it was to do. One thing led to another and before I knew it I had located and bypassed the broken signal wire that had disabled the turbo and caused the MIL to light (or would have if the previous owner hadn't removed the bulb).

I went a step further and released the white base from the black box. I wanted to confirm I was tapping into the right wire, and it's lucky I did because I wasn't. Having the base out also made it slightly easier to push the locks back at the end of the job.
1996 855 GLT 2.5 20V
Top
Post Reply