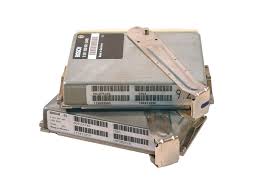 This information has been gathered in my quest to increase the horsepower of my 1994 Volvo 850 turbo wagon. I am not affiliated, nor do I know any persons working at any of the companies mentioned, so there is no personal bias toward any particular company.

Because a chip does have some developmental costs I understand companies wanting to be compensated for their work. By compensation I can understand a $300 $500 sell price to offset these costs and include profit margins, but any more than that is a bit extreme based on the simplicity of burning chip after chip and installing it into the ECU. Understand that Volvos ECUs are not as easy as adding RAM to your home PC (not plug and play for the chip). The ECU must be sent to the tuner, the chip de-soldered and the newly program unit soldered back into the ECU. Hence, you will not see the $200 price of some American cars of the recent past from super chips and other companies.

I do not claim to be an expert, but I do have an electronics background and an engineering degree. I also work for a company that supplies two of the largest ECU manufacturers in the world (one in Europe and one on the U.S.).

My personal comfort level with the 2.3 T-5 turbo is about 285 horsepower. 300 hp may be within the scope of this engine, but I have concerns going over the 285 300 range due to engine internals and possible connecting rod issues. Remember you are forcing the engine to do more as boost is increased and there are limits. Volvo feels safe at just under 250 hp.

Here is the rundown of the companies that I found out there that offer chips for Volvos:

ARD – Starting at only $175 for the “White” chip while maxing out at $425 for the “Black” chip, Active Research & Development is the new leader in performance value. In between White — for stock Volvos at or near Stage 0 — and Black — for already-heavily upgraded Volvos — sit three intermediate chips. Plus, ARD does custom mapping work on their chips to match exactly the modifications you’re running. If you can’t find the right ARD chip for you, I don’t know that any chipmaker can help you.

Upsolute – Prices start at $350 and go up to $699. Shipping of your ECU is required, but 24 hour turn around is possible. They can also provide the stock programming in case you want the chip burned back to original. Power claims are 277hp and 300 ft. lbs. torque. I later found out that they DO NOT offer a chip for the Volvo 850, S70, V70 or V70. I was disappointed when I learned this after seeing the claims online. This information comes direct from corporate by Alo Y. Galisir in sales and customer service for Upsolute.

PES – (also known as GIAC, I confirmed this) – $650 ($585 with negotiating) and the ECU needs to be sent is as above. I did come across some bad press where 1 or more customers took 2 – 3 times sending the ECU back and forth before they could plug it into the car and the car would run (this negative information comes directly from one of the Volvo club web sites). PES did not contribute to the FedEx charges for their mistakes. Power claims are 40 hp, which brings the stock 222hp to 262hp. This figure seems low to me and maybe the chip is too conservative.

RICA – 775 Euros, which is $702 at today’s exchange rate. Shipping of the ECU is required, but this is international so the cost and time increases. They claim 304hp and 309 ft. lbs. of torque. Since these claims are made in Europe it is possible that with higher octane fuel the numbers could be real, but 304hp is a little extreme for just a chip and I question the validity of this claim. This company seems to be big in Europe.

Heico – Not that impressive. They claim 0 – 62 mph in 7.8 sec (THIS IS CHIPPED!!!), 253 hp and 256 ft. lbs. torque. There was no clear converter for the European power measurements they gave me so I set up as a relationship and came up with these numbers. I would assume a 5% margin of error in the power numbers. Either way, it’s still a dog, enough said.

IPD at $695 its the highest price unit sold that I could find, but IPD has a huge following that praises their product, although I think this price is high. [This isn’t true any longer — Matt.] Their claims are rock solid and I can back this up with testing from old issues of European car. A 53 hp gain (to 275hp without exhaust mods, 285 with) and when talking with IPD they said the car can also run on 89 octane and not detonate the motor if needed (in case my wife selects the wrong grade). I have heard nothing but positive press on IPD. The IPD chip is from Sweden and if you research it enough the company actually designing and burning the ship is TME (IPD is a reseller or the U.S. marketing arm for TME in the U.S.). Either way, TME is also very well respected. (To bad they charge so much for the upgrade).

Wetterauer N.A. – send in the ECU and they swap the chip, I would assume quick a turn around. They claim 275 hp and 295 ft. lbs., these numbers are in the ball park. As a VolvoTuning member you get $100 off the $795 price. I could not find anyone that has used the people for feedback.

Enstroms – These people are located somewhere near Chicago and resell BSR products with a small markup. The numbers are in the 295 hp range and fall in line with respected companies above. You can visit the BSR website, but its all in Swedish. I do not think that Enstroms gouges on price at $495. The website does not list the 850, S70, V70 Turbo, but does the V and S models. The information is incomplete, but they do in fact offer the modification.

Eastern Aerospace – This company has the largest offering of performance upgrades, however I seriously question the horsepower increase claims, they seem overstated. I have read negative press on this company (from a Volvo discussion board). Claims of 35 120 horsepower are made, which may be possible, but Im not sure how they arrive at these claims. I get nervous when I see a plethora of modifications that arrive at a lofty power increase. To make sure this is not done by smoke and mirrors I would demand dyno sheets on these modifications.

Dawes Devices – This was a Johnny-come-lately to my search and seems to be the most rewarding based on price. In fact I order one for my 1996 Saab 900 SE Turbo to try it (yes, I own the other Swedish built car as well). I cannot provide my personal experience on this because it will not arrive for another couple days and require install. I have a good idea what this unit does, but this is open for comment. The unit taps into the manifold and the waste gate and allows for manual adjustment of boost, to a point. The unit tricks the ECU allowing for more boost and you can manually adjust this to add significant horsepower. I have no exact figures, but have a good idea that 265 275 hp is achievable. More may be possible, but I have concerns over temp, fuel ratios and stock mappings.

With the Dawes unit, it does not correct for air density as a modified ECU would so its possible that in the winter months the boost would increase. It is suggested that you run a boost gauge and follow the recommendations in the instructions if this unit is purchased. Since the stock ECU has safeguards built in, I do not see any harm in using this device for moderate gains.

I’m not sure how familiar everyone is with chip burning. When the ECU is received (by the tuner) the old chip is removed (de-soldered) and they may or may not put a receptacle for the new chip to plug into or re-solder it to the ECU board. This process only takes about 15 – 30 minutes, depending on how capable the person is. For the chip itself, the chip is “burned” with the new ROM memory (EPROM). This should only take 15 minutes as there is not much “labor” involved and we are paying for the software itself.

I would not be surprised if some of the companies above are using the same “basic” upgrade and are merely burning copies of someone else’s software.

The factory setup is great for stock boost settings. If you do intend to increase boost in any form, it is highly suggested that you start with a better low restriction exhaust to free up back pressure. Additional boost builds increases back pressure and a restrictive exhaust causes the turbo to work harder expelling exhaust gasses. Ideally there should be some, but little back pressure. There are many systems out there, some of which are sold by the companies mentioned above. It is also wise to run a boost gauge and if you really want to monitor the new found party under your hood an EGT (exhaust gas temp) meter is available. Serious tuners use this to detect lean conditions. Running a fully synthetic oil is also a good idea along with a good filter. I change my oil at the Volvo recommended interval because I use synthetic, if you use a non-synthetic oil you may want to change the oil more frequently.

There are other modifications that may be considered as well, such as a low restriction air filter. I have found that the stock air box is best as its tuned for optimum resonance for the incoming pulses of air. The cone filters may sound better with the growl of the intake noise, but they do not benefit from the resonance and often suck in hot air from the engine compartment, decreasing power. Relocation of the horns is recommended. They block air access to the radiator. Cutting of the plastic support will open this up further. I have already done these in anticipation of buying an ECU. Free tips are available on the Eastern Aerospace website that cover modification you can do at no cost.

By David M with occasional updates by MVS Matt