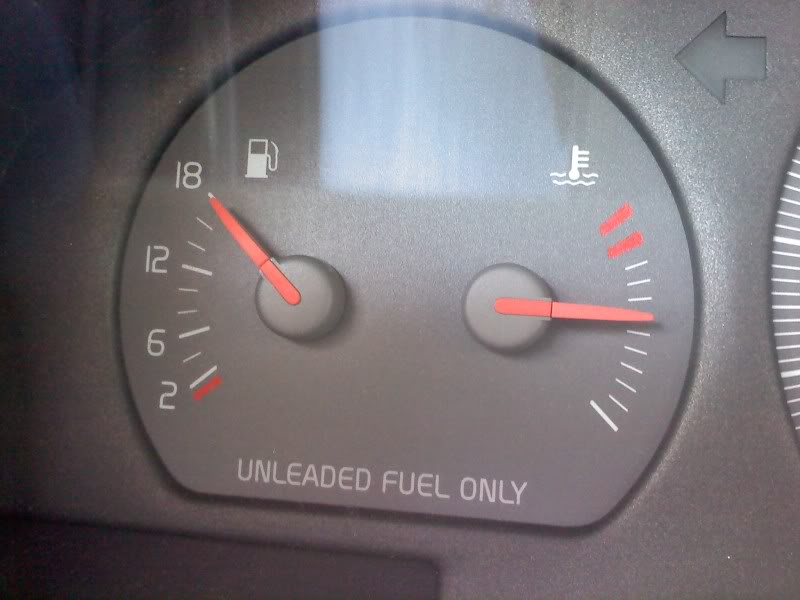 Two weeks ago, MVS member mrbrian200 wrote a very interesting paragraph about how Volvos display engine temperature in a topic about a 2006 S60 experiencing stuttering/hesitation while accelerating. It was ancillary to solving the S60 problem, and the information is applicable to a broad swath of Volvos, and all modern cars.

mrbrian200 explains why your temperature gauge remains exactly at the same spot all the time, unless something is wrong:

A word on how OEs have evolved how this gauge works: many years ago this gauge indicated the literal engine temperature. The gauge would bump up and down a little as the thermostat opened and closed, and would tick up before the radiator fan kicked on, then back down. Many people don’t understand temperature fluctuations are normal and complain something was broke. So they ‘fixed’ it. Sometime in the 90’s OEs began controlling this gauge with software so that once the engine warmed up to normal operating temperature the gauge will hold at a certain position unless the ecu decides something might be wrong. At such time the hold is released and the gauge position correlates more directly to changing/actual engine temperature. It’s more useful than an light in the sense that we can tell when the engine is up to temp (safe to drive hard), and when there is a problem we can glance at it to determine whether continued driving presents risk of damage. I’ve only seen mine budge once – a 108 degree day at a stoplight after exiting the interstate. It released the hold to indicate (not quite) to the next higher mark above halfway to let me know if the radiator fan didn’t manage to bring it down there might be trouble (fan did it’s thing/Volvo was fine).

This means we know less about what temperature our engines are operating at, in an effort to shield owners from concern about a “problem” (slight temp gauge variations in day-to-day operation) that isn’t a problem.

I don’t like it, but that’s the direction the industry is taking. I’d group this with the alarming trend of designing cars with no engine oil dipstick and relying on sensors (that feed idiot lights) telling us oil levels. Or rather, tell us when a low oil level situation is triggered. (My new Alltrack DOES have a dipstick.) This is the new automotive world we live in, like it or not…