The places to clean the sensors on the early ABS systems is the reluctance rings on the axles (front) or the hubs (on the rear) They are magnets that tend to collect the metal that has worn off of the brake calipers. The sensors are just above the rings and they will get cleaned in the process.

The front rings are directly behind the hubs but you can get to them without really removing anything. The rears are located inside of the drums for the parking brake and you need to remove the calipers and the rotors to get to them. 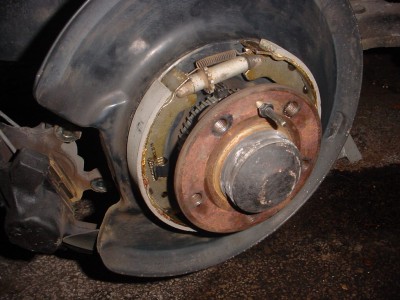