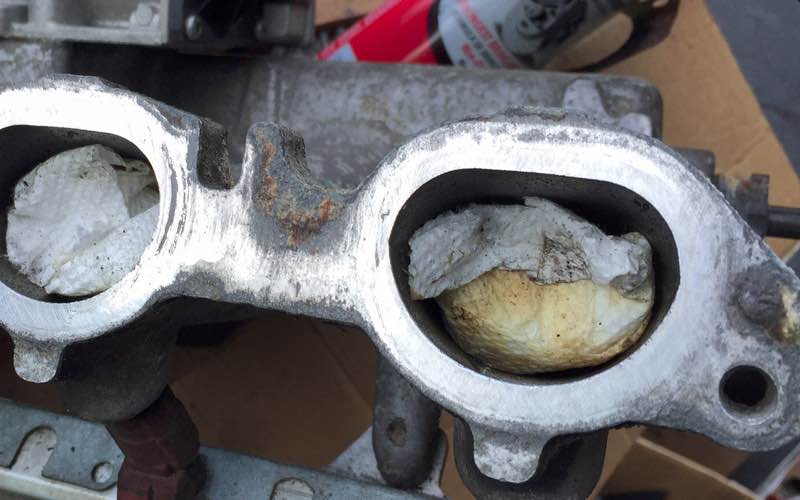 MVS Forums moderator abscate knocks the ball out of the park with a well-documented DIY on putting the intake back on a late P80 car:

The late P80 cars have thermostatted PCV. Yeah! I’m convinced they clog much less than early P80s. I changed my oil with Dino every 5k with this car and really had minimal sludging.

Reinstalling the manifold is hard though as you have extra stuff.

I disconnected the oil box hose to let the PCV pipe lift up. Now the banjo is easy to bolt on with its two copper washers. The banjo hose is off the coolant nipple for this step too. ( see pic)

Put the hose clamp on the PCV pipe just tight enough so that it doesn’t fall off.

Now I fitted the manifold onto the lower nut and secured it with one nut.

With tweezers, I slipped the PCV pipe over the oil box fitting and slipped it home with a socket on a long 3/8 extender. Now I tightened the hose clamp, having set up the right length extenders before ( see pic)

The rest of the stuff is all accessible after the manifold is bolted on.

There was not enough play to bolt on the banjo with the PCV nipple attached. It’s also at a slight angle to the intake manifold so it’s tough to get started by hand. Don’t cross thread that sucker…