“I just recently noticed the magnets had fallen off of my dash speakers; was going to do a quick and dirty fix by re-attaching them w/ glue, but the cones are incredibly flimsy and brittle after 15+ years. Looking for a relatively inexpensive replacement that will involve little retrofitting.” 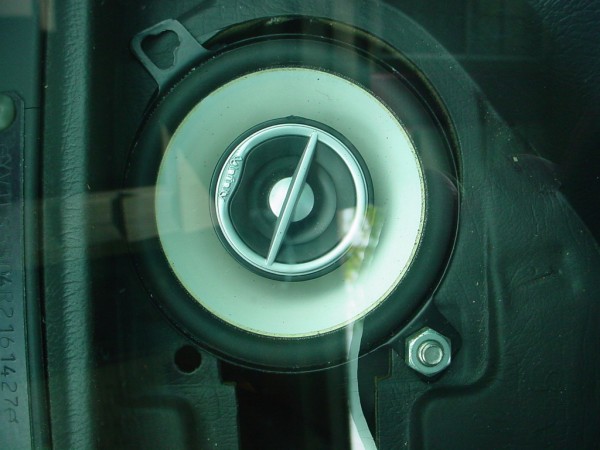 A: “I left it with one bolt and all is good for me and mine. I did the same thing in my son’s 850 and he cranks it to ’11’ – especially when he had a broken exhaust manifold.”

Q: Anyone know where I can purchase the aforementioned infinity speakers? Searched the web and Crutchfield using the info provided in the above posts, but no results. Is it possible they have been discontinued?

A: $27.95 at hookedontronics thru Amazon. Delivered in less than a week.