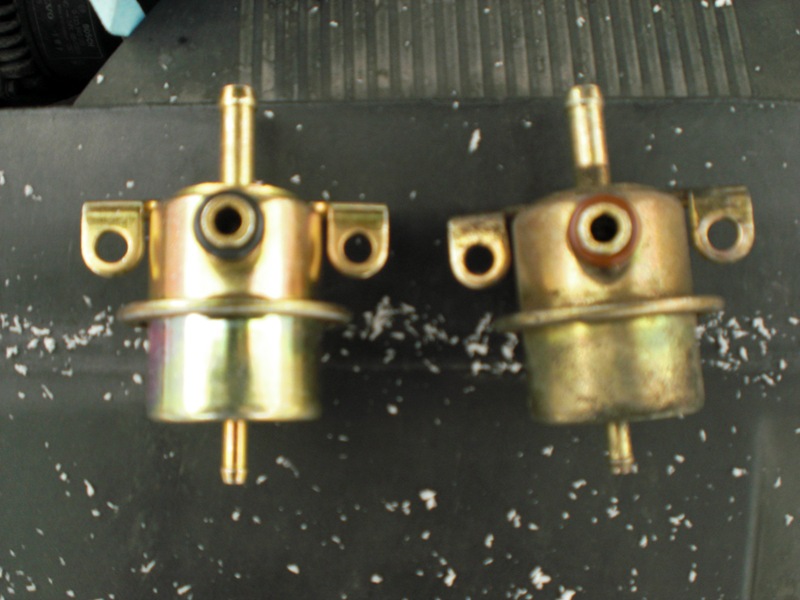 In addition to tackling codes this weekend, I recently noticed the smell gas inside and outside my 850. I popped the hood and noticed a slow leak from the fuel pressure regulator. I disconnected the vacuum line, which NOW, I know was a big mistake because after reading the Chilton’s manual, it tells me to relieve the pressure before disconnecting anything. Well… anyhow, the line looks good, no cracks or holes. I believe the leak is coming from the top of the regulator. Either way, its in a spot where I can’t tell exactly, but the gas builds a small pool.

The new f.p.r. on the left and the old f.p.r. on the right. If this is the cause of my leak, the only thing I can think of is maybe the orange o-ring shrunk. Everything else looks ok. 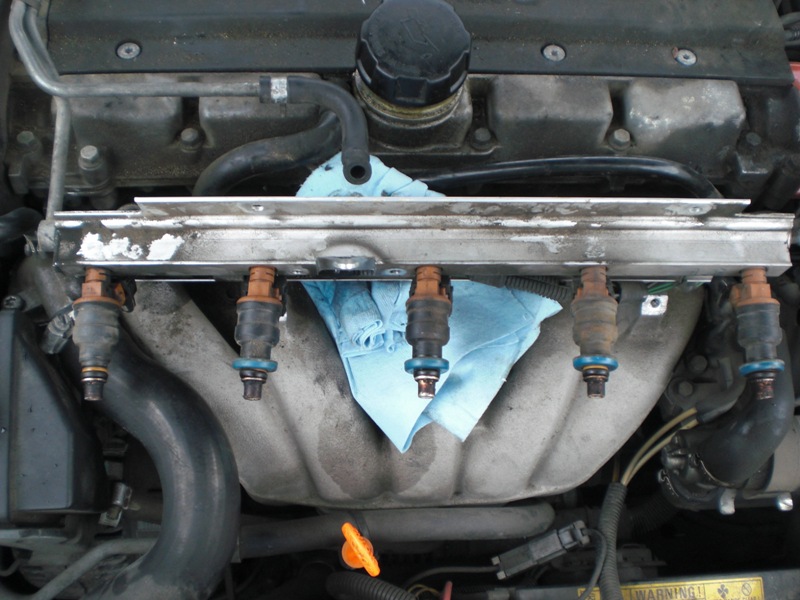 A look at the injectors. They are D-I-R-T-Y. Don’t worry, I cleaned them up the best I could before I put them back in. Also, you can see where the gas stained the manifold. The leak pooled at the top of the manifold and leaked down to cause that stain.