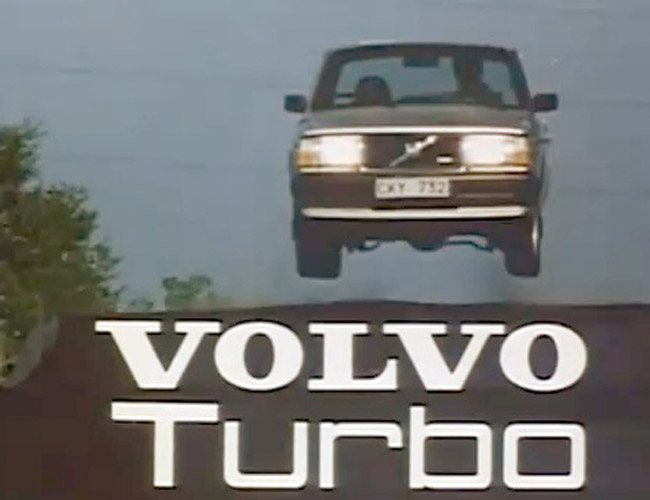 Thinking of purchasing a volvo 240 turbo? Read on!

1985 was a golden year for Volvo in motor sport. The Volvo 240 Turbo won the European Touring Car Championship (ETC) and the German equivalent, the Deutsche Touringwagen Meisterschaft (DTM).

When Volvo launched its 240 turbo family car in 1981 with a turbo engine, it opened up a whole new market for the company. It demonstrated that Volvo was capable not only of building safe, durable cars, but that they could also be fast and fun to drive. With turbocharging, the robust B21ET 2.1 litre engine generated 155 hp, which meant the 240 Turbo could do 0-100 km/h in 9 seconds and had a top speed of 195 km/h. The 240 Turbo Estate was the world’s fastest estate car.

Hi there,
I have never owned a Volvo before, but I have a friend who recently purchased a used one and he raves about it. I have also been doing a little research on volvos and I have grown to love their reputations as work horses. So I am combing the classifieds for used ones. I found a 1985 turbo DL wagon with 123,000 miles. The person is asking $1000. I know this is really cheap for a car, but the most important thing for me is that I don’t have problems with it. My friend told me to avoid the older model turbos (but he is not a mechanic, so I just wanted to get other peoples opinion on this). I haven’t seen it yet, but I was told that it needs to be painted (no big deal). My main concern is what is going on inside. I know nothing about cars. I called two different volvo service places and they want about $100 to do an inspection. I hate to pay 1/10th of the value of the car to have someone look at it and possibly tell me its a piece of junk. Is there anything I can do on my own to figure out if this car is worthwhile?? I am concerned about the engine, transmission, and any leaking that might be going on. By the way the kbb value on the car is $825, so I am hoping to pick it up for around this price.

Any guidance would be much appreciated!

Let me start off by saying that in my opinion you will be very impressed with a Volvo. As a mechanic I have owned over 40 cars and my last 3 cars, which are Volvo’s, have been the most reliable, most practical, and most fun to drive.

Next, $1,000 for a 240 Turbo sounds good as long as it is in good condition, maybe not perfect but solid, straight, and sound. Volvo did not have a DL Turbo, the car will either be a DL which is their lower level model (manual crank sunroof, hand crank windows, etc), a GL or GLE which is the deluxe version with more “creature comforts (power sunroof, power windows, etc), or a GLT, GL Turbo, or just Turbo, which has the GLE trim with sport suspension and the turbocharged engine.

There is no way of garanteeing reliability of a 19 year old car but in general Volvo’s last longer with higher reliability that most other models, things to check for are excessive oil leaks (all Volvo’s leak some oil but look for major leaks), smooth running engine that does not burn oil, a trany that shifts smoothly and easily. On the body look for signs of rust, early 80’s were prone to rust but the bodies improved through the 80’s.

The original turbo will only have oil lines running to it, if the turbo has been replaced or upgraded the common replacement is a water cooled unit, you will see oil and water lines connected to the turbo. An intercooler option was also available which includes a large intercooler (looks like a radiator in the front of the car) which increases engine power and decreases possible detonation on these engines. In general the turbo will last a long time, the important item with turbo’s is to allow them to cool down by idleing the engine for 10 minutes or so after highway operation or spitited driving. Shutting a turbocharged engine off immediatly when the turbo is extreamly hot will cause the oil in the bearings to burn or coke which means the next time you start your engine the turbo will start spinning with no lubrication, this greatly reduces the life.