MVS Forums Contributor Mike (precopster) shares a video he made of his valve body re-assembly, and also shares his considerable DIY skills regarding the (2001-2007 in North America, 2000-2008 in Australia) Volvo AW55-50SN transmissions. 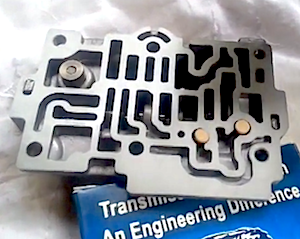 If you have undiagnosed banging noises on downshifts, and RPM flares, you would likely benefit from the information in this topic, even if you end up having the work done.

The other solenoids S1 through S5 are not targeted. They just need to be tested.

The Sonnax part numbers you listed are for single solenoids not kits. Kits are sold on eBay.

Be careful with solenoid sellers. Some eBay sellers such as Ctpowertrain mention the letter designations and some don’t.

Also replacing just the solenoids is a shortcut which should fix 90% of the issues. In my video I show 2 small piston valves which I had already replaced. These solve some minor issues.

Also replacing all the valve body gaskets will solve minor cross leakage between oil galleys. Before embarking on this journey read all the literature I’ve provided including the Transgo install instructions.