Shockwave has good patience and great DIY XC90 V8 intermittent fuel pressure diagnosis chops. Just have to get that out there.

BACKGROUND: FUEL PUMP/ LEVEL SENDER replaced 6 months ago by previous owner.
ISSUE: Fuel pressure intermittently drops leading to a non-responsive throttle or engine stall. Only happens after 20+ minutes of driving. It has happened at idle, slow speed, and freeway speeds. I have been able to plug in a WI-FI OBD reader when this is occurring and the fuel pressure is dropping from 480kpa/500kpa to 200/300 kpa. It bumps back up every 5 seconds or so, but it wouldn’t go up from 200/300 kpa when I had it towed. When running “normally” the car drives “heavy” like there isn’t as much power as there should be. But this car is new to me…
RESOLUTION WHILE ON THE ROAD: Toggle the throttle to get a response back or turn it off and restart it. Also, filling up with gas seems to help. 1 time I had to get it towed. 1 time I was close to home and limped home. The other 3 times, I was able to limp to a gas station.
FREQUENCY: Has occurred 5 times over 800 miles.
SUSPECTED CAUSES: I initially suspected an incorrect fuel gauge calibration, but it has occurred with 1/4 tank of gas, 3/8 tank, and 7/8 tank.
CURRENT RESOLUTION: Keep throttle low 1.5k to 2k rpms to avoid heavy loads on the engine/system.
ATTEMPTED FIXES/DIAGNOSIS(Issue Not Resolved): Replaced FUEL FILTER, AIR FILTER, SPARK PLUGS, FUEL PRESSURE SENSOR (FPS). Noticed a 3.2 engine PN for the old FPS, not sure if that had any ill effects. I tested with carb cleaner and only found a leak at the TB gasket. That will be replaced when it arrives in the mail. Also, I’m not sure if the engine should sound like this or not (possible vacuum leak)

… the XC90 continues to show symptoms of fuel cutout, and here is Shockwave’s report at that time:

So, I was able to drive the car hard this weekend on a few trips. The issue did not arise while doing so. However, before one of my trips (1-27-18) I started the car and exited the car to pick something up (let it idle). When I returned, the check engine light was on but it was running fine. I proceeded to drive to the store and back without issue.

The next day, I took the laptop and DICE unit out and checked on the code. The readings were a little confusing and the check engine light was no longer on. However, the record indicated the code was signalled on (1-20-18) ❓ ❓ . The MIL/DTC did not signal on the dash until 1-27-18. As I was looking at different info in VIDA at idle after about 20 minutes, it started to act up. I captured the outputs shown below. See SHOCKWAVE_XC90_PEM_FAILURE_04 for results with the ECM-Fuel rail pressure. Unfortunately, I did not get ECM-Fuel rail pressure on the other readouts.

I’m suspecting the PEM based on the symptoms, so I’ll take a stab at throwing a part at it for what seems a good deal. I didn’t think they’d accept my offer of $50, but they did immediately.

At this point it’s been over a month since Shockwave’s first post. He’s zeroing in on the fuel pump control module:

And then, on February 8, this theory falls out of consideration with a loud thud:

Fail! After replacing the PEM the issue is still here. Starting stumbling after getting off the freeway and idling at the light. Shut it down and restarted to get control..I shut it off at stops, and was able to make it home. I sat for about 90 seconds at one light, and it seemed to not have the stumble after that. Idled at home, and it was doing fine with one noticeable stumble while I was looking under the hood. I’ll have to consider taking it in for a Volvo evaluation at this point… quite frustrating! I was really hoping to love the Volvo car, but my patience is wearing thin!!

Then MVS Forums Moderator Abscate meets Shockwave on a weekend while he’s in California for business, and they complete further diagnosis of this stubborn XC90 fuel problem.

At time of writing, our heroes are still in theory/discovery mode. Abscate is offering that it could be a kinked plastic fuel hose, which according to lore is a not-uncommon occurrence. The other thrust is a bad ECU.

While waiting for the next installment, enjoy some stock XC90 V8 photos, courtesy Volvo North America: 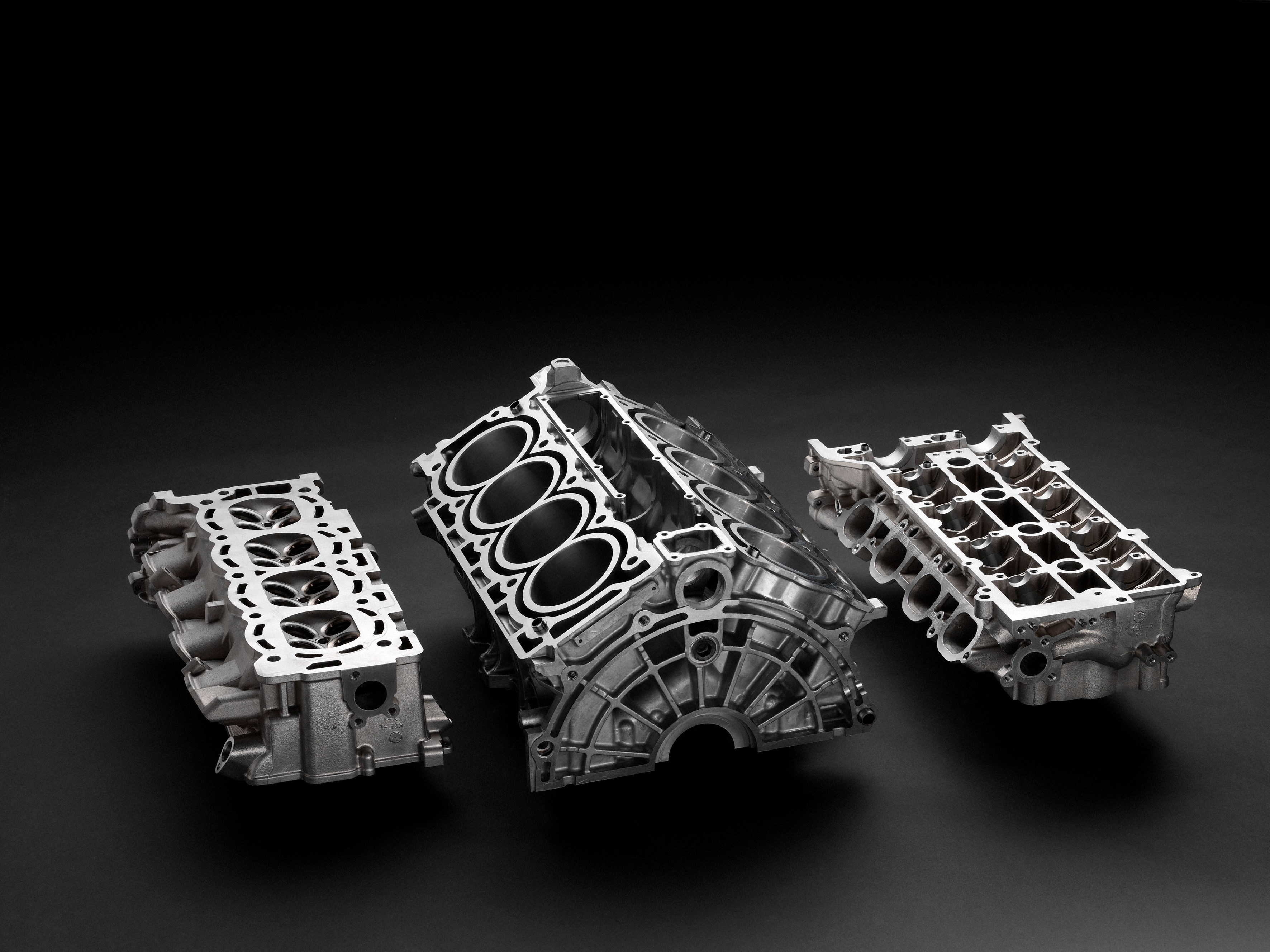 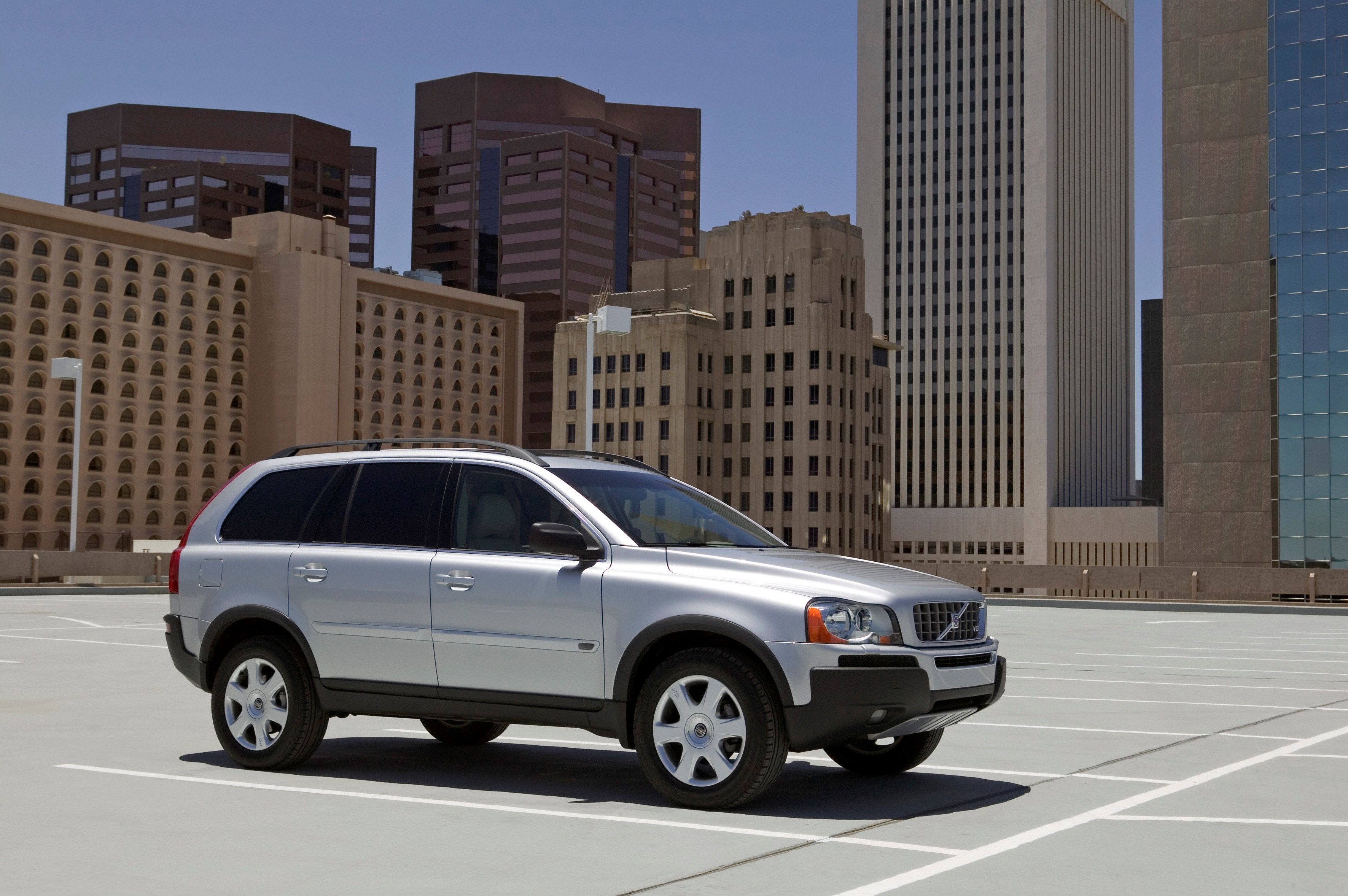 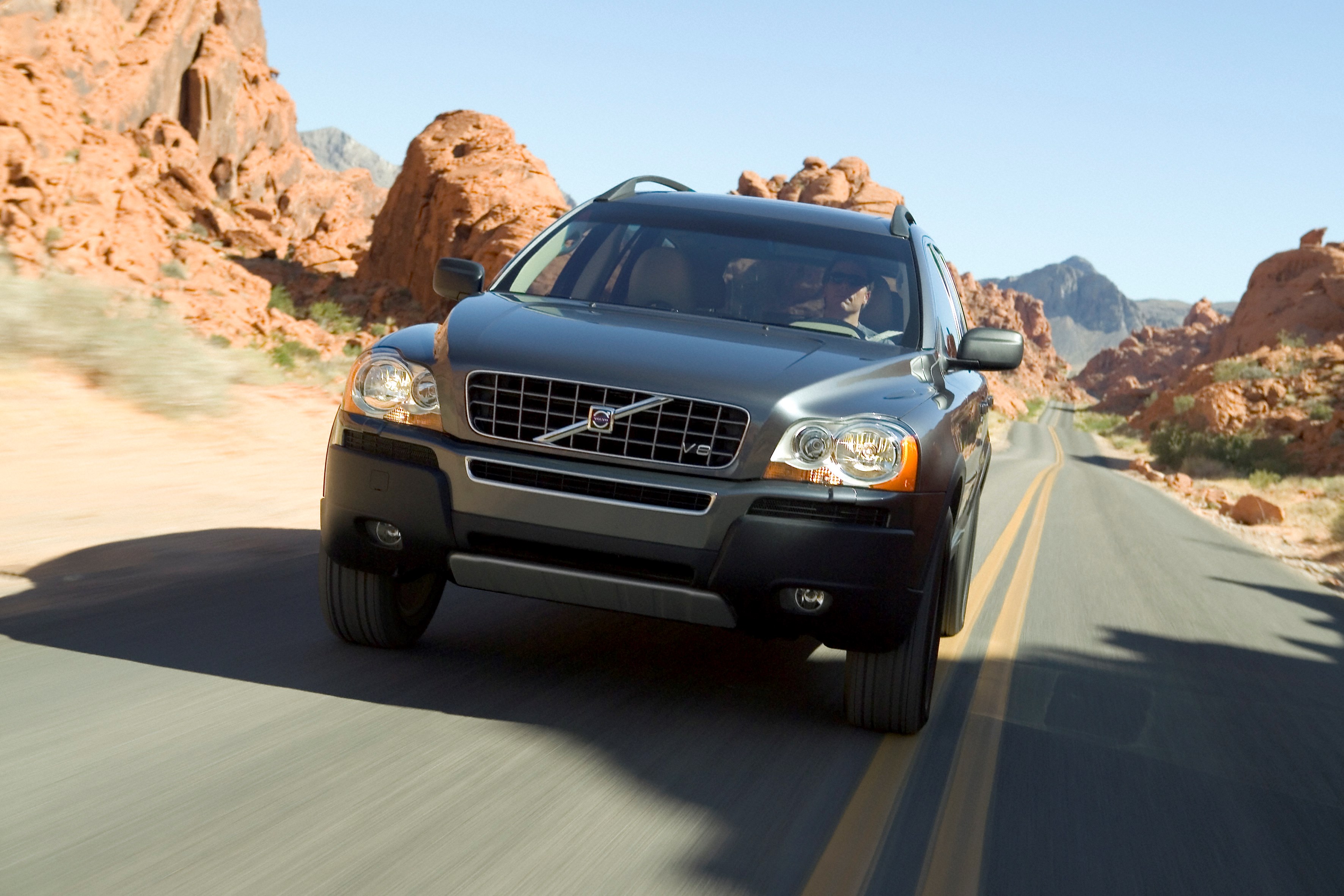 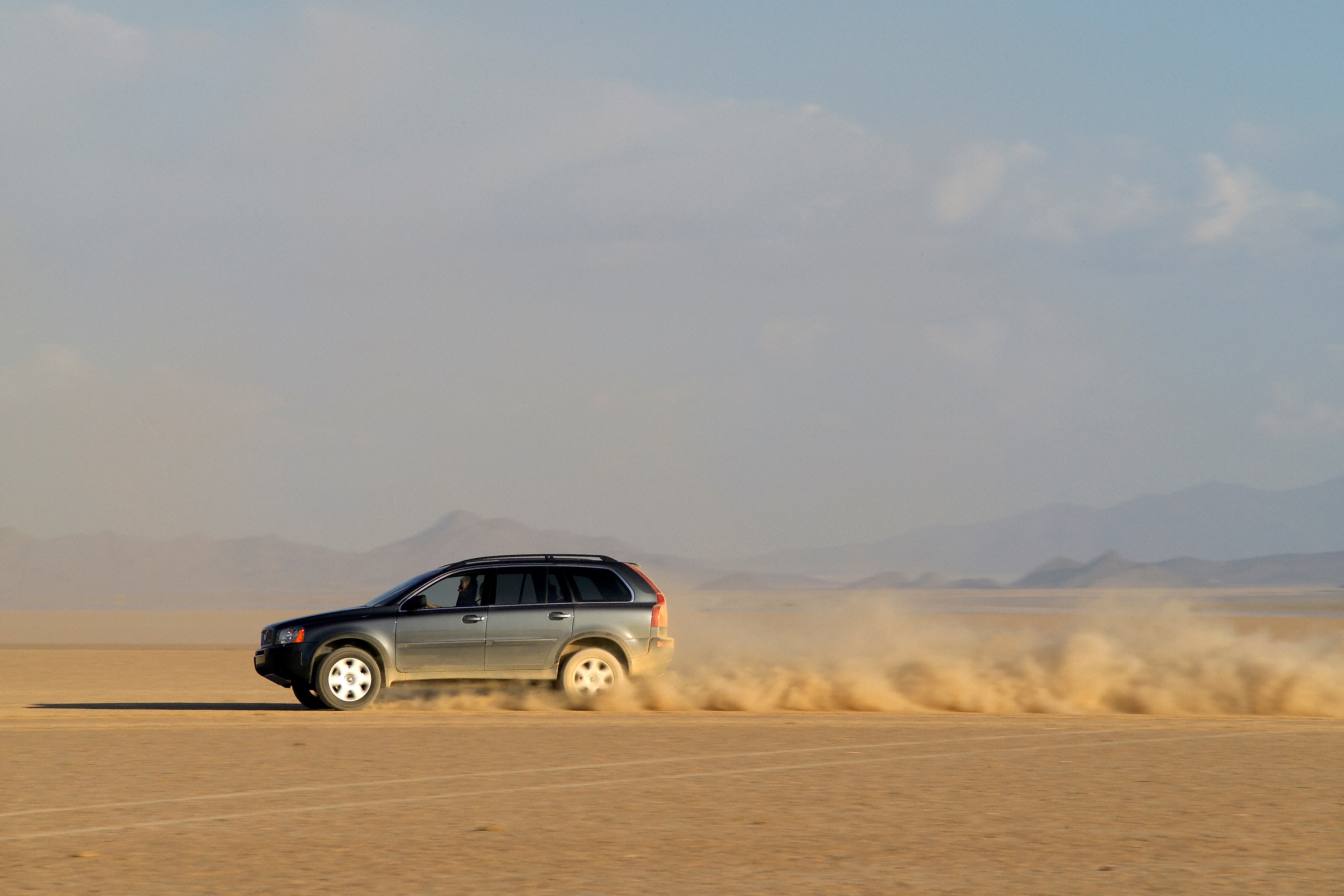 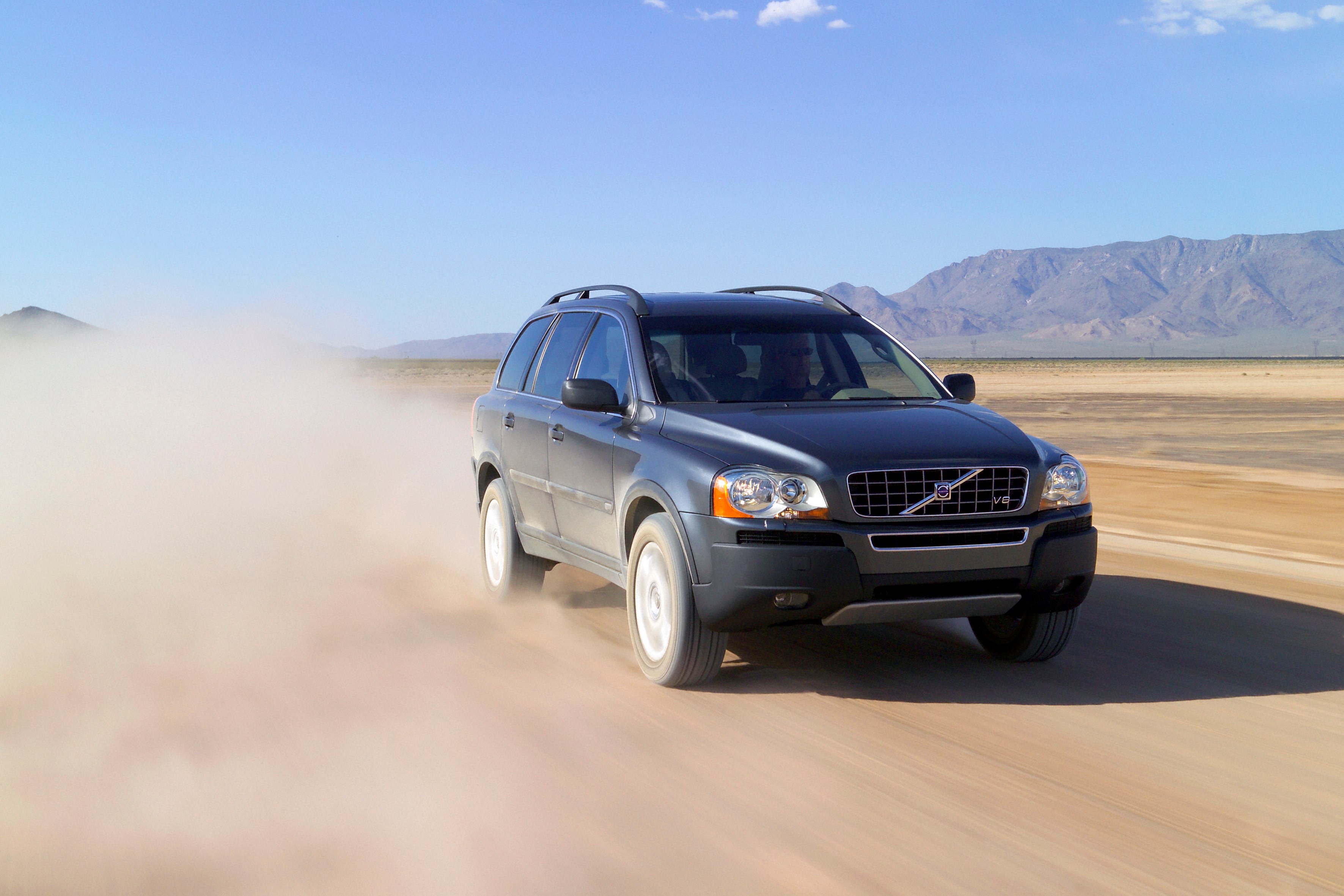 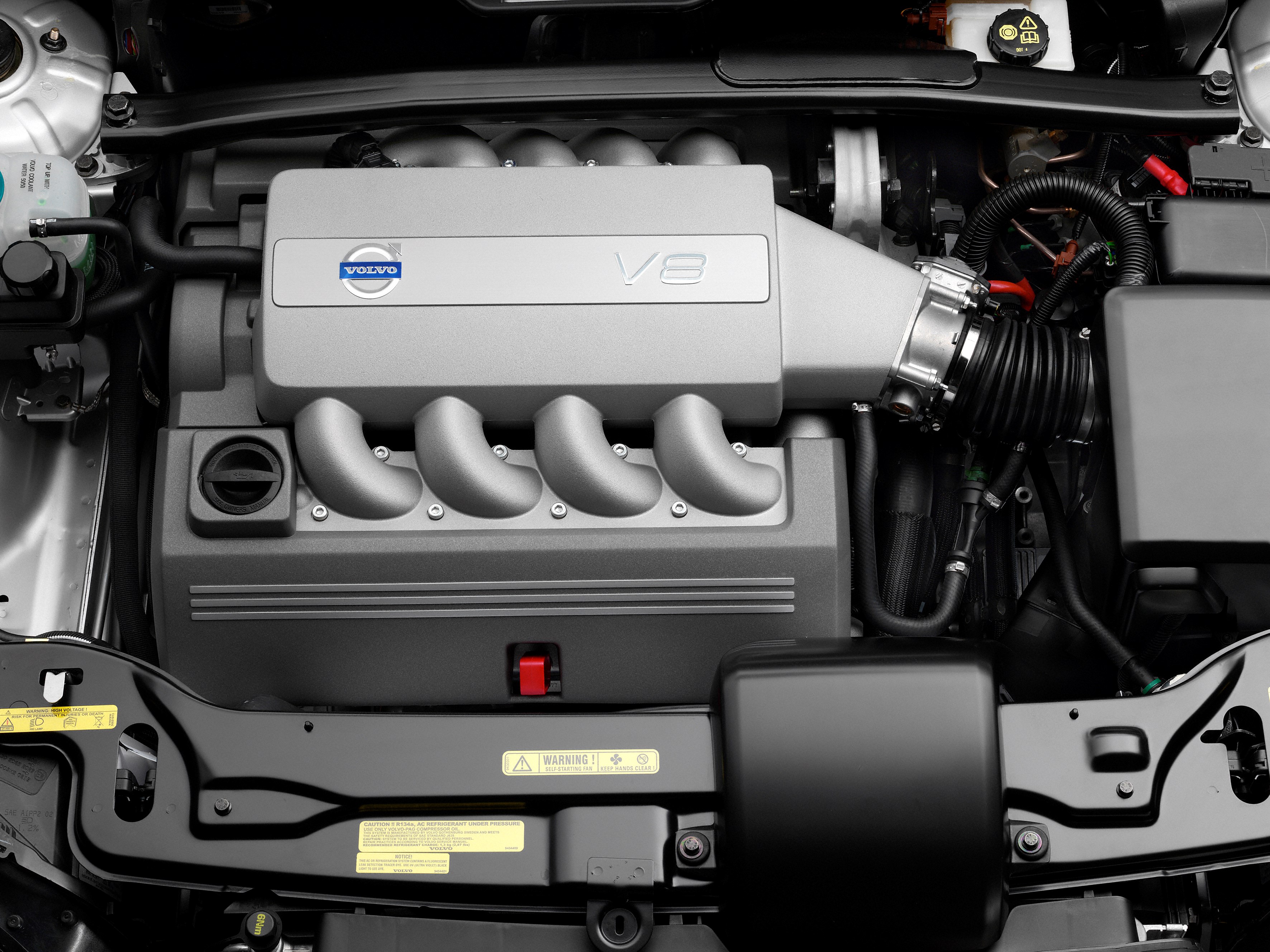 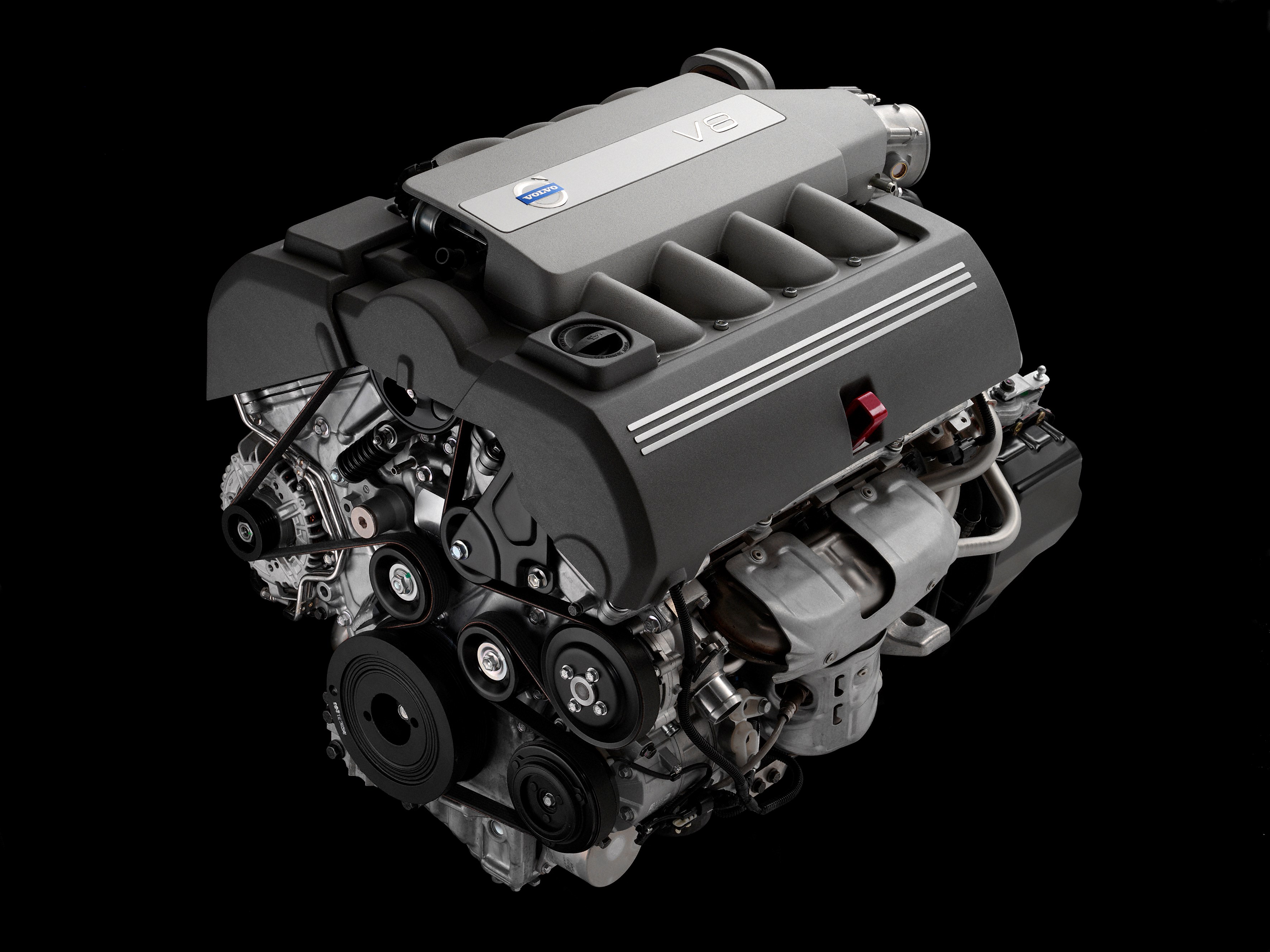 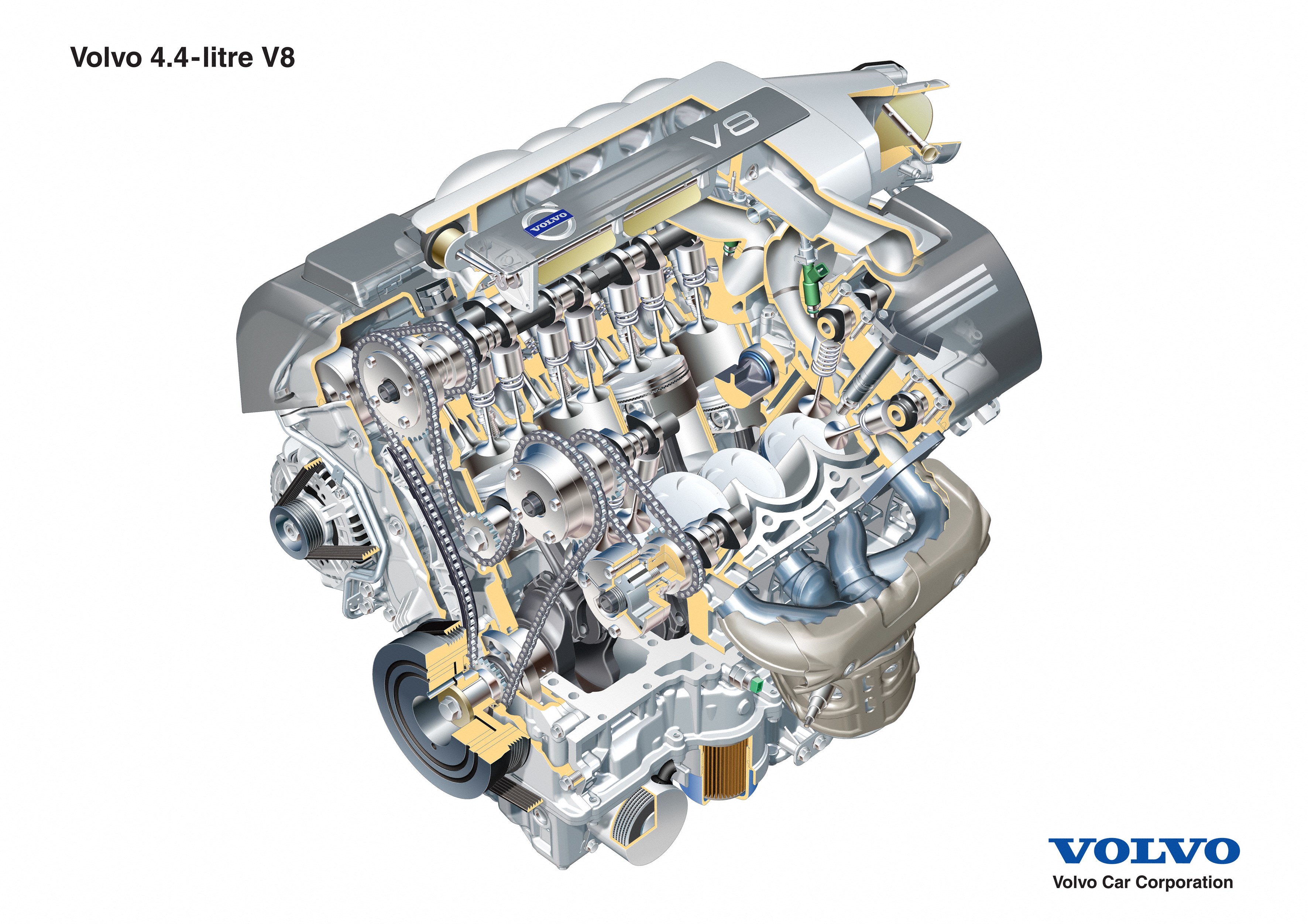 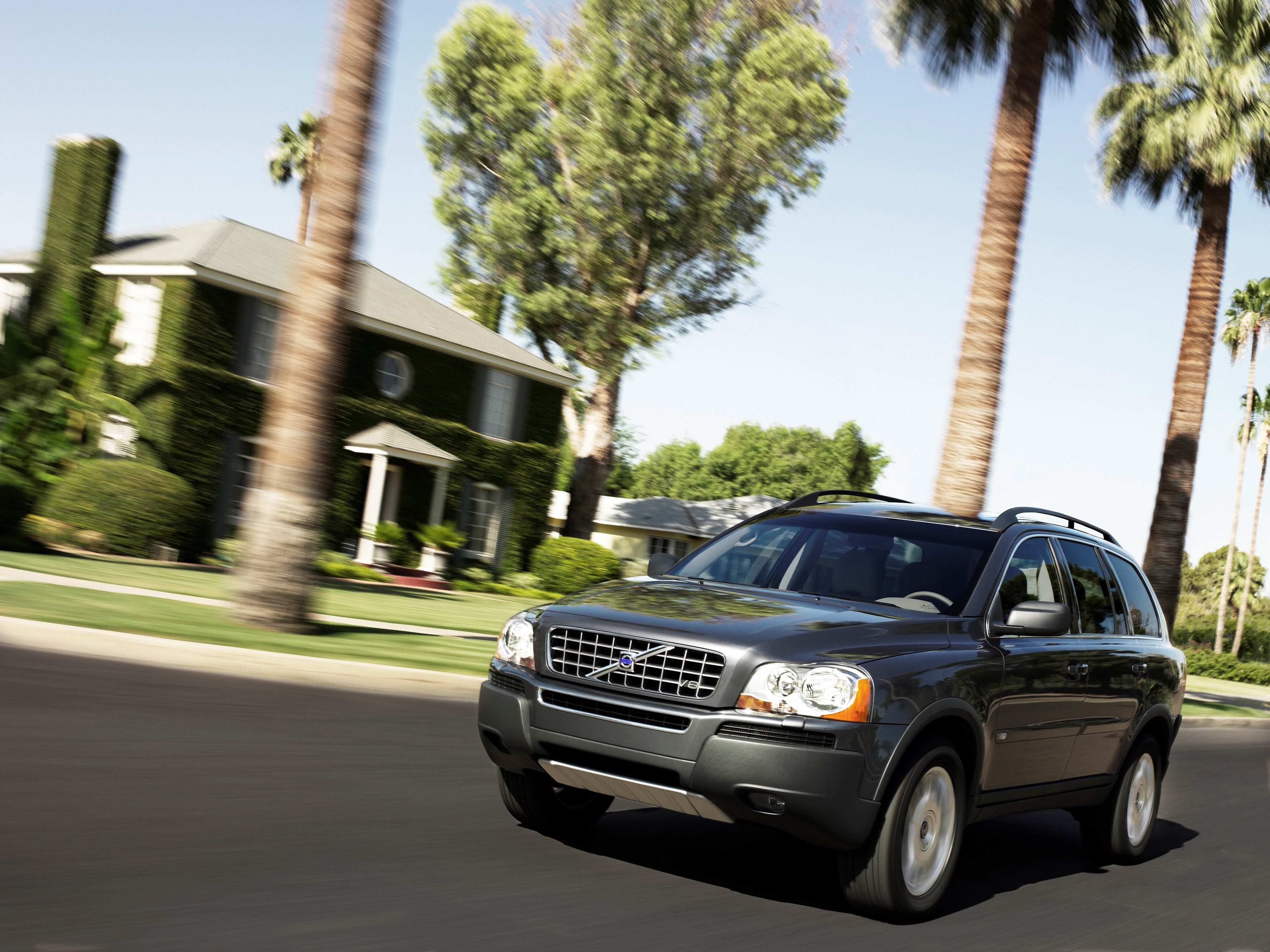 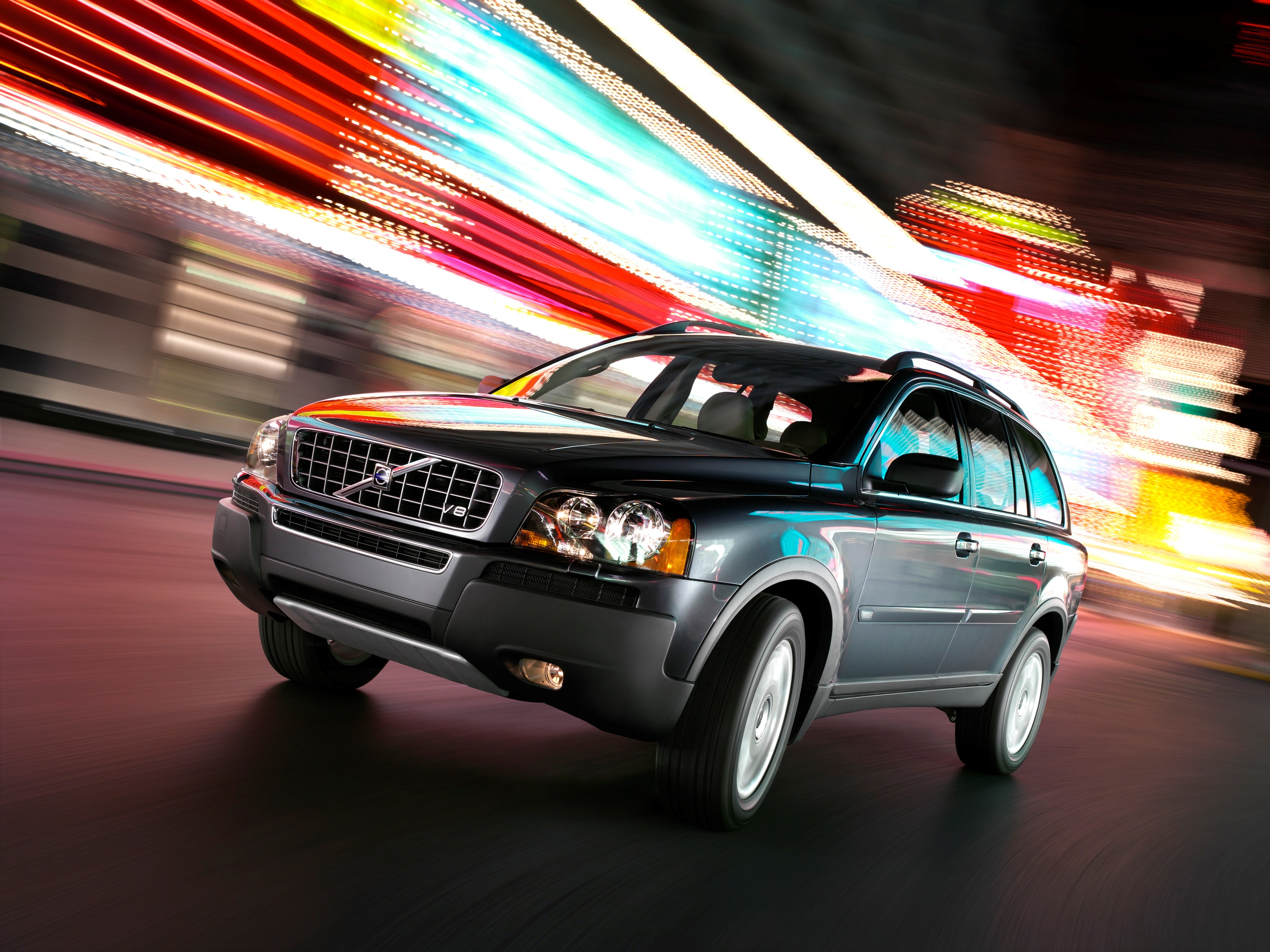 It intermitently died on me and mostly occurred after a long time in very slow traffic.
i would also have jerks when i move into freeway speeds, at rpms above 2k.

Long story short, i finally decided to measure the voltage from the PEM at different throttle positions and soon discovered that voltage was being altered correctly in response to throttle position. However, the pump sending to the engine was sending less fuel than normal after some time. Took it ut and discovered it had a faulty ground within the pump. replaced that specific pump and that was it.(note that i did not replace the in-tank pump as i had replaced it 4 months earlier, i should have known the engine pump’s failure was imminent.)

In your case, with same test, if the initial pressure is normal and decreases after a while of idling then you have a faulty pump.

Disconnecting the PEM will keep voltage at maximum and helped keep the car on the road till i diagnosed it .

Thanks Brett. By ventri, did you mean “venturi”? And by that, do you mean the yellow pickup device on the left hand side? If not, what port are you designating? The little yellow “T” at the bottom of the pump reservoir..?
http://www.radiumauto.com/Venturi-Jet-Pump-Kit-P760.aspx

I experienced the same type symptoms on the same make/model/drivetrain. Fuel pump, FPS were both replaced. Ultimately pulled the fuel pump out and found a piece (tag?) of grocery bag (grocery station gas?) sucked up in the ventri cause one side of the gas tank to empty before the others side. Removed the tag and it was fixed.