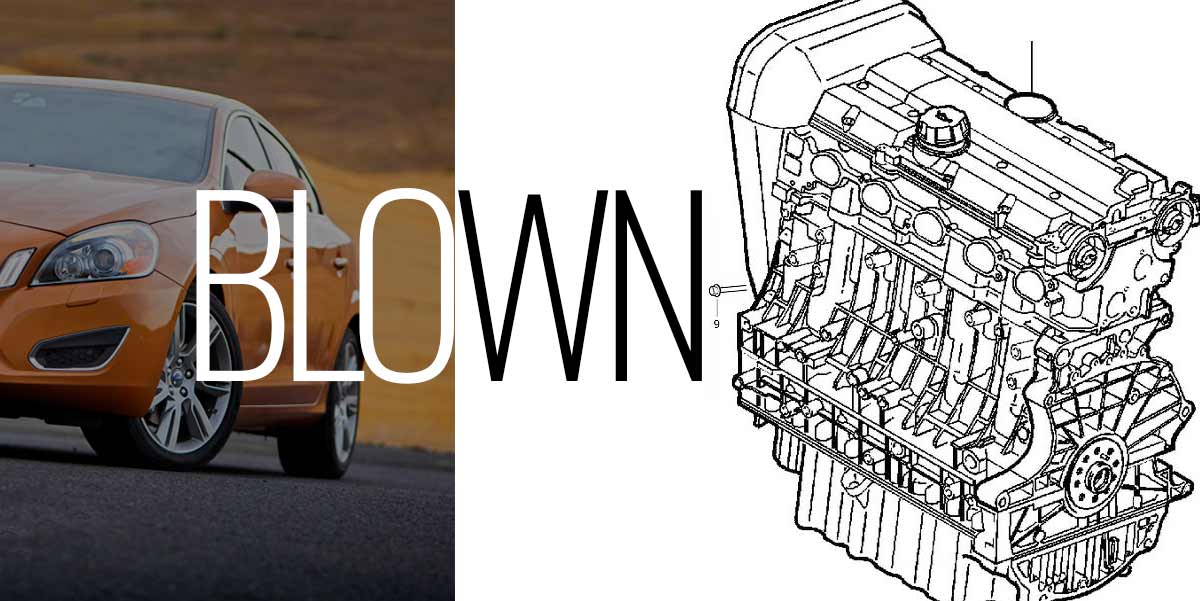 I posted this on the MVS Facebook page, and the thread 2012 S60 Blown Engine continues to grow in the MVS forums… but this isn’t sitting well with me. Forums member Brian — username bkw1962 — got word back from Volvo Corporation North America that they’ve denied his claim on his 2012 Volvo S60. The engine is blown after cylinder #3 lost all compression (for the sake of discussion, it’s done). It’s been measured at 15psi.

The car has 118k miles. This isn’t right. It’s out of warranty, and this is a “goodwill claim”, but it isn’t right.

My advice to him is to keep up public pressure on VCNA. EDIT: It worked. See below.

I was just informed that my 2012 S60 T5 with 118k on it is junk due to cyl 3 having 15psi compression. The only option I was given was to get a rebuilt engine for roughly $8k (P+L). Please tell me there is something else I can do other than that (or run the vehicle on 4 cylinders for its remaining life. I have had ZERO issues with this car until it started misfiring intermittently last month and then consistently 2 days ago when I took it in to Volvo to get it resolved. Any and all help will be appreciated.

This is a known issue on these cars. Volvo has issued TJ29871-2015-02-05. It has to do with oil burning in the S60 T5. If in Warranty they just fix, but the problem usually happens out of warranty. Goodwill is on a case by case basis. The TJ calls for replacing the piston rings and switching to full synthetic. If that doesn’t work, they are replacing the engines. You can find more instances of this by just Googling. There appears to be something defective with the piston rings on this year/make/model. Could be why you are losing compression. Others are having clogged PCV’s from blow by while others are just burning oil. If the PCV/breather gets clogged then it burns oil very quickly.

The service manager at your dealership is horrible. I know exactly who it is. You would have been better off going to Brown Daub Volvo in Nazareth but I still think VCNA would have denied Goodwill. Take it to the CEO. The AMM for Volvo is denying all kinds of Goodwill with this specific car and these issues.

People in The San Francisco Bay Area and Pittsburgh and Virginia appear to be getting their’s Goodwilled.

74k miles and I am being told also that my engine is shot also. A 2012 Volvo S60 T5, worthless. Guess why Goodwill was denied? I got two answers. 1. Because it wasn’t always serviced by Volvo, even though My wife stopped taking it there at 50k when she said they tried to rip her off. 2. Because the engine was oil starved. Well duh, but they can’t tell me why it was starved for oil.

I feel your pain, I have the same car with the same problem, 2012 S60 t5 no compression cylinder #4 I will be putting in a junkyard motor, My car was a lease from a so I don’t know what they did for regualer maintanence. They did do however the T Belt at 112K misfire 4 and 5 and a random, no compression in 4

Finally, The Resolution: Volvo Paid for a New Engine

It took a while but I am happy to report that Volvo ended up swapping out my engine. The dealer did a fantastic job and everything is perfect. It’s just like new!